The use of 'birthing people' has once again ignited the debate about “woke culture carrying things too far”, and conservatives using the “woke bogey” to derail important, long overdue conversations. 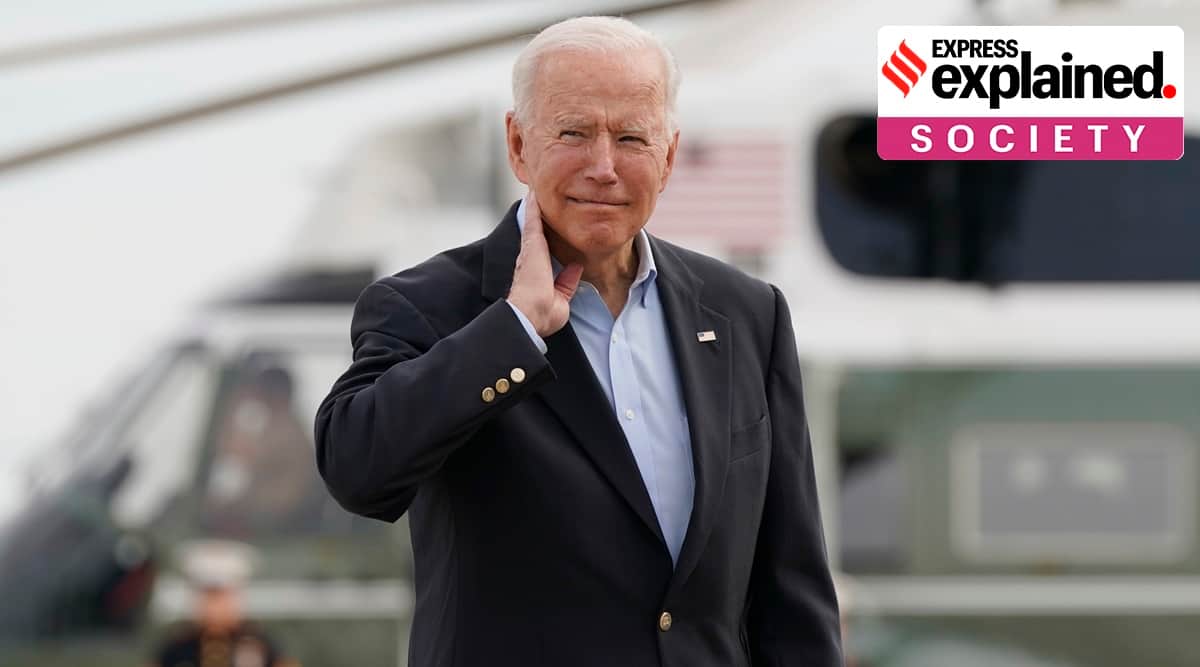 In its 2022 fiscal year budget released recently, the US government has replaced the word ‘mothers’ with ‘birthing people’ in a section that deals with bringing down maternal mortality rates.

“The United States has the highest maternal mortality rate among developed nations, with an unacceptably high mortality rate for Black, American Indian/Alaska Native, and other women of color,” the policy document says, and lists a range of measures to “help end this high rate of maternal mortality and race-based disparities in outcomes among birthing people”.

The use of the term has been mocked by many, including President Joe Biden’s Republican opponents, and has once again ignited the debate about “woke culture carrying things too far”, and conservatives using the “woke bogey” to derail important, long overdue conversations.

Why replace mothers with ‘birthing people’?

The term ‘birthing people’ is from the realm of trans-rights activism, and is a step towards making vocabularies less rigid in terms of gender, so that people beyond binary gender identities can be included and represented. Other such terms include chest-feeding instead of breast-feeding, and ‘menstruating people’ or ‘menstruators’ instead of ‘menstruating women’, which author JK Rowling famously took offence to.

Those who advocate the use of ‘birthing people’ say it is not just women who give birth. Transmen — a person assigned the female gender at birth but who identifies as a man – and genderqueer people – who identify as neither man nor women – also give birth.

Prominent examples of this are USA’s Thomas Beatie and UK’s Freddy McConnell, who gave birth while identifying as men. McConnell last year lost a much-publicised legal battle to be officially recognised as the father, and not the mother, of the baby he gave birth to.

People argue that since the language of pre- and post-natal care is entirely built around a female mother, it erases such parents. This exclusion can negatively impact not just the mental health of such parents, but can also mean compromised medical care for them, if practitioners refuse to recognise their unique conditions.

Another argument for the use of ‘birthing people’ is that a surrogate can give birth, who is not the ‘mother’ of the child.

While it is difficult to trace exactly when the term ‘birthing people’ was coined, it has recently been used by prominent people and institutions, though hitherto none as high-profile as the US government.

Where else has the term ‘birthing people’ been used?

In May, US Congresswoman Cori Bush had used the term in an impassioned, personal speech about the discrimination Black mothers face from healthcare professionals, resulting in a much higher maternal mortality rate for Black people than White people in America. In the speech made at a House Oversight hearing, Bush had described how she almost lost her children to poor healthcare, and said as a Congresswoman, she would do her utmost to save “Black mothers, Black babies and Black birthing people”.

After the use of the term led to an uproar, NARAL, a US non-profit working for abortion rights, tweeted, “When we talk about birthing people, we’re being inclusive. It’s that simple. We use gender neutral language when talking about pregnancy, because it’s not just cis-gender women that can get pregnant and give birth. Reproductive freedom is for *every* body.”

In February this year in the United Kingdom, an NHS trust hospital, Brighton and Sussex University Hospitals, said it would use terms like ‘chestfeeding’ instead of breastfeeding, ‘birthing parent’ instead of ‘mother’, and ‘second biological parent’ or ‘co-parent’ instead of father, in an attempt to be more trans-inclusive.

Also in February, a handbook published by the Gender Institute of Australian National University had advocated the use of terms like chest-feeding and “gestational” and “nongestational” parent. A spokesperson for ANU, however, had later said these were not the official views of the university.

An October 2020 article on the website of the Harvard Medical School also talks about “maternal justice” for “all birthing people”.

Debate around the term

There are many who feel that “birthing people” is an example of ‘extreme wokeism’, where the efforts to be inclusive are taken to ridiculous heights, unlikely to win support for the cause. Critics point out that attempts to be inclusive can lead to anxious ‘over-gendering’. For example, ‘chest-feeding’ is supposed to be gender-neutral, when for centuries, battle armour, rather a ‘masculine’ ensemble, has included ‘breastplates’.

Others argue that the term erases women from a struggle that is uniquely female, and can make cis-het women feel alienated. After Cori Bush’s speech, Republican representative Nancy Mace had tweeted, “The left is so woke they’re stripping from women the one thing that only we can do.” Mace was joined by actor Rose McGowan, who posted, “Why are you smearing bio-women to virtue signal to trans women?”

Another argument is that “birthing people” reduces the act of parenthood to one bodily function – giving birth.

Yet another criticism of ‘birthing people’ is that a term supposed to be inclusive actually excludes adoptive parents. “To all those who reject the term “Mother’s Day” in favour of “birthing persons’ day” you have just slighted all the incredible mothers who adopted children…,” American political commentator and lawyer Greta Van Susteren had tweeted in May.

The counter-arguments are that the term does not erase women, as women too, after all, are ‘people’; and the assumption that only women are mothers puts the pressure of “confirming to motherhood” on women who may not wish to have children. Also, since the term ‘birthing people’ is used in the context of childbirth care, it does not exclude adoptive parents.

Another way suggested is that ‘birthing people’ be used along with women, instead of a complete replacement.

For example, the NHS trust hospital had said on its website that its “gender-additive approach” would involve “using gender-neutral language alongside the language of womanhood, in order to ensure that everyone is represented and included”.

Cori Bush too, in her speech, had used both ‘Black mothers’ and ‘Black birthing people’.

Yet others argue that the squabble over terms becomes a distraction from the actual issue under discussion, and that the conservative sections have found this an easy way to sidetrack important conversations. The use of the term is deliberately stretched to absurd extent, to win over public sentiments.

For example, when Biden’s budget was presented, Heritage Foundation lobbyist Jessica Anderson tweeted, “Biden’s budget would literally erase the word ‘mother’ and replace it with the woke and watered-down term ‘birthing people’ in relation to maternal health. Why does Biden want to cancel mothers?”

The document does use the term “maternal care” several times, and hence arguably does not wish to ‘cancel’ mothers.

Another recent example of this was in the UK, when the Jane Austen museum talking about renovations and introducing more historical context had been seen as an attempt to ‘cancel’ Austen as racist due to her tea-drinking.

Cori Bush too, after the uproar about her speech, had said, “I testified in front of Congress about nearly losing both of my children during childbirth because doctors didn’t believe my pain. Republicans got more upset about me using gender-inclusive language in my testimony than my babies nearly dying.”