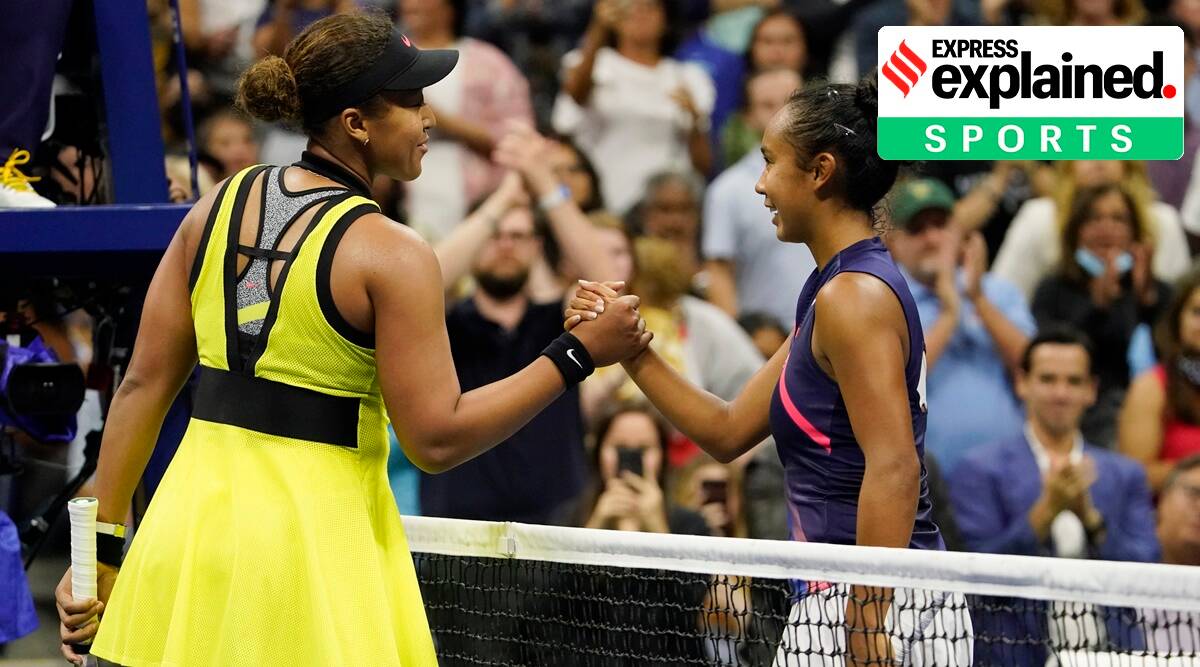 What is Naomi Osaka's record against lefties? Does she struggle against left-handers? How did Leylah Fernandez serve to Osaka? The 7-5, 6-7 (2), 4-6 loss to Leylah Fernandez was Naomi Osaka’s third-straight defeat to a left-hander. She lost to Czech player Marketa Vondrousova at the Tokyo Olympics and to Swiss Jil Teichmann at the Cincinnati Masters last month.

Is it difficult for right-handed players to play against left-handers?

It isn’t easy. The fundamental reason behind players’ struggle against southpaws is the unfamiliarity. Lefties make up 10 per cent of the general population. The percentage is lower in the upper echelons of women’s tennis. There are eight left-handers in the WTA top 100, and 15 in the men’s top 100. While left-handers are playing right-handers almost all the time, right-handers rarely get to face lefties. At the junior level, right-handers don’t see many lefties and they remain unaccustomed to the angles and spins that come off a left-hander’s racquet.

What is Osaka’s record against lefties?

Osaka is 18-11 against left-handers. She is 8-8 since 2017; four of those defeats came against former World No 1 Angelique Kerber of Germany, and the last three have come in the past five weeks.

Does she struggle against left-handers?

“If I happen to play a left-hander, then yes, at times we will try and find a left-hander to warm us up, more for the serve than anything else,” Barty said at the Madrid Open earlier this year. “Also playing doubles with Casey (Dellacqua) for many years, I have seen millions of left-handed serves over my time. Not something that concerns me at all.”

When Osaka was asked about her trouble against lefties on Saturday, she said, “I can’t even tell you how it feels to return it because I don’t think I could have returned a ball against a righty today either. It wasn’t like she was serving bombs, so I’m not really sure what to say.”

It’s true that Fernandez wasn’t “serving bombs.” The 18-year-old Canadian’s first serves (156kmph on average) were 14 kmph slower than Osaka’s. But the direction of the serves complemented the speed.

How did Fernandez serve to Osaka?

The biggest tactical advantage for lefties is the out-wide serve from the ad-side of the court, when they swing the ball to the backhand of the right-hander. They can use the slice serve to swing the ball out wide, or put some topspin on the ball to kick it off higher.

When Fernandez served to Osaka’s backhand, she further dropped the speed to get more angle. The average speed of serves directed to the backhand was 146kmph, the ball bounced higher and the average contact height of return was 3.9ft. The ploy helped her take advantage of Osaka’s weaker backhand. Serving to the forehand, Fernandez served at 162kmph. The pace meant the ball skidded and stayed low. The contact height of return was 3.5ft, making it difficult for 5’11 Osaka to dictate the point.