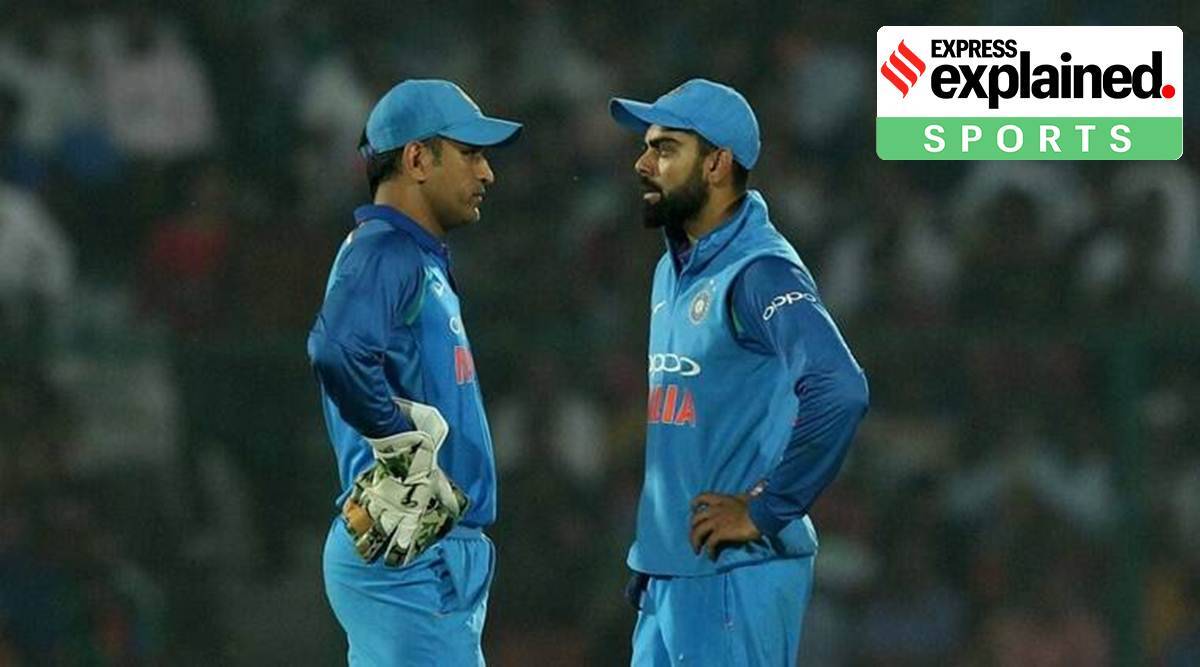 MS Dhoni becoming the mentor of the Virat Kohli-led Indian team for the T20 World Cup may come as a surprise but the former India skipper’s success in white-ball cricket makes him the right choice.

Why go back to Dhoni?

Dhoni, as the cliché goes, has been there and done that and is still an active cricketer in the Indian Premier League, which means he is very much in touch with the game. His near-unflappable nature and quick reading of game situations would be an asset in a format where thinking on one’s feet is the need of the hour.

The nature of wickets in the United Arab Emirates and the kind of bowlers who are likely to prosper in those conditions may have also had an influence in the BCCI roping in Dhoni.

The selectors have included five spinners in the squad, expecting pitches to be favourable to tweakers. Dhoni, as seen during the IPL and also in limited-overs cricket, would hand-hold spinners when it came to strategy and setting up batsmen. Though he will only be in the dugout now, his active involvement as part of the think-tank can only help skipper Virat Kohli’s decision-making.

Dhoni has also captained or mentored most of the younger players in the squad so there is already some familiarity.

So has the Kohli-Ravi Shastri combo not worked in limited-overs cricket?

Under Kohli’s captaincy, the team has failed to win a major limited-overs title. India lost in the final of the 2017 Champions Trophy to Pakistan and lost in the semi-finals of the 2019 50-over World Cup to New Zealand. In the IPL too, Kohli, who leads the Royal Challengers Bangalore, has not tasted success. Dhoni, on the other hand, is a three-time champion with Chennai Super Kings. The Test team under Kohli has won two away series in Australia and he is the most successful Indian skipper overseas. However, in the shorter formats the team has been found wanting. Though it would be unfair to solely blame Kohli, a world title in white-ball cricket has been elusive for eight years. Having the ICC’s white-ball teams’ Captain of the Decade within earshot is something Kohli will welcome.

Why is this being seen as a masterstroke?

With the tenure of head coach Ravi Shastri and his support staff expiring after the T20 World Cup, and BCCI not keen to renew their contracts, Dhoni’s appointment works as a perfect stop-gap arrangement. Since putting in place a new coach just before an important ICC tournament was far from ideal, the BCCI came up with the masterstroke of adding a trusted old hand to the team management. Dhoni’s reputation as a sharp decision-maker in white-ball cricket, and his cordial working relationship with both Kohli and Shastri went a long way in his return to the Indian dressing room. With Dhoni still active as an IPL cricketer and showing no inclination to pursue the job of India coach, the one-off stint as a mentor is a win-win situation for everyone.