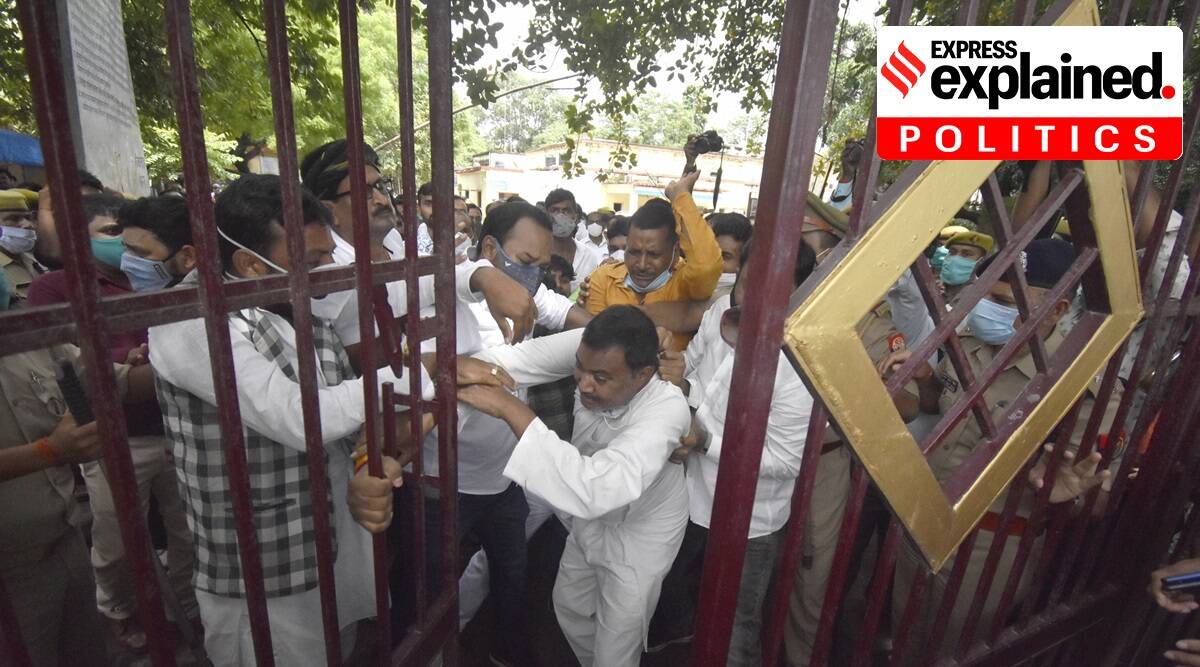 Uttar Pradesh's panchayat polls, which are not contested on political lines, are usually ignored by parties. This time, ahead of next year’s Assembly elections, the stakes have suddenly become high. 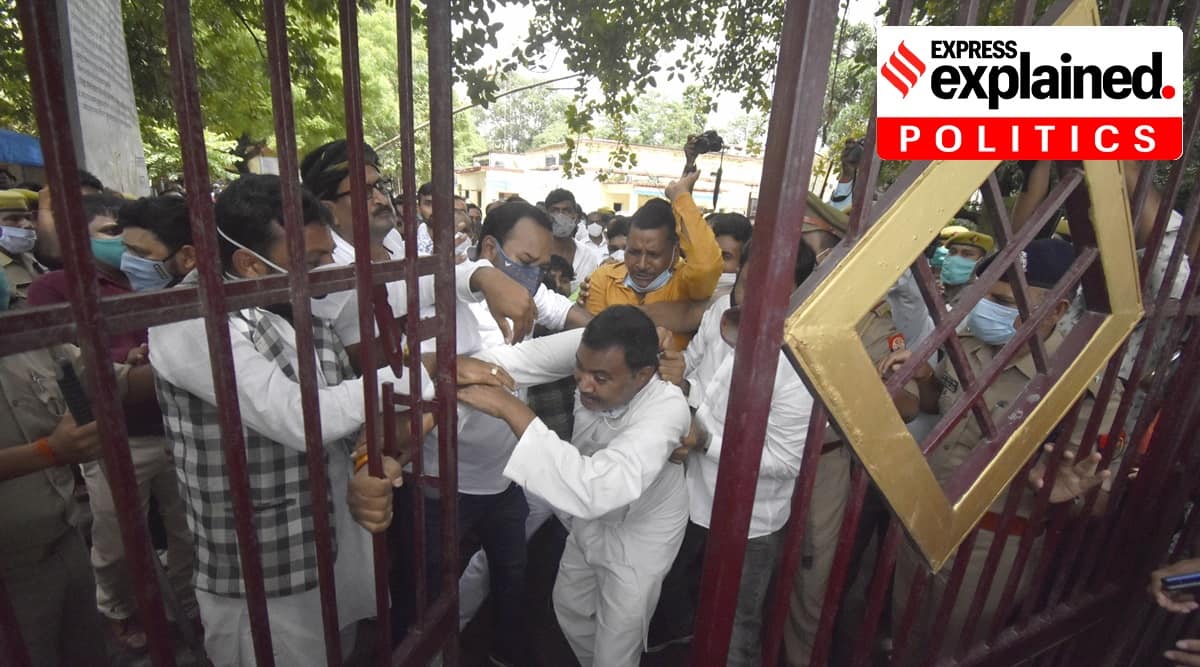 Large-scale violence broke out across Uttar Pradesh on Thursday, the date for filing of nominations for the election of the heads of 825 kshetra panchayats (Development Blocks) — the final phase of panchayat polls in the state. Opposition parties have accused the ruling BJP of indulging in the violence and misusing the government machinery ahead of voting on Saturday. The BJP, for its part, has blamed the opposition for the violence.

UP’s panchayat polls, which are not contested on political lines, are usually ignored by parties. This time, ahead of next year’s Assembly elections, the stakes have suddenly become high. The BJP and the Samajwadi Party are both keen to showcase an impression of support from the grassroots.

The system & the polls

In the first phase, the BJP had broken from tradition and declared party-backed candidates for all 3,050 zila panchayat posts. It had pushed hard, giving ministers responsibility for these village-level polls.

Since the elections are not contested on party lines, it is not possible to determine the number of winners from any party. The BJP and the Samajwadi Party each claimed to have won more seats than the other.

Once it was clear that it had not done well in the first phase of the elections, the BJP was pushed on the defensive. The SP claimed that the results showed the BJP was in retreat ahead of the Assembly elections. It became necessary for the BJP, therefore, to project a picture of success in the next two phases of the panchayat polls.

In the election of zila parishad chairpersons, 22 candidates were declared winners unopposed on the very day of filing nominations. One was backed by the SP; the other 21 were all BJP-backed candidates.

After polls took place in the remaining 75 seats on July 3, the BJP claimed that 67 of the winners were candidates it was backing.

Following the filing of nominations on Friday, the BJP claimed that of the total 825, 290 candidates supported by the party had already won unopposed, as no one filed nominations against them. According to information shared by the UP State Election Commission on Friday evening, a total of 349 candidates have been elected unopposed,

Polls for the remaining 476 seats, followed by counting, will take place on Saturday.

With the BSP, which had contested the first phase of direct polls, having backed out of the elections for the zila panchayat and kshetra panchayat heads, the BJP and SP are locked in a direct contest. Both parties have alleged that their proposers were threatened in order to deter them from filing nominations.