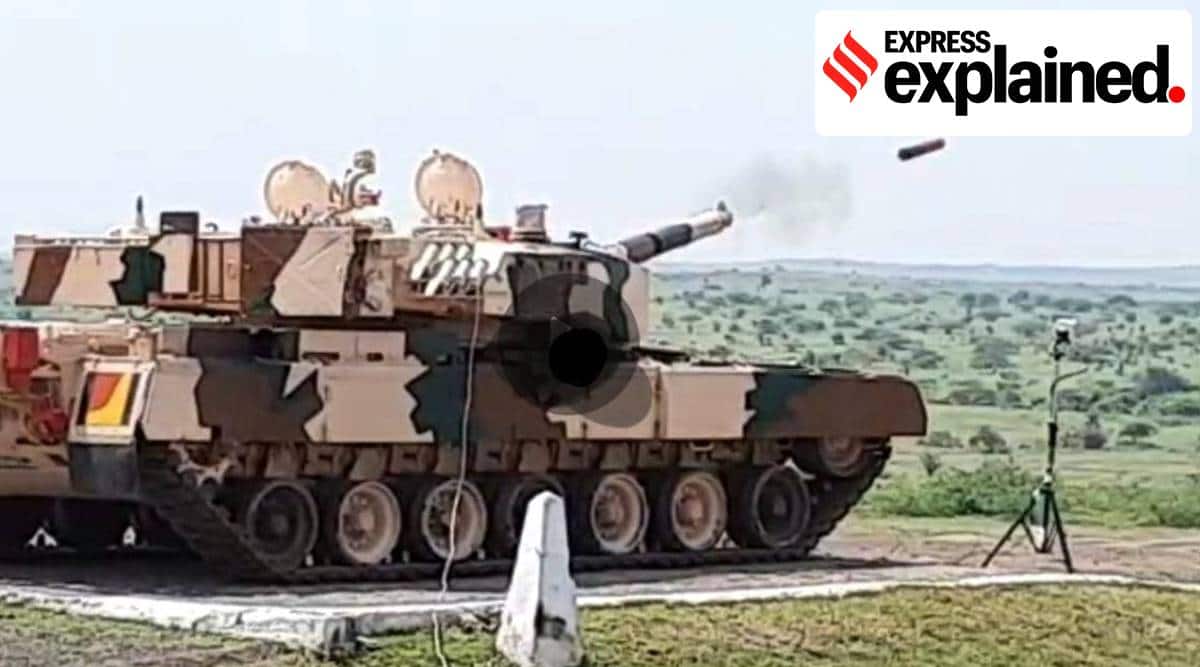 The indigenously developed laser-guided version of the Anti-Tank Guided Missile (ATGM) was successfully test fired by the Defence Research and Development Organisation (DRDO) on two separate occasions recently and will undergo more validation tests in coming days before it is ready for the user trials. We look at the importance of the weapons system while countering armoured vehicles.

When did ATGMs first come into use?

The development of ammunition that can pierce the armours of tanks and the material that can withstand such ammo has been an ongoing race since World War I. But it wasn’t until the next World War that armies across the world began to use the ATGMs, missile systems that can strike and neutralise armoured vehicles such as tanks.

While Indian Army mainly uses various imported anti-tank guided missiles, the DRDO has been working on ATGMs that can be launched from different platforms as part of the Integrated Guided Missile Development Programme.

The indigenously developed low weight, fire and forget Man Portable Anti Tank Guided Missile (MPATGM) was successfully in September last year. In February 2018, ATGM Nag was successfully tested in desert conditions. All these systems, which are mainly used by infantry units of the Army, are in their various stages of development. In the meantime, the government said in December 2019 that it has procured Anti-Tank Spike Missiles from Israel along with the allied systems to meet operational requirements of the Indian Army.

How are laser-guided ATGMs different?

The laser-guided ATGM, which was successfully tested recently on September 22 and later on October 1, mainly differs in one aspect from other ATGMS developed till date. This ATGM — which is yet to receive an operational name — is designed to be fired from tanks. With its range limited to 1.5 to 5 kilometers, it locks and tracks the targets with the help of laser designation to ensure precision in striking the target. The missile uses a ‘tandem’ High Explosive Anti Tank (HEAT) warhead. The term tandem refers to the missiles using more than one detonation in order to effectively penetrate the protective armours. This missile has the capacity of piercing armoured vehicles which use specially designed armour plates to counter the impact of such projectiles.

It is currently undergoing tests to be integrated with India’s Main Battle Tank (MBT), Arjun. DRDO scientists said more tests for hitting targets at different ranges and for testing other flight parameters are planned in coming days. After these series of validation tests, the system will be ready for the user trial by the Army, when it will be tested for various weather conditions, among other things.

These tests were conducted from MBT Arjun at the field ranges of the Armoured Corps Centre and School (ACC&S) of the Indian Army, located on the outskirts of Ahmednagar in Maharashtra. In the September 22 test, the missile was tested for a target placed at 3 kilometer range. On October 1, it was successfully test fired for a slightly longer range.

The role of armoured and mechanised vehicles has remained decisive even in modern day warfare because of their ability to go past conventional defenses. Tank battles are generally fought in a close range of under five kilometers. The objective is to hit the enemy tank before they can take a clear shot. Development of missile systems that can defeat tanks built using modern armour act as a deterrent against enemy tanks from advancing.

DRDO scientists say the operability of the missile from a tank is a key feature in armoured warfare. The missile has the capability of engaging with the target even if it is not in the line of sight, thus further enhancing its capability.