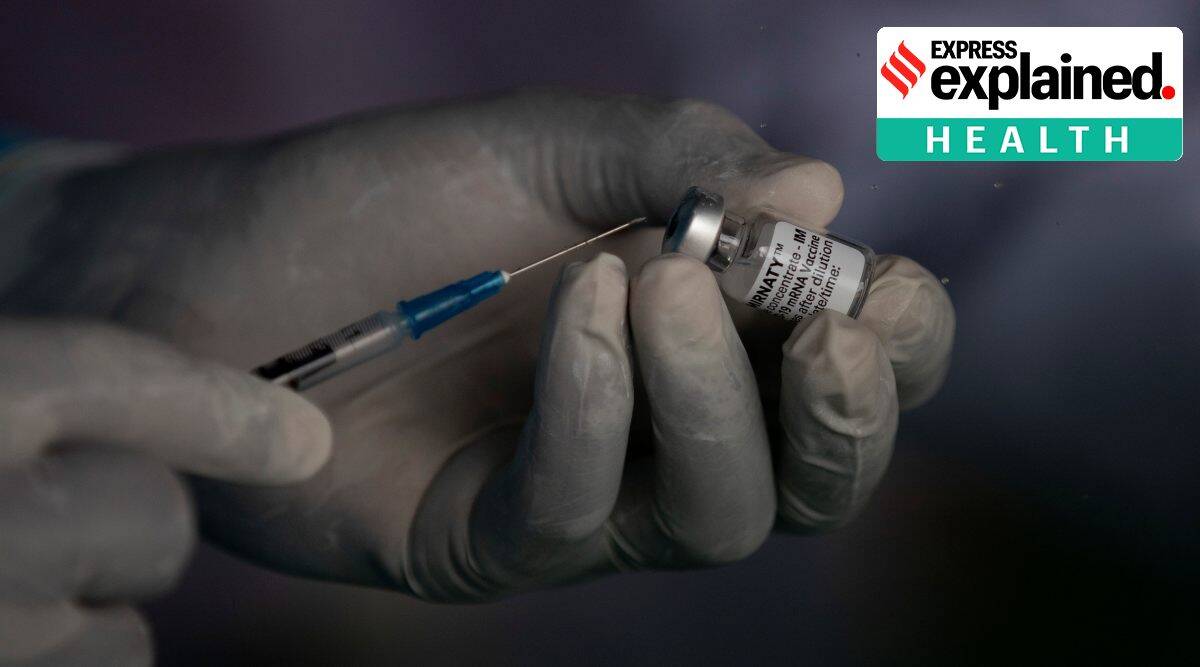 A booster shot is nothing but a means of strengthening one’s immune system against a particular pathogen. It may be exactly the same original vaccine, in which case its goal is to increase the magnitude of protection by producing more antibodies. 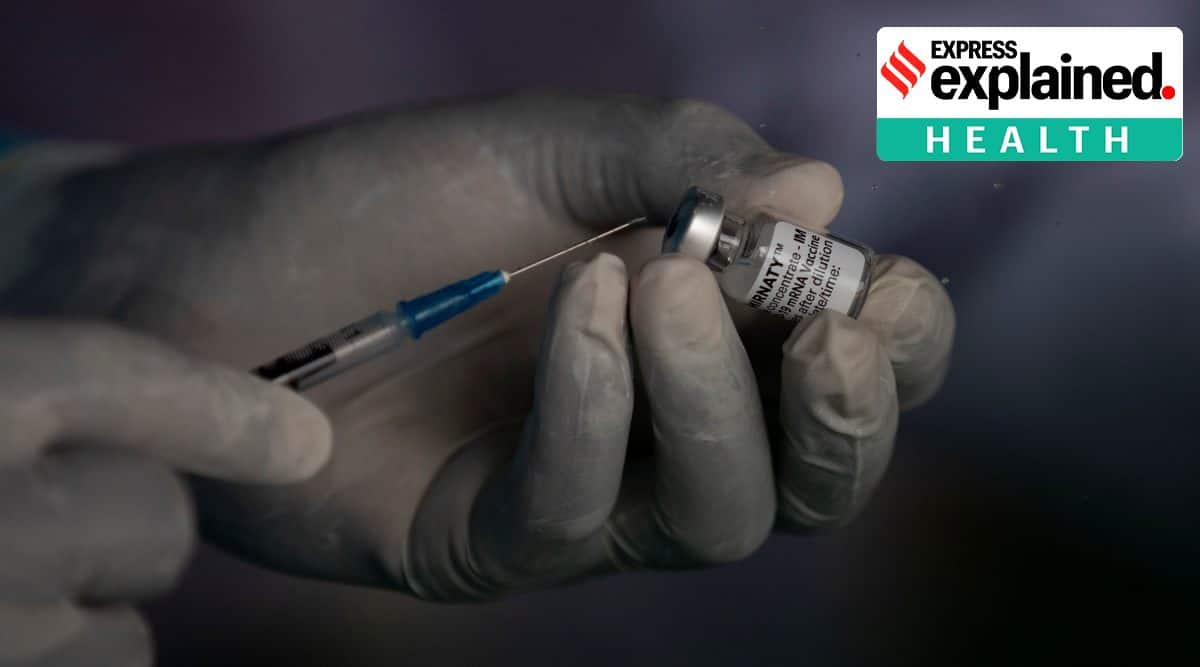 Delta, Delta Plus, Lambda — as the novel coronavirus continues to mutate, all eyes are upon vaccine manufacturers who continue studies to see how capable their shots are against these variants. While some manufacturers believe that their vaccines are effective against all variants, there are others which have noticed that the efficacy of their doses have been waning over time.

This is where the concept of a booster shot arises. While Pfizer has reached out to US regulators to authorise a booster dose of its Covid-19 vaccine within the next month, countries like United Arab Emirates, Thailand or Bahrain which had inoculated most of its population with the Oxford Astrazeneca doses have already decided to offer a booster shot. Even the United Kingdom — which has approved the Pfizer, Moderna, Johnson & Johnson and Oxford AstraZeneca vaccines— is already planning to give out boosters to those aged 50 and above before the winter.

However, the Centers for Disease Control and Prevention hasn’t offered any recommendations on this and has issued a statement saying Americans don’t need a booster shot yet. Similarly, National Institute of Allergy and Infectious Diseases director Anthony Fauci too has said there isn’t enough data for the government to recommend a booster.

So, what exactly is a booster shot?

A booster shot is nothing but a means of strengthening one’s immune system against a particular pathogen. It may be exactly the same original vaccine, in which case its goal is to increase the magnitude of protection by producing more antibodies.

Scientists can also tweak what goes into the booster if they are aiming to protect you from a new variant — a version of the virus that’s mutated significantly from the original version you were vaccinated against.

What a booster shot does is that it gives the memory cells the crucial signal to re-engage when the virus attacks. This can be useful whether the booster contains the original vaccine or something different. If it contains the original one, it’ll amplify the signal, increasing the number of antibodies produced and if it contains a tweaked recipe, it will train the cells to recognise new features of the virus and produce antibodies, should one be exposed to a newer variant.

Who would need a booster shot?

The first thing to keep in mind is that these shots are only for the fully-vaccinated. With new variants leading to Covid waves across the world, health authorities will be considering a few factors before rolling out these shots.

Firstly, these boosters will be particularly helpful for the elderly and immunocompromised people whose bodies were unable to mount a robust protection against the virus following the first two shots. Secondly, if there are studies showing that a new variant can sneak past the antibodies created by a specific vaccine, the need of a tweaked booster shot arises then.

For example, Pfizer and its German partner BioNTech have started designing a version of their vaccine specifically to combat the highly-contagious Delta variant, Pfizer’s chief scientific officer Mikael Dolsten said. He added that he had recently reported a dip in the vaccine’s effectiveness in Israel which was mostly due to infections in people who had been vaccinated in January or February.

Pfizer CEO Albert Bourla, too, tweeted that the company believes a booster dose “will likely be necessary to maintain highest levels of protection” against Covid, with initial data from its booster study demonstrating that the added dose was eliciting 5-10-fold higher antibody response.

Also, there comes into play the composition of the vaccine that you have taken. Officials are worried as the Delta and other variants appear to be breaking down defenses of vaccines not made from the super-effective messenger RNA technology, or mRNA. In the Seychelles, five people fully vaccinated with AstraZeneca’s shot have died.

Research shows that the Delta mutation is powerful enough to make even mRNA shots from BioNTech SE and Moderna less effective, bringing down protection to below 90%. The effectiveness of AstraZeneca’s viral vector vaccine against symptomatic infections caused by the variant was lower at 60%, a study showed, though it can still prevent more than 90% of hospitalisations.

Should my booster shot be the same as my original vaccine or can I opt for a different one?

Studies have shown that a person getting a booster shot does not necessarily have to opt for the same vaccine he had taken originally.

In fact, a recent study published in The Lancet shows that people who got a shot of the Oxford AstraZeneca vaccine and then got a Pfizer shot a month later produced stronger immune responses than people who got two Oxford AstraZeneca doses. Impressively, combining the two vaccines also created the strongest T-cell (the cells responsible for killing the viruses) response — more than double that from two Pfizer doses.

The Oxford AstraZeneca vaccine uses a harmless virus called an adenovirus to carry genetic material from SARS-CoV-2 into cells. Vaccines using this technology have a good track record of inducing strong T-cell responses, whereas vaccines using messenger RNA, such as Pfizer’s, have proved “exceptionally good” at inducing high levels of antibodies, a study published in the Nature stated. It added that mixing an mRNA vaccine and an adenovirus-based one could therefore provide “the best of two worlds”.

What do health authorities say about a booster shot?

Booster shots are yet to get a nod from the World Health Organisation (WHO). In fact, the WHO has expressed caution in encouraging third doses. Chief scientist Soumya Swaminathan said in June that such a recommendation was unnecessary and premature given the paucity of data on booster shots and the fact that high-risk individuals in much of the world still haven’t been fully vaccinated.

The US Centers for Disease Control and Food and Drug Administration said in a joint statement that people who are fully vaccinated don’t need a booster shot at this time, adding that they were engaged in a science-based process to consider whether or when such doses might be necessary.

However, the approach is very different for many other countries. Middle Eastern countries are already offering booster shots to people who had completed their vaccination many months ago. Thailand, too, plans to use vaccines from AstraZeneca and Pfizer as boosters for healthcare workers who earlier received Sinovac shots. The Indonesian Doctors Association this week also called for booster shots for health workers, after some medical staffers died despite being fully inoculated with Sinovac and AstraZeneca.

Even China, which has fully immunised more than a third of its 1.4 billion people with homegrown vaccines, has a study underway to evaluate the benefit of booster shots. Sinovac CEO Yin Weidong has said a third shot of the company’s vaccine, given three to six months after full inoculation, could raise antibody levels by as much as 20 times.