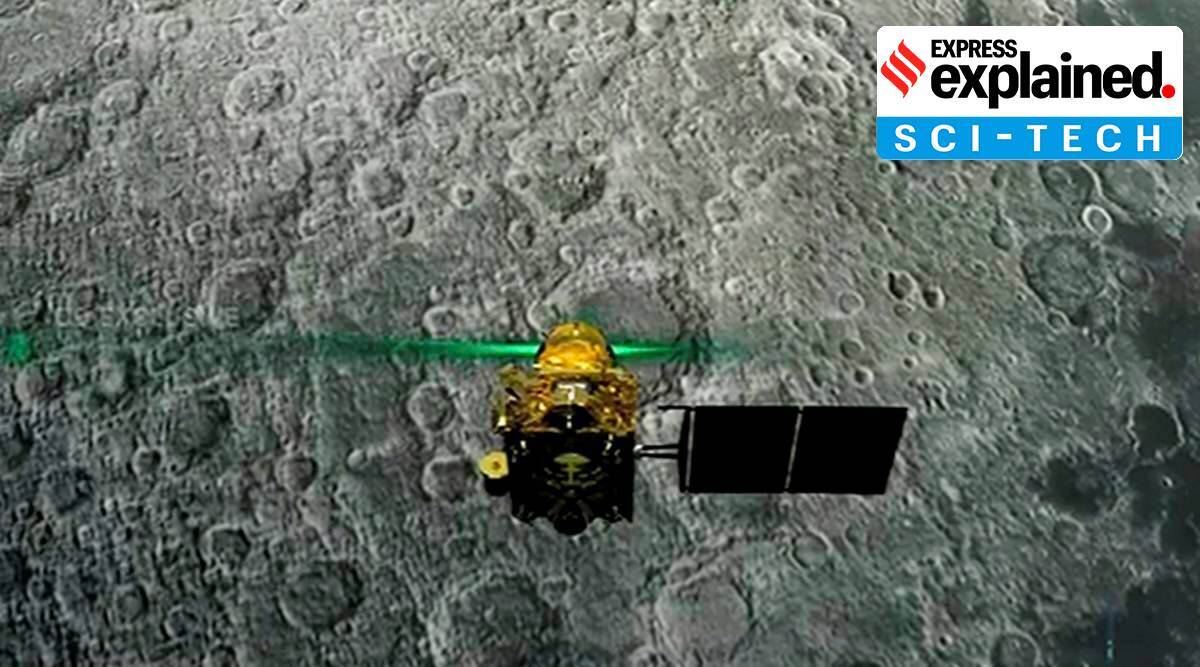 Although the soft landing on the Moon failed, the Orbiter has been doing its job. 2 years on, ISRO has released the information gathered, from confirmation of the presence of the water molecule to data about solar flares. 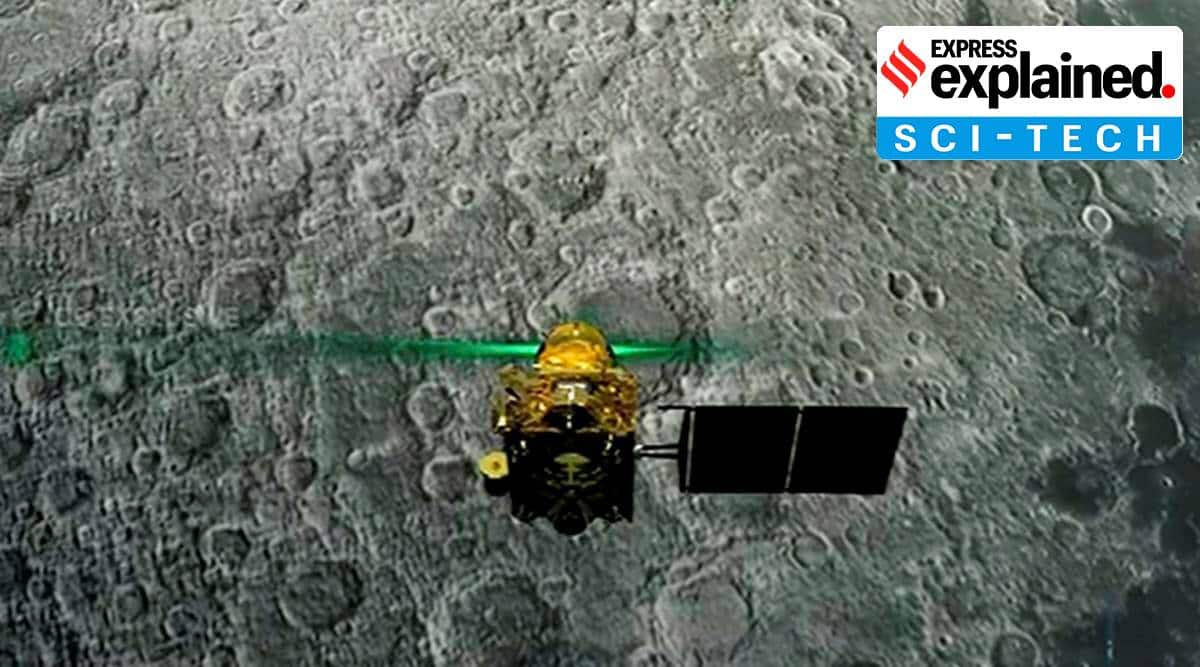 The failure of Chandrayaan-2, India’s second mission to the Moon, to make a soft-landing on the lunar surface had led to much disappointment. The lander and rover malfunctioned in the final moments and crash-landed, getting destroyed in the process.

But that did not mean the entire mission had been wasted. The Orbiter part of the mission has been functioning normally, and in the two years since that setback, the various instruments on board have gathered a wealth of new information that has added to our knowledge about the Moon and its environment.

Earlier this week, the Indian Space Research Organisation (ISRO) released the information gathered by the scientific payloads till now, some of which were still to be analysed and assessed.

What is the information gathered?

The Orbiter is carrying eight instruments. Through different methods, these instruments are meant to carry out a few broad tasks — study in more detail the elemental composition of the lunar surface and environment, assess the presence of different minerals, and do a more detailed mapping of the lunar terrain.

ISRO has said each of these instruments has produced handsome amount of data that sheds new light on the moon, and offers insights that could be used in further exploration.

Some of the most significant results so far:

WATER MOLECULE: The presence of water on the Moon had already been confirmed by Chandrayaan-1, India’s first mission to the Moon that flew in 2008. Before that, NASA missions Clementine and Lunar Prospector too had picked up signals of water presence. But the instrument used on Chandrayaan-1 was not sensitive enough to detect whether the signals came from the hydroxyl radical (OH) or the water molecule (H2O, which too has OH ).

Using far more sensitive instruments, the Imaging Infra-Red Spectrometer (IIRS) on board Chandrayaan-2 has been able to distinguish between hydroxyl and water molecules, and found unique signatures of both. This is the most precise information about the presence of H2O molecules on the Moon till date.

Previously, water was known to be present mainly in the polar regions of the Moon. Chandrayaan-2 has now found signatures of water at all latitudes, although its abundance varies from place to place. The IIRS characterised hydration features in the north polar region on the far side of the Moon and has also quantified the hydration within a crater.

Besides, the Dual Frequency Synthetic Aperture Radar, a microwave imaging instrument, has reported unambiguous detection of potential water ice at the poles as it has been able to distinguish properties of surface roughness from that of water ice, which is a first.

MINOR ELEMENTS: The Large Area Soft X-Ray Spectrometer (CLASS) measures the Moon’s X-ray spectrum to examine the presence of major elements such as magnesium, aluminium, silicon, calcium, titanium, iron, etc. This instrument has detected the minor elements chromium and manganese for the first time through remote sensing, thanks to a better detector. The finding can lay the path for understanding magmatic evolution on the Moon and deeper insights into the nebular conditions as well as planetary differentiation.

CLASS has mapped nearly 95% of the lunar surface in X-rays for the first time.

Sodium, also a minor element on the Moon surface, was detected without any ambiguity for the first time. Scientists at ISRO believe that based on the CLASS findings with respect to sodium, “a direct link of exospheric sodium to the surface can be established (with global data)”, a correlation that remains elusive till date. The finding also opens up the avenue to explore processes causing the sodium to be present on the surface as well as the exosphere.

STYUDYING THE SUN: One of the payloads, called Solar X-ray Monitor (XSM), besides studying the Moon through the radiation coming in from the Sun, has collected information about solar flares. XSM has observed a large number of microflares outside the active region for the first time, and according to ISRO, this “has great implications on the understanding of the mechanism behind heating of the solar corona”, which has been an open problem for many decades.

How does all this help?

While the Orbiter payloads build upon existing knowledge of the Moon in terms of its surface, sub-surface and exosphere, it also paves the path for future Moon missions. Four aspects — mineralogical and volatile mapping of the lunar surface, surface and subsurface properties and processes involved, quantifying water in its various forms across the Moon surface, and maps of elements present on the moon — will be key for future scope of work.

A key outcome from Chandrayaan-2 has been the exploration of the permanently shadowed regions as well as craters and boulders underneath the regolith, the loose deposit comprising the top surface extending up to 3-4m in depth. This is expected to help scientists to zero in on future landing and drilling sites, including for human missions.

Some key future Moon missions that hope to make use of such data include the Japan Aerospace Exploration Agency (JAXA)-ISRO collaboration Lunar Polar Exploration (LUPEX) mission scheduled for launch in 2023/2024. Its aim is to obtain knowledge of lunar water resources and to explore the suitability of the lunar polar region for setting up a lunar base.

NASA’s Artemis missions plan to enable human landing on the Moon beginning 2024 and target sustainable lunar exploration by 2028. The Chinese Lunar Exploration Programme too plans to establish a prototype of the International Lunar Research Station (ILRS) at the lunar south pole and build a platform supporting large-scale scientific exploration.

What was missed because of the crash-landing?

The most obvious miss has been the opportunity to demonstrate the technology to make a soft-landing in outer space. ISRO scientists maintain that the accident was caused by a relatively small error that has been identified and corrected. But, to demonstrate this technology all over again, ISRO would have to send a fresh mission, Chandrayaan-3, planned for next year. It is expected to have only a lander and rover, and no Orbiter.

The lander Vikram and rover Pragyaan were carrying instruments to carry out observations on the surface. These were supposed to pick up additional information about the terrain, and composition and mineralogy. While the instruments on board the Orbiter are making “global” observations, those on the lander and rover would have provided much more local information. The two diverse sets of data could have helped prepare a more composite picture of the Moon.