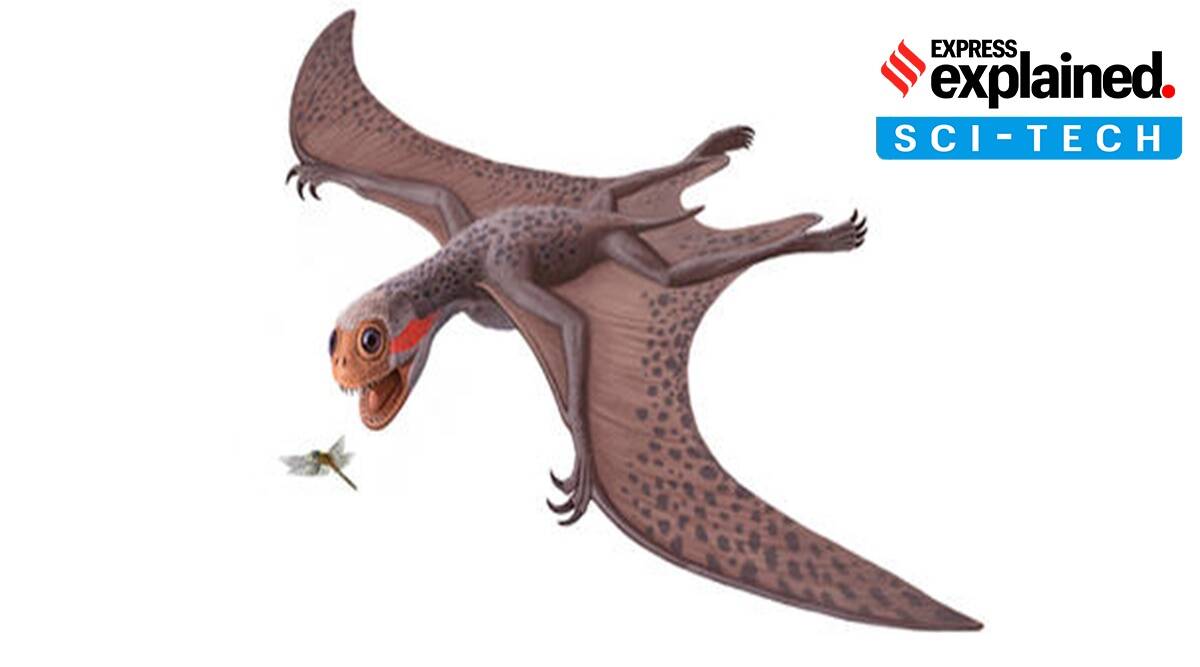 Pterosaurs are reptiles that are close cousins of dinosaurs, the first animals after insects to evolve powered flight. Some pterosaurs were as large as an F-16 fighter jet, while others were as small as a paper airplane. 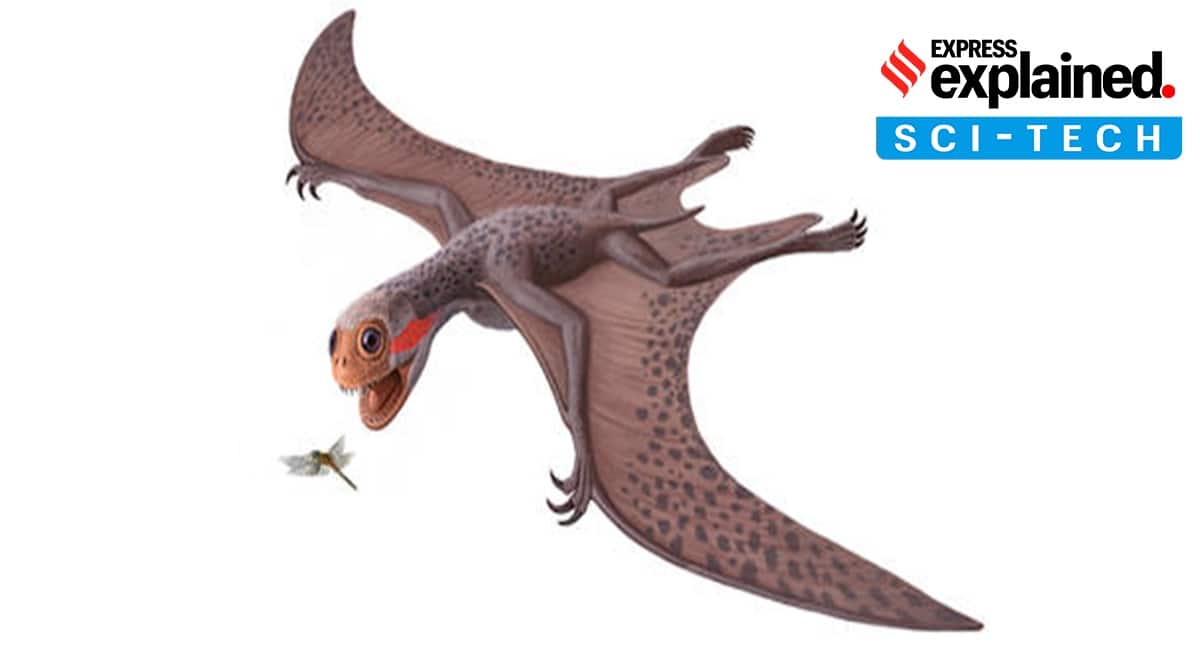 Azhdarchid pterosaurs, the giant reptiles that flew in the skies nearly 65 million years ago, had necks longer than that of a giraffe (on average a giraffe’s neck is about 6 feet long). Now, researchers have reported a new finding about their long necks — that the thin neck vertebrae were supported by an intricate internal structure that is unlike anything seen before.

The results of their study were published in the journal iScience on Wednesday.

Pterosaurs are reptiles that are close cousins of dinosaurs, the first animals after insects to evolve powered flight. Some pterosaurs were as large as an F-16 fighter jet, while others were as small as a paper airplane.

Pterosaurs went extinct about 65-66 million years ago (end of the Cretaceous period) and while they did not leave any of their descendants behind, scientists and researchers look for other ways to understand them – through their fossils, which, according to the American Museum of Natural History (AMNH), are not as abundant as their dinosaur cousins. One reason for this is that few pterosaurs lived in places where fossils tend to form, because of which their bones are preserved poorly.

Azhdarchid pterosaurs are one type of pterosaur and one of the distinguishing characteristics about them is how big they were, especially their long necks. Some of these pterosaurs were the largest animals to have flown in the sky, with wingspans greater than 30 feet, which is equivalent to the length of the digestive system in an adult human being, half the length of a cricket pitch or the lengths of two Volkswagen Beetles.

The name azhdarchid, as per a blog on the Scientific American comes from Azhdarcho, a Central Asian form named by Russian ornithologist and paleontologist Lev Nesov in 1984 for the Uzbek word azhdarkho, which means dragon.

What have the researchers found?

Researchers involved in this study were curious about how the reptile’s long neck functioned and how it was able to support the pterosaur’s body, allowing them to capture and eat heavy prey animals. Essentially, they were looking for an explanation that could help them understand how the pterosaur’s long necks didn’t snap when they carried large prey from one place to another.

The specimen for this study was obtained from the south east of Morocco and is accessioned in the collection of the Faculté des Sciences Aïn Chock, Université Hassan II, Casablanca, Morocco. While pterosaur bones are thin and fragile, in this particular specimen, some of its elements were in near perfect condition and researchers note that the preservation of the bone microstructure was also excellent.

When researchers used X-ray computed tomography and 3D modeling on this specimen, they found that the vertebrae was filled with radial, spoke-like trabeculae that crossed each other like the spokes of a bicycle, which explained how the neck was able to support itself and the weight of the pterosaurs’ heads.

“It appears that this structure of extremely thin cervical vertebrae and added helically arranged cross-struts resolved many concerns about the biomechanics of how these creatures were able to support massive heads — longer than 1.5 meters — on necks longer than the modern-day giraffe, all whilst retaining the ability of powered flight,” Dave Martill of the University of Portsmouth, UK who is one of the co-authors of the study was quoted as saying in a press release.