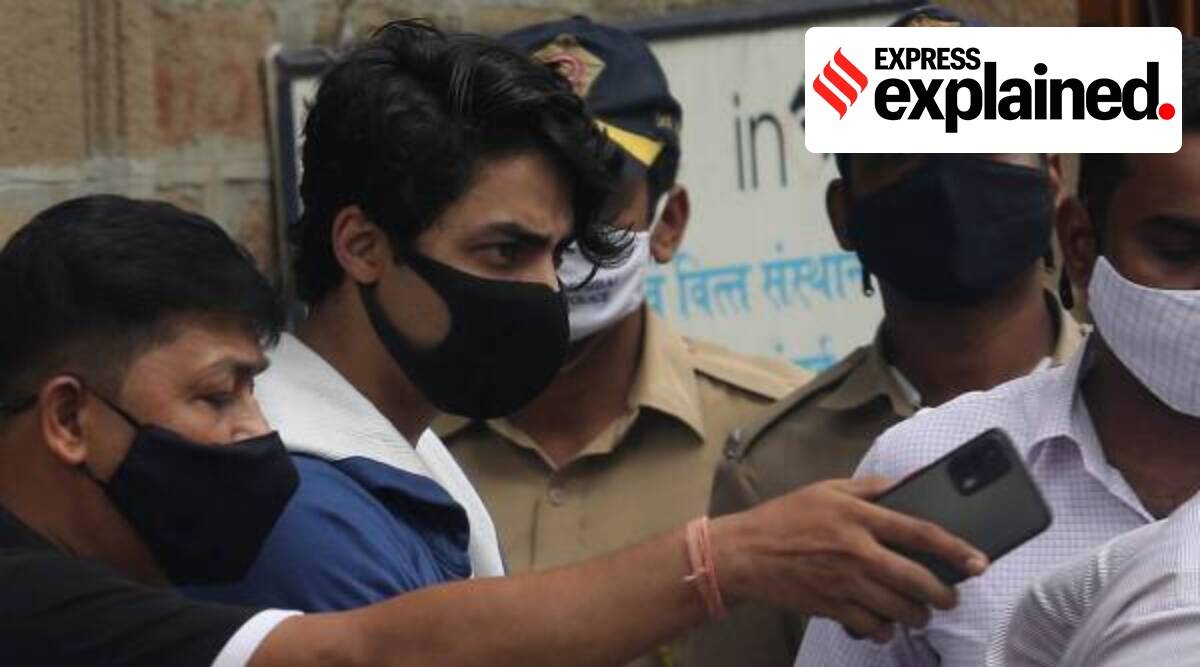 Seeking bail for Aryan Khan, senior advocate Amit Desai argued in the court and said, “Only thing they are using to keeping us in custody is WhatsApp chats, which were from before. There are no WhatsApp chats in any manner whatsoever supporting conspiracy theory”. Seeking bail for Aryan, the senior advocate relied upon this judgment pronounced by the Punjab and Haryana High Court in an NDPS Act case. Here’s what the case is all about.

Seeking bail for Aryan Khan, Desai argued in the court and said, “Only thing they are using to keeping us in custody is WhatsApp chats, which were from before. There are no WhatsApp chats in any manner whatsoever supporting conspiracy theory”.

He added, “They (devices) were seized but there is no panchnama. Based on this, there has been speculation of drug trafficking, it is absurd. The device is not with us, there is no panchnama and seizure report in relation to phones. Punjab and Haryana HC and Bombay HC have held that WhatsApp chats are inadmissible. It is important to ensure integrity of material on that device. And they (NCB) argued that it (phone) was voluntarily handed over. But with personal devices, it is important to have a memo for the veracity. Nothing would stop the investigation if bail is given. But what is the need for custody when punishment is one year?” Desai argued.

What is the case of Punjab and Haryana High Court Desai referred to?

While hearing the matter of Rakesh Kumar Singla vs. Union of India on January 14, 2021, the Punjab and Haryana High Court’s Justice Jaishree Thakur ruled that “reliance could, however, be placed on the messages only after complying with provisions of Section 65-B of the Indian Evidence Act”.

Justice Thakur was hearing a petition filed against the Union of India by Rakesh Kumar Singla through senior advocates R S Rai and Rubina Vermani for grant of regular bail to the petitioner in a case registered on June 12, 2020, under provisions of the NDPS Act at the NCB police station, zonal unit, Sector 25(W), Chandigarh.

What did the Punjab and Haryana High Court rule?

The court observed, “Section 65B(4) of the Evidence Act states that any information contained in an electronic record shall be deemed to be a document, provided it satisfies all the conditions mentioned in the said section. The instant Petition had been filed for seeking grant of bail to the Petitioner in the case bearing Narcotics Drugs and Psychotropic Substances Act, 1987. The Petitioner submitted that he had been inculpated solely on the basis of statements made by the co-accused and him, which were insufficient to be relied upon. The Counsel appearing on behalf of the Narcotics Bureau (hereinafter referred to as ‘NCB’) submitted that around 57,000 tablets of tramadol hydrochloride (100 mg) were confiscated from petitioner, which amounted to commercial quantity.”

It was also argued by the NCB counsel that, “there are screenshots of WhatsApp messages available with the NCB, which would connect the petitioner with the said contraband, as there is a message available showing transfer of an amount by the petitioner into the account of husband of Paramjit Kaur (co-accused). It is also argued that there are other persons involved in the sale and purchase of contraband as would be evident from the WhatsApp messages.”

The learned counsel for the NCB majorly placed reliance on WhatsApp messages by which the petitioner could be implicated. However, on the asking of this court, whether a certificate under Section 65B of the Indian Evidence Act is available at the present moment to authenticate the said messages, the answer was in negative.

What did Punjab and Haryana High court’s Justice Thakur rely upon during the ruling?

Here, the High Court relied upon Arjun Panditrao Khotkar vs Kailash Kushanrao Gorantyal and others (2020) 7 SCC 1, in which the Supreme Court held, “certificate Section 65B of the Indian Evidence Act is required when reliance is being placed upon electronic record.”

Thus, the HC ruled that WhatsApp text messages as evidence shall have no evidentiary value unless they are duly certified under Section 65B (4) of the Indian Evidence Act, 1972. However, they may still be recognized and relied upon by investigation agencies for the purpose of their investigation.

What was the fate of the case in the Punjab and Haryana High Court?

Based on the aforementioned reasons, the court allowed the bail plea while opining “no useful purpose would be served in keeping the petitioner behind bars”.