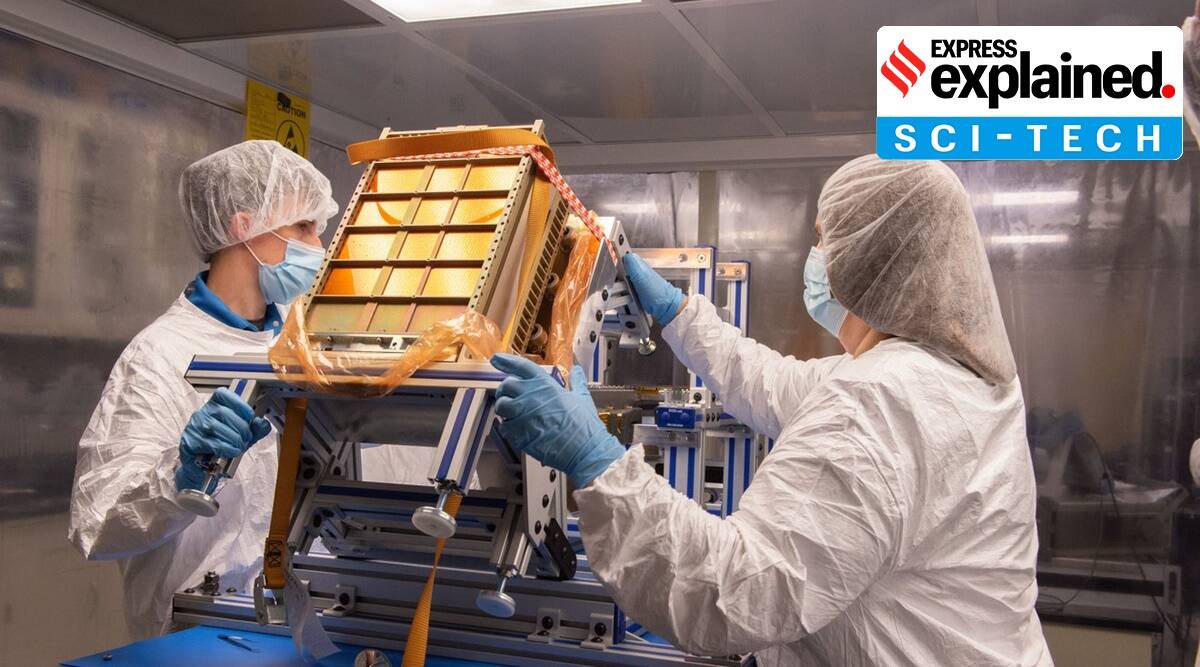 NEA Scout is one of several payloads that will hitch a ride on Artemis I, which is expected to be launched in November. Last week, NASA announced that its new spacecraft, named NEA Scout, has completed all required tests and has been safely tucked inside the Space Launch System (SLS) rocket. NEA Scout is one of several payloads that will hitch a ride on Artemis I, which is expected to be launched in November.

Artemis I will be an uncrewed testflight of the Orion spacecraft and SLS rocket. Under the Artemis programme, NASA has aimed to land the first woman on the Moon in 2024 and also establish sustainable lunar exploration programs by 2030.

What is NEA Scout?

Near-Earth Asteroid Scout, or NEA Scout, is a small spacecraft, about the size of a big shoebox. Its main mission is to fly by and collect data from a near-Earth asteroid. It will also be America’s first interplanetary mission using a special solar sail propulsion.

Les Johnson, principal technology investigator for the mission, said in a release, “This type of propulsion is especially useful for small, lightweight spacecraft that cannot carry large amounts of conventional rocket propellant.”

NEA Scout will use stainless steel alloy booms and deploy an aluminum-coated sail measuring 925 square feet. “The large-area sail will generate thrust by reflecting sunlight. Energetic particles of sunlight bounce off the solar sail to give it a gentle, yet constant push. Over time, this constant thrust can accelerate the spacecraft to very high speeds, allowing it to navigate through space and catch up to its target asteroid,” explained NASA in the release.

The spacecraft will take about two years to cruise to the asteroid and will be about 93 million miles away from Earth during the asteroid encounter.

How will it study the asteroid?

NEA Scout is equipped with special cameras and can take pictures ranging from 50 cm/pixels to 10 cm/pixels. It can also process the image and reduce the file sizes before sending them to the earth-based Deep Space Network via its medium-gain antenna.

“The images gathered by NEA Scout will provide critical information on the asteroid’s physical properties such as orbit, shape, volume, rotation, the dust and debris field surrounding it, plus its surface properties,” said Julie Castillo-Rogez, the mission’s principal science investigator at NASA’s Jet Propulsion Laboratory (JPL).

Why should we study near-Earth asteroids?

“Despite their size, some of these small asteroids could pose a threat to Earth,” Dr. Jim Stott, NEA Scout technology project manager, said. “Understanding their properties could help us develop strategies for reducing the potential damage caused in the event of an impact.” Scientists will use this data to determine what is required to reduce risk, increase effectiveness, and improve the design and operations of robotic and human space exploration, added Castillo-Rogez.