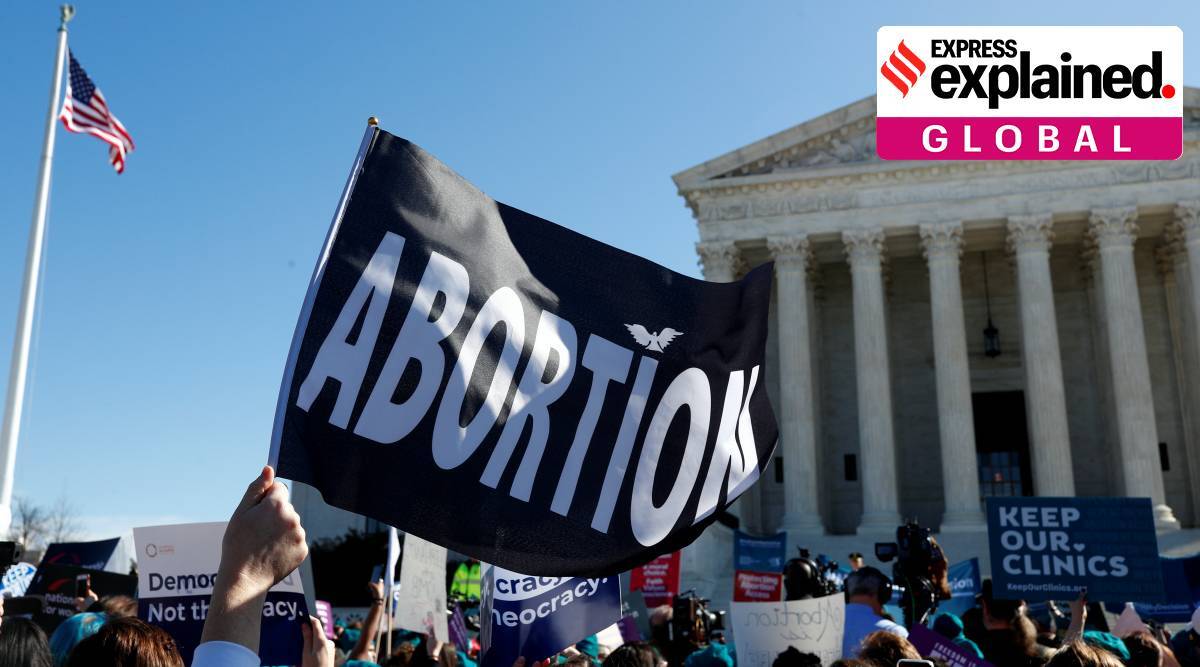 If the court overturns the historic Roe vs Wade verdict of 1973, states would have greater powers in regulating abortions. 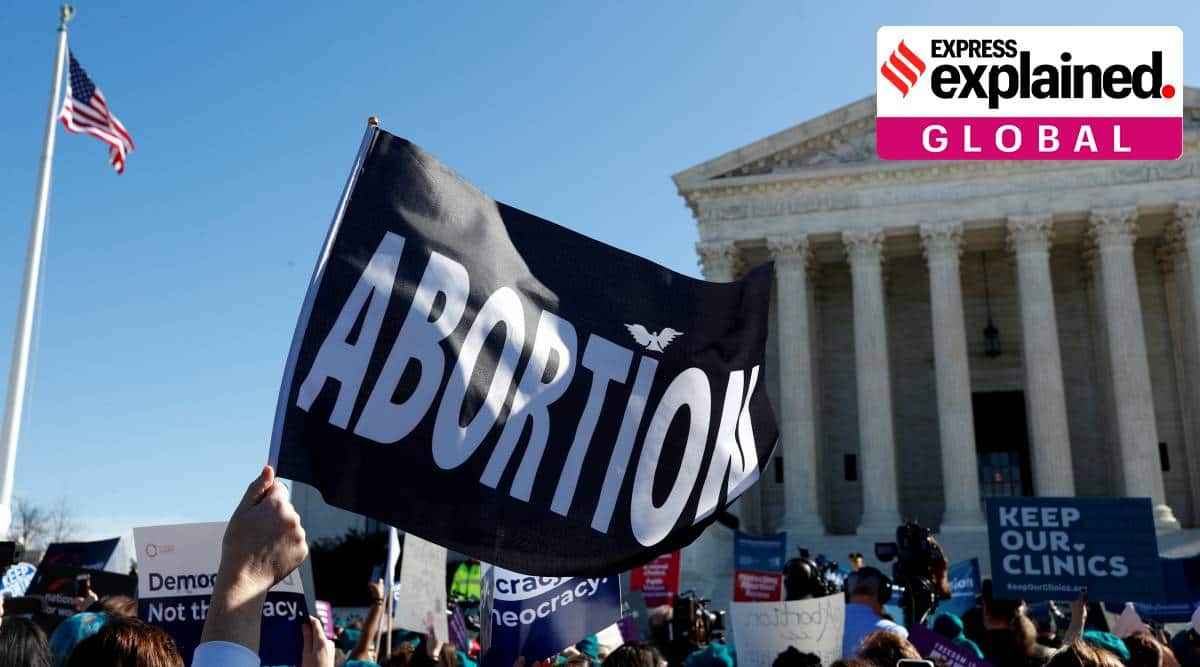 The United States Supreme Court last week agreed to review a restrictive Mississippi law that will give its newly expanded conservative majority a chance to diminish the landmark Roe vs Wade verdict of 1973 that guaranteed a woman’s right to choose abortion. The law passed in 2018 aims to ban almost all restrictions post 15 weeks of pregnancy, which is two months prior to that given by Roe verdict and other subsequent decisions.

The decision comes at a pivotal moment in the long history of debates over abortion rights in America. Ever since the Supreme Court underwent a conservative tilt, and particularly after the appointment of Amy Coney Barrett to replace Ruth Bader Ginsberg, Republican states have put forward hundreds of abortion restrictions, including near total bans. The latest is a law passed by Texas on Wednesday, that bans abortion after six weeks of pregnancy.

The Supreme Court has now agreed to hear the Dobbs vs Jackson Women’s Health Organization that challenges the constitutionality of the Mississippi law. If it overturns the Roe verdict, states would have greater powers in regulating abortions, with state-level politics having a significant impact on the matter.

What was the historic Roe vs Wade verdict of 1973?

The campaign against abortion in the United States can be traced back to the early decades of the 19th century. In 1821, Connecticut became the first state to ban abortions after quickening (the first time a pregnant woman can feel the baby’s kick, which can happen anytime between 14 and 26 weeks). By 1840 eight states had enacted abortion restrictions and by 1910 every state other than Kentucky had enacted laws criminalising abortion.

It is only in 1973 that the right to abortion was upheld by the Roe vs Wade verdict. The plaintiff was Norma McCorvey from Texas, who at the age of 21 in June 1969 discovered that she was pregnant with her third child. When she attempted an illegal abortion, she discovered the only unauthorised facility had closed down. Thereafter her child was born and put up for adoption.

In 1970, however, McCorvey’s attorneys, Linda Coffee and Sarah Weddington filed suit in the US district court for the northern district of Texas on her behalf under the alias Jane Roe. The three judge panel heard her case and ruled in her favour. Texas then appealed the ruling to the Supreme Court. In January 1973, a Supreme Court justices ruled by a 7:3 vote that women had a constitutional right to abortion. The judgment was based on the ‘right to privacy’ clause mentioned in the US Constitution. The court held that the foetus is not a person and thereby does not have constitutional rights of its own.

The court also set up a trimester system to regulate the right to abortion. Accordingly, the woman has absolute right to abortion in the first three months of pregnancy. In the second trimester the state can make some regulations only to protect the health of the woman. Finally, the state could prohibit abortions in the third trimester since the foetus nears a point wherein it can live outside the womb. However, a woman in the third trimester can obtain abortion if doctors certify that it is required to save her life.

The judgment struck down many federal and state laws. It also ignited an ongoing national debate on the right to abortion, the role of religious and moral views in the matters, and who should decide on the legality of abortion. The Roe vs Wade verdict reshaped American politics for decades to come and split public opinion between abortion rights (pro-choice) and anti-abortion (pro-life) movements. Every year on the anniversary of the judgement thousands of anti-abortion activists march up Constitution Avenue to the Supreme Court building in Washington DC in the ‘March for life’.

Overturning Roe vs Wade would not only make abortion illegal but would also allow states to make their own rules.

What is the Mississippi law to be reviewed in the Supreme Court?

In March 2018, the state of Mississippi passed the Gestational Age Act that banned abortions after 15 months of pregnancy, the only exception being in case of medical emergencies. The Governor of the state, Phil Bryant, stated on Twitter, “I am committed to making Mississippi the safest place in America for an unborn child, and this bill will help us achieve that goal.” The law had two purposes — to restrict abortions, and to contest the Supreme Court precedent protecting abortion rights.

A day later, the only clinic in the state to perform abortions, the Jackson’s Women’s Health Organization, sued the state in response to the legislation. The case was heard by judge Carlton W Reeves of the United States District Court for the Southern District of Mississippi. In November 2018, Reeves ruled in favour of the clinic. The state then appealed to the Fifth Circuit, which also upheld Reeves’ ruling.

In June 2020, the state petitioned their appeal of the Fifth Circuit decision to the Supreme Court. Thereafter, the court agreed to hear the case in the next term beginning in October and will likely deliver the verdict by spring or early summer of 2022.

What is at stake in the Supreme Court hearing?

Ever since the Roe vs Wade verdict, conservative states have consistently sought to restrict abortions. Although the 1973 judgment was upheld, states acquired the power to restrict abortions even during the first trimester after the Planned Parenthood v Casey Supreme Court case in 1992. The court ruled that state laws must not put ‘undue burden’ on women seeking abortion, but it also recognised the state’s interest in protecting the woman’s health and foetal life. Consequently, many states put restrictions in place like the mandatory involvement of parents or the court in case a woman seeks abortion or extending waiting periods between the visit to an abortion clinic and the actual procedure. As a result, women in the United States often have to travel across state borders and also pay higher to get an abortion.

As per a 2019 report by the Guttmacher Institute, an independent research organisation that supports abortion rights, 29 out of the 50 states in America is hostile towards abortion while 16 demonstrated support.

Since 2016, state-level policymakers have been further emboldened to enact restrictions on abortion, with the Supreme Court turning increasingly conservative. In his campaign for the presidential elections in 2016, Donald Trump had maintained that he would appoint judges who would overturn the Roe vs Wade verdict and allow states to decide on the legality or illegality of abortions.

After Justice Brett Kavanaugh was nominated by Trump to the senate in 2018, a new wave of anti-abortion laws were passed by state-level policymakers. According to statistics laid out by the Guttmacher Institute, between January 1, 2019 and May 20, 2019, 378 abortion restrictions were introduced in various states, and 40 per cent among them were abortion bans. Alabama, for instance, enacted a near total abortion ban that would criminalise abortion providers as well. Missouri introduced an eight-week ban, with a host of other restrictions.

In June 2020, the Supreme Court struck down a Louisiana law that would have left the state with a single abortion clinic. The verdict dashed the hopes of many conservatives who were counting on Trump’s appointments to overturn Roe vs Wade and sustain restrictions on abortions. Interestingly, both justice Neil Gorsuch, appointed by Trump in 2017, and Kavanaugh voted in favour of the anti-abortion cause. The crucial vote was that of Chief Justice John G Roberts Jr who, while giving the verdict, expressed his respect for precedent, but also proposed a relatively relaxed standard for evaluating restrictions, thereby indicating a clearer path to cutting down on abortion rights.

But the Louisiana law case was before the death of Justice Ginsburg and the appointment of Justice Barrett in her place in October 2020. Also nominated by Trump, Barrett is well known for speaking out against abortion on demand. Barrett is yet to rule on abortion at the Supreme Court level, but has reviewed two abortion related cases while serving as a judge in the appeals court. She voted in favour of an Indiana law that mandated doctors to inform parents of a minor seeking abortion. She also called for a state law banning abortions on grounds of sex, race, disabilities or health conditions.

With the appointment of Barrett, the Supreme Court now has a 6-3 conservative majority. Ever since her appointment, a barrage of Bills restricting abortions have been introduced by state-level lawmakers. In the first two months of 2021, eight abortion restrictions and bans have been enacted including a ban on abortion within six weeks of pregnancy in South Carolina and a law in Kentucky that gives authority to the state’s attorney general to penalise and close abortion clinics. Further, as many as 384 anti-abortion provisions have been introduced in 43 states through February, according to data collected by the Guttmacher Institute.