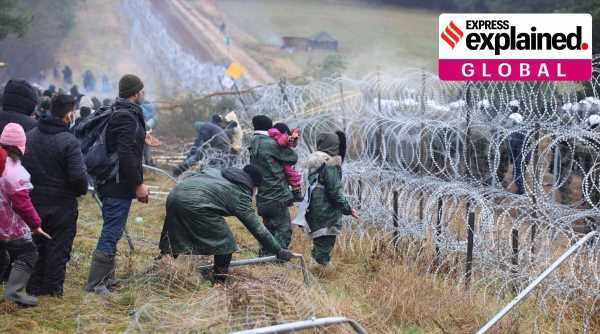 Thousands of migrants who came to Belarus from the Middle East and Africa are trying to enter the European Union through Poland. Thousands of migrants have flocked to Belarus’ border with Poland, hoping to get to Western Europe, and many of them are now stranded at the frontier, setting up makeshift camps as Polish security forces watch them from behind a razor-wire fence and prevent them from entering the country.

A look at what led to the standoff:

What is behind the crisis?

Belarus was rocked by months of massive protests following the August 2020 election that gave authoritarian President Alexander Lukashenko a sixth term in office. The opposition and the West rejected the result as a sham.

Belarusian authorities responded to the demonstrations with a fierce crackdown that saw more than 35,000 people arrested and thousands beaten by police.

The European Union and the US reacted by imposing sanctions on Lukashenko’s government.

Those restrictions were toughened after an incident in May when a passenger jet flying from Greece to Lithuania was diverted by Belarus to Minsk, where authorities arrested dissident journalist Raman Pratasevich. The EU called it air piracy and barred Belarusian carriers from its skies and cut imports of the country’s top commodities, including petroleum products and potash, an ingredient in fertilizer.

A furious Lukashenko shot back by saying he would no longer abide by an agreement to stem illegal migration, arguing that the EU sanctions deprived his government of funds needed to contain flows of migrants. Planes carrying migrants from Iraq, Syria and other countries began arriving in Belarus, and they soon headed for the borders with Poland, Lithuania and Latvia.

Pavel Latushka, a member of the Belarusian opposition, charged that state-controlled tourist agencies were involved in offering visa support to migrants and helping them drive to the border.

The EU accused Lukashenko of using the migrants as pawns in a “hybrid attack” against the 27-nation bloc in retaliation for the sanctions. Lukashenko denies encouraging the flow of migrants and said the EU is violating migrants’ rights by denying them safe passage. What has been the response by EU countries?

During the summer, Lithuania introduced a state of emergency to deal with small groups of migrants and strengthen its border with Belarus. It set up tent camps to accommodate the growing number of migrants.

This week, larger groups have gathered at the Polish border, and authorities in Warsaw sent riot police and other forces there to bolster the border guards. Polish authorities estimated about 3,000-4,000 were there. Some people used shovels and wire cutters to try to break through a razor-wire fence to cross. Polish authorities prevented hundreds of attempts by migrants to cross. Eight deaths have been confirmed, and temperatures have fallen below freezing at night.

The EU has made a strong show of solidarity with Poland, Lithuania and Latvia. EU officials are expected to discuss another round of sanctions against Belarus, and European Council President Charles Michel said for the first time that the bloc would consider the possibility of financing “physical infrastructure” such as barriers or fences on the border.

“Such brutal tactics would make Belarus toxic and delay the prospect of talks with the EU,” said Artyom Shraybman, a Belarusian political analyst who was forced to leave the country under pressure from authorities. “European politicians won’t engage in talks under pressure.”

Pavel Usau, head of the Center for Political Analysis and Prognosis based in Poland, also said Lukashenko is mistaken if he thinks he can force the EU into concessions.

“Lukashenko expects the EU to give in to pressure and ask Poland to let migrants cross into Germany,” Usau said.

“But the EU realizes that doing so would allow Lukashenko to emerge as the winner and encourage him to continue to take further such steps, raising the number of migrants to tens of thousands.”

The Belarusian opposition has urged the EU to take even tougher measures, including a trade embargo and a ban on transit of cargo via Belarus. What is Russia’s role?

Belarus has received strong support from its main ally, Russia, which has helped buttress Lukashenko’s government with loans and political support.

Russian Foreign Minister Sergey Lavrov said the migrants flows resulted from the US-led wars in Iraq and Afghanistan and Western-backed Arab Spring uprisings in the Middle East and North Africa. He challenged the EU to offer financial assistance to Belarus to deal with the influx.

At the same time, the Kremlin angrily rejected Poland’s claim that Russia bears responsibility for the crisis.

Usau said Russia could step in as a mediator in the hope of improving ties with Germany and other EU nations.

Belarus is estimated to host between 5,000 and 20,000 migrants from the Middle East and Africa. Many have run out of money and grown increasingly desperate as the winter approaches. Belarusian residents are uneasy about their presence, raising pressure on the authorities to act.

Some observers expect Lukashenko to escalate the crisis and pressure the EU to ease sanctions.

“As a minimum, Lukashenko wants to take revenge against the EU, and as a maximum he aims to soften the European sanctions that have dealt a painful blow to key Belarusian industries,” said independent analyst Valery Karbalevich. “Belarusian authorities have tried unsuccessfully to persuade the EU to engage in talks and bargaining, and migrants are just an instrument in a hybrid attack by Minsk.”

“Lukashenko has nothing to lose,” he added. “He’s no longer worried about his reputation.” 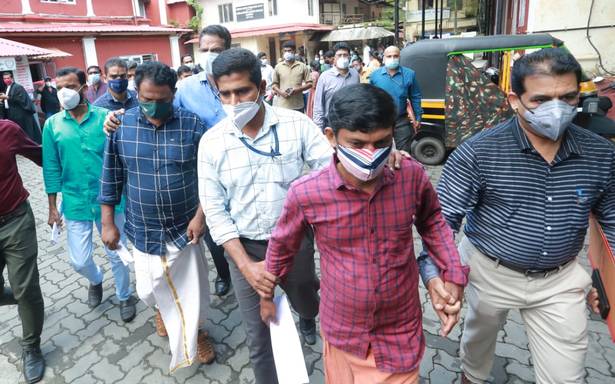