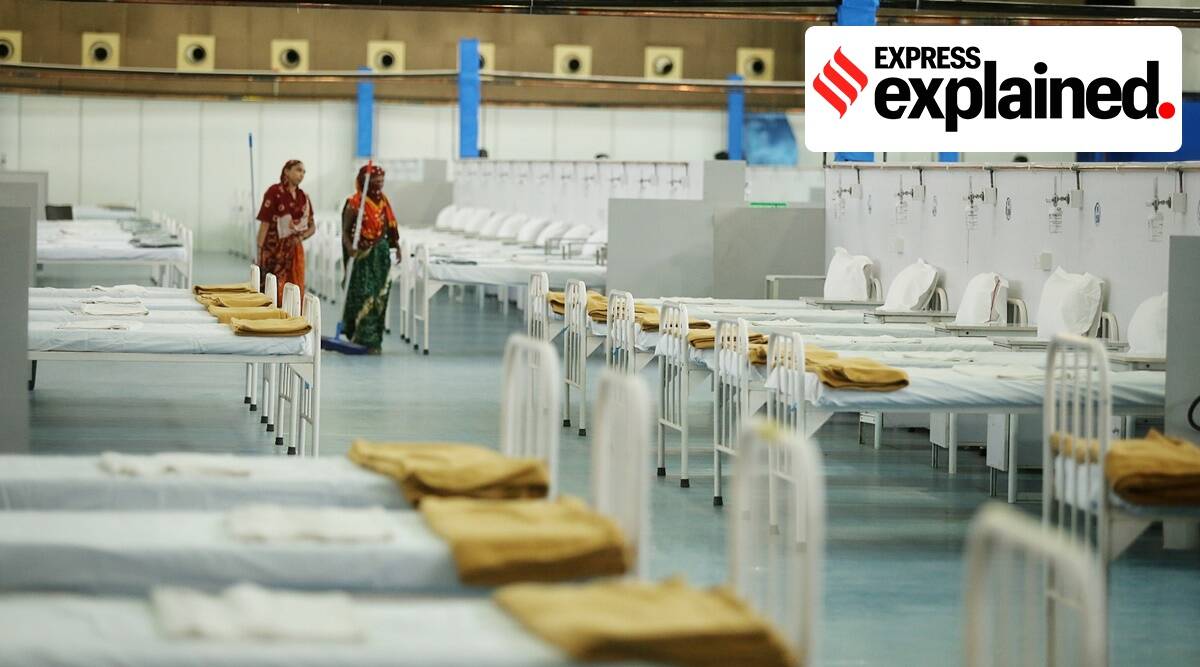 The Supreme Court, which is hearing a suo motu petition pertaining to fire safety in hospitals, in an order on August 27, had held in abeyance a July 8 notification of the AMC that gave time up to March next year to hospitals to comply with the Building Use (BU) norms. 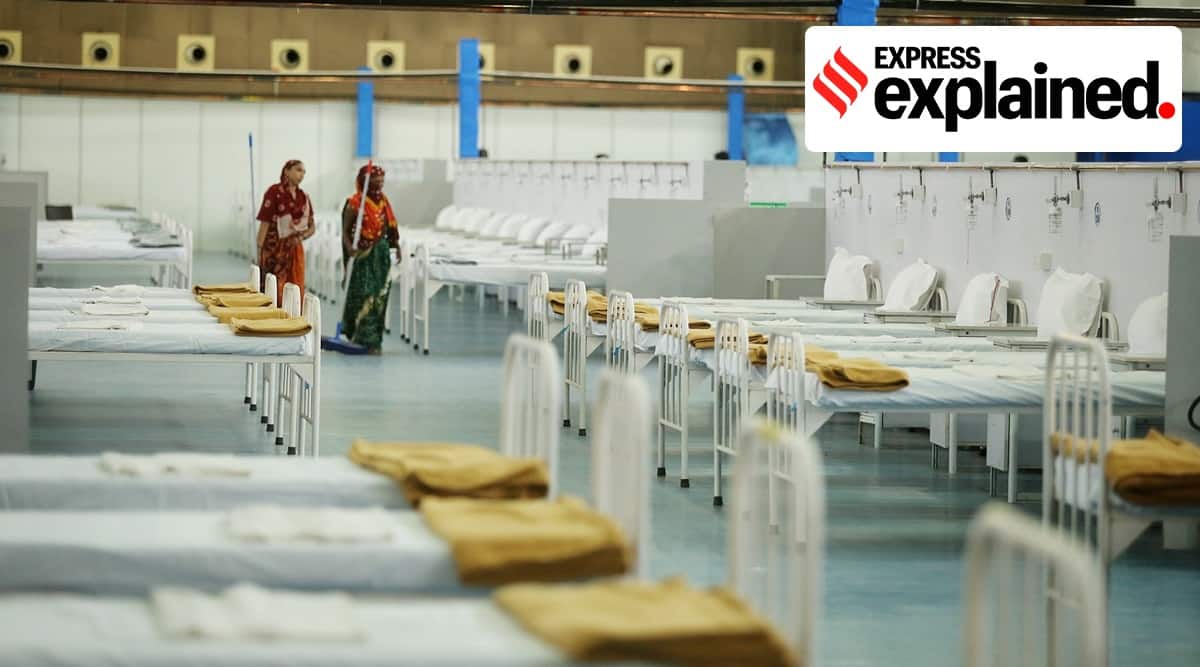 The Ahmedabad Municipal Corporation (AMC) has issued closure notices to 42 private hospitals and also cancelled their registrations following a Supreme Court order. The civic body has asked these hospitals to vacate in-patients within a week and not take any new admissions as it initiates the process of sealing their premises. A look at why AMC has issued the closure notices, what are the private hospitals saying and how the action will impact healthcare?

What prompted the closure order to private hospitals?

The Supreme Court, which is hearing a suo motu petition pertaining to fire safety in hospitals, in an order on August 27, had held in abeyance a July 8 notification of the AMC that gave time up to March next year to hospitals to comply with the Building Use (BU) norms. This prompted the civic body to issue closure notices to as many as 42 hospitals, asking them to vacate in-patients within a week and not take any new admissions.

On Monday, September 7, the AMC initiated the process of sealing the premises after a public notice to hospitals in Ahmedabad running without BU permission and non-compliance of fire safety norms.

Which are the hospitals that have been sent closure notices?

On June 3, a petition filed by Ahmedabad Medical Association (AMA) and its 44 members seeking relief from sealing of the premises of their hospitals or clinical establishments by the AMC owing to absence of fire safety NOC and/or building use (BU) permit, was dismissed by the Gujarat High Court on the ground of being vague and not being maintainable. Following this, an appeal was made in the Supreme Court, where, too, the bench found prima facie no merits to the appeal and refused to interfere with the Gujarat HC’s order.

The hospitals range from two- to 10-capacity beds running from commercial complexes across the city. Since most of these are paediatric and orthopaedic hospitals, not many were signed up with AMC as covid hospitals during the two waves.

As per an estimate, almost 40-50 per cent of private hospitals and nursing homes are running without a BU clearance, and if AMC continues this action in the coming days the number could quickly swell.

The Gujarat government in a reply filed before the state assembly during its budget session in April this year had stated that there had been 29 hospital fire incidents reported in the state in the last two years. Of these, 14 were reported from Ahmedabad and 15 from Vadodara. In these total 29 fire incidents, the state government stated that eight lives were lost in the fire at Shrey Hospital in Ahmedabad only. In the fire at a Covid hospital in Bharuch in May, 18 people died.

While staying the state’s notification, the Supreme Court had observed in its order, “Granting exemptions from complying with development control regulations which are made in the public interest to promote the health, safety and welfare of citizens defeats the letter and purpose of the legislation. Condoning the gross irregularities in constructing buildings which do not have building use or, as the case may be, fire permissions, has resulted in violation of the law to the detriment to public health as is evident from the incidents of fire which have taken place both in Rajkot and Bharuch. The State of Gujarat shall take pro-active steps to ensure that the rule of law is observed.”

During its reply in the state assembly in April 2021, the state government had said that it has made it mandatory for all hospitals to have fire safety equipment in place and issued notices to hospitals that have failed to comply.

How would the crackdown impact healthcare systems?

The AMC had requisitioned nearly 8,500 beds for Covid-19 patients at around 350 private designated hospitals and nursing homes during till May 2021 starting May 2020. This was mainly to unburden the public hospitals. Similar arrangements were also made by the municipal corporations of Vadodara, Surat and Rajkot.

As per the requisition norms, during the first wave, the designated Covid hospitals had to reserve 50 per cent of its total beds for Covid patients, of which 25 per cent were reserved for patients referred by AMC. Also, as per the different rate slabs decided by the corporation under different bed categories which were revised from time to time, the private hospitals were reimbursed even for empty beds reserved for Covid patients referred by AMC. Sources revealed that a total of around 70 crore was estimated to be reimbursed to private hospitals by AMC against these beds, most of which has been reimbursed.

Similarly, during the second wave, 20 per cent of total beds in private hospitals were to be reserved for patients referred by AMC.

Ahmedabad Hospitals and Nursing Homes Association (AHNA) president Dr Bharat Gadhavi said a total of 15,000 Covid patients were treated by private hospitals and nursing homes in Ahmedabad during the first wave only starting April till July 2020, when the cases were at a peak.

The city, which saw the worst of the pandemic, is witnessing a steady decline in Covid-19 cases, reporting seven of the total 18 cases in the state on Tuesday, and no deaths. However, private hospitals claim that if this crackdown continues, it could strain the healthcare system if a third wave were to strike.

What are the hospitals saying?

AHNA president Dr Bharat Gadhavi terms it a case of selective targeting. “There are so many other buildings that are running without BU and fire NOC. Even the state government knows this very well. The law and action should be equal for everyone.”

AMA president Dr Kirit Gadhavi says these 42 hospitals are small units that “people who cannot afford treatment at corporate hospitals” go to. He says they have been running since the last 20-25 years when there were no stringent rules. “Due to the Shrey fire incident the entire doctor faculty is being punished which is not justified. Hotels, private schools and coaching classes are running at the same place. You have permitted them but acted against us,” Dr Gadhavi says.

The action on non-compliant and hazardous structures on the part of the civic bodies has mostly been knee jerk, like in the case of the 2019 Surat case where 22 young students were killed in a fire in a private coaching institute. Following this incident, municipal corporations including Ahmedabad initiated a survey of coaching centres running without BU and fire safety NOC and hundreds of violators had come to their notice. A similar exercise of issuing notices was also carried out but without much change on the ground.