The safe mode was activated after an onboard computer halted on 13 June, leading to all non-essential systems being shut down – essentially meaning the telescope is not being used for astronomy observations. Starting Thursday, NASA plans to fix a glitch that has stopped the Hubble space telescope from being used for science work for more than a month. The malfunction has been described as the most serious problem in a decade to face the legendary observatory, which is currently running in “safe mode”.

The safe mode was activated after an onboard computer halted on 13 June, leading to all non-essential systems being shut down – essentially meaning the telescope is not being used for astronomy observations. The repair work, if successfully completed, is expected to take several days to bring the spacecraft back to operating normally.

The Hubble, launched in 1990, is considered by many to be the most important scientific tool ever to be built, having churned out more than 15 lakh observations that have been used to publish around 18,000 research papers.

Why is Hubble working in ‘safe mode’?

The Hubble was put out of action after a problem appeared with its payload computer– which controls and coordinates the science instruments onboard the observatory.

For a month since then, the Hubble team carried out a range of analyses and tests, and zeroed down on an issue with the Power Control Unit (PCU) – which is responsible for supplying a steady voltage supply to the payload computer’s hardware – as the possible cause of the glitch. Both the payload computer and the PCU are part of Hubble’s Science Instrument Command and Data Handling (SI C&DH) unit.

A recent attempt by NASA to restart the PCU failed, and the space agency now plans to switch to a backup PCU in the SI C&DH unit. “The switch will begin Thursday, July 15, and, if successful, it will take several days to completely return the observatory to normal science operations,” NASA said.

In 2008, NASA had solved a similar glitch with the same solution– i.e. using the backup PCU– and the space telescope was able to continue with normal astronomy observations. A year later, the space agency sent astronauts to space to replace the entire SI C&DH then in use with the current one.

Why is the Hubble telescope famous?

Named after the astronomer Edwin Hubble, the observatory is the first major optical telescope to be placed in space and has made groundbreaking discoveries in the field of astronomy since its launch. According to NASA’s official website, the launch and deployment of Hubble in April 1990 is said to be the “most significant advance in astronomy since Galileo’s telescope.”

It is larger than a school bus in size, has a 7.9 feet mirror, and captures stunning images of deep space playing a major role in helping astronomers understand the universe by observing the most distant stars, galaxies and planets.

NASA also allows anyone from the public to search the Hubble database for which new galaxy it captured, what unusual did it notice about our stars, solar system and planets and what patterns of ionised gases it observed, on any specific day.

Here’s a random list of observations from the Hubble database: 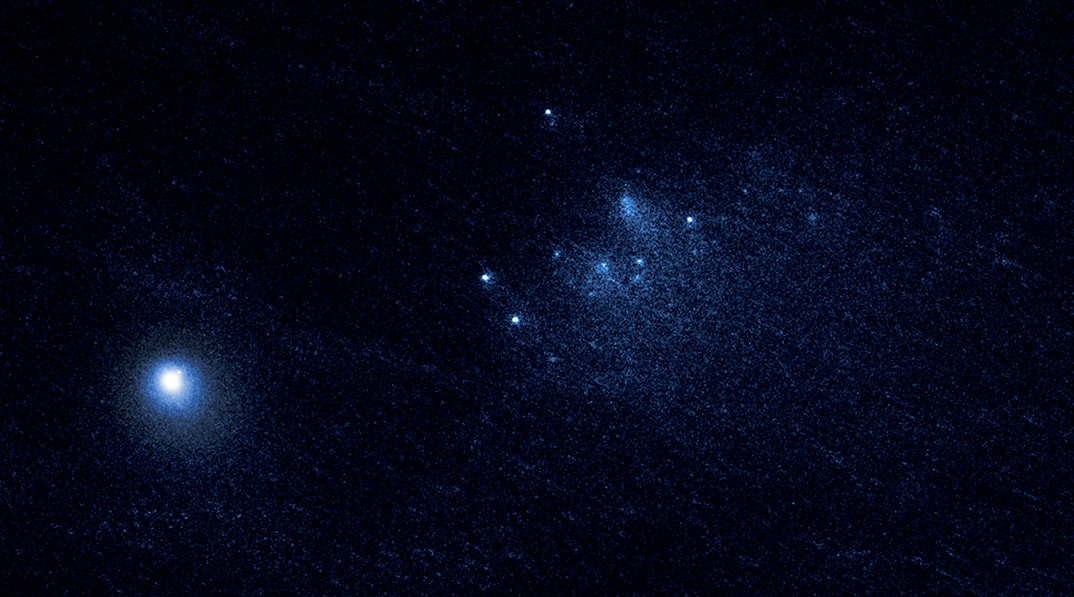 The telescope, on this day, captured the disintegration of an ancient comet 332P/Ikeya-Murakami while it was approaching the sun. It was one of the clearest views of a breaking icy comet.

This was an astounding capture as the telescope snapped the collusion of two dwarf galaxies one of which is I Zwicky 18 with another one on its upper right. This led to the formation of a new star.

On this day, a disc surrounding a star ‘Beta Pictoris’, which was discovered in 1984, was found to be constituted by two planets, light-scattering dust and debris. 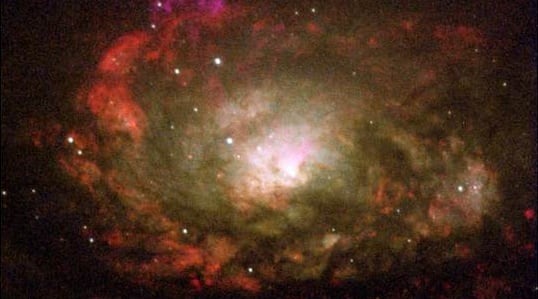 Hubble captured some colourful patterns of gases in a black hole powered galaxy known as the ‘Circinus Galaxy’. These gases depicted a cauldron of vapours, concentrated in two disks of the galaxy.

This day marked the capturing of ‘Galaxy Cluster Abell 2744’ which is 3.5 billion light-years away and has several clusters of small galaxies in it. It also poses a strong gravitational field which acts as a lens to reflect the light of almost 3,000 background galaxies.

The telescope took a snapshot of Neptune which is the most distant planet. The image of the planet revealed the formation of high-altitude clouds composed of methane ice crystals. 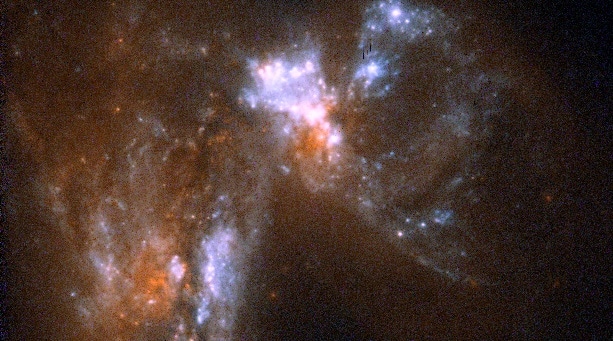 On this day, the collision between two galaxies UGC 06471 and UGC 06472 which are 145 million light-years away from the earth was captured. The collision eventually led to the formation of a larger galaxy.

Triangulum Galaxy was snapped depicting the specific areas of star birth with a bright blue light spreading across the galaxy in beautiful nebulas of hot gas.

Hubble clicked the picture of ‘Galaxy ESO 243-49, which had a medium-sized black hole. The 20,000 suns sized black hole was positioned on a glacial plane of the galaxy.

The telescope captured an encounter of a comet named C/2013 A1 with Mars. The ‘Comet Siding Spring’ passed with a distance of just 87,000 miles to that of Mars.

‘Gum 29’ a vibrant stellar being ground, which is 20,000 light-years away, consisting of a giant cluster of 3,000 stars was captured by the telescope. This behemoth cluster of stars is called ‘Westerlund 2’.

The snapshot of the ‘Southern Ring Nebula’ was recorded which did show two stars – a bright white star and a fainter dull star at the centre of the nebula where the dull star was indeed creating the whole nebula. 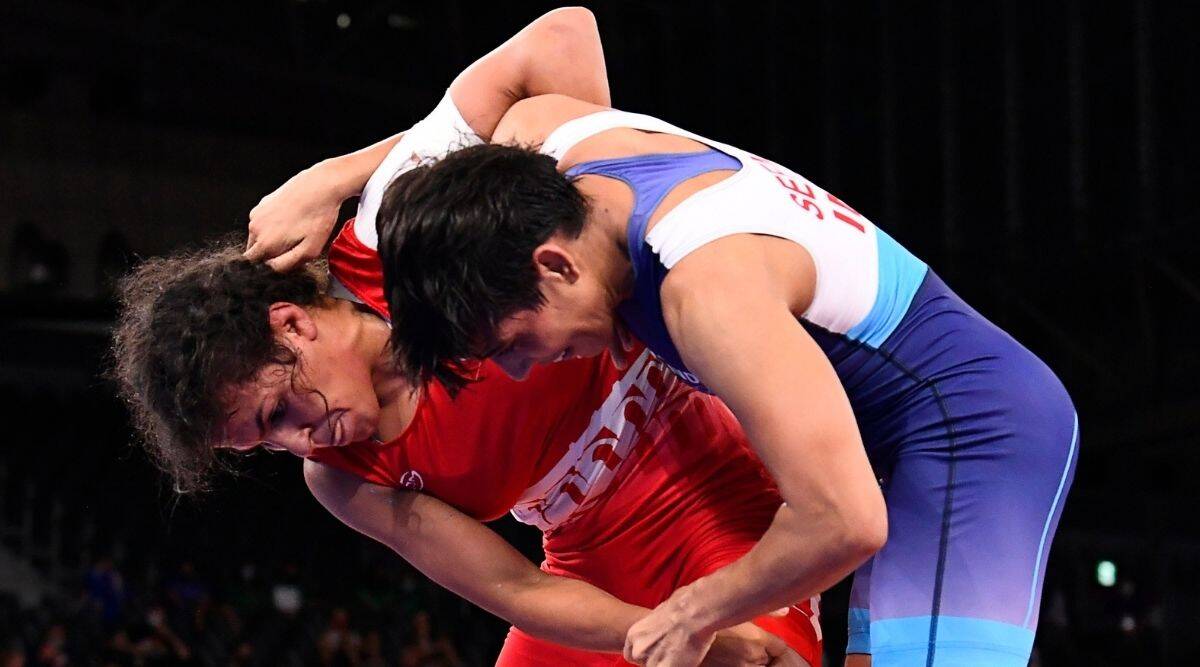