The reason why so many die from unsafe sanitation is that, in India, a high proportion of the population does not have access to “improved sanitation”. 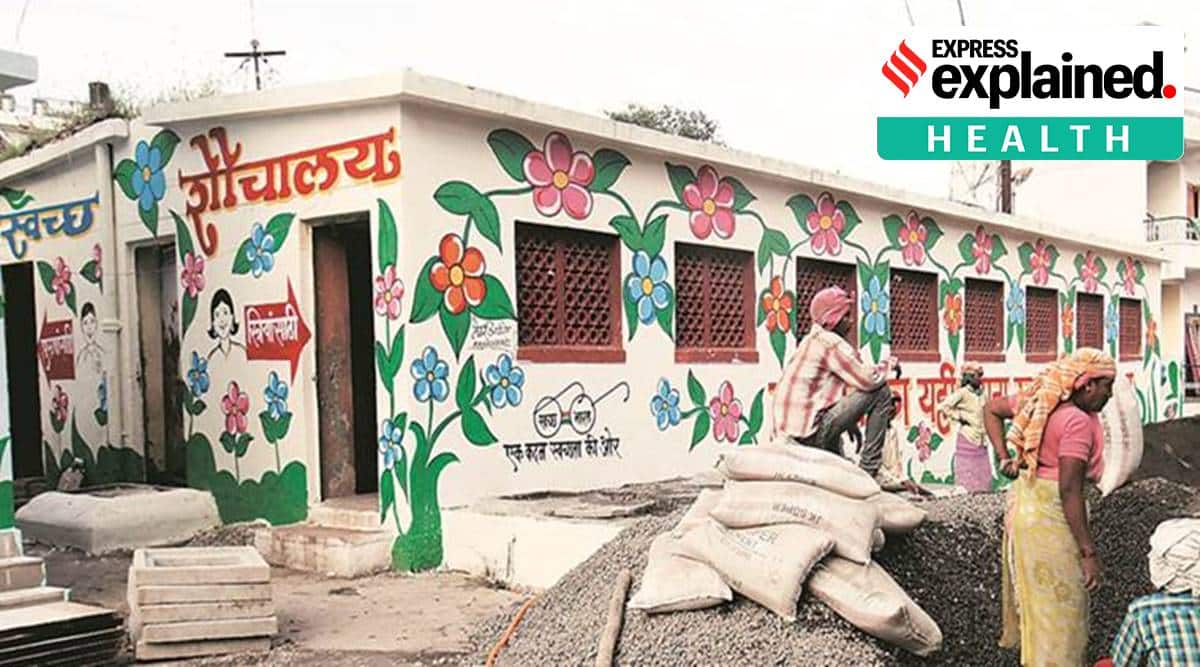 The United Nations marks November 19 annually as World Toilet Day to raise awareness about access to hygienic toilets and the human costs of unsafe sanitation.

“World Toilet Day celebrates toilets and raises awareness of the 4.2 billion people living without access to safely managed sanitation and is about taking action to tackle the global sanitation crisis and achieve Sustainable Development Goal 6: water and sanitation for all by 2030,” the UN website says.

The annual event was adopted by the UN in 2013. This year, World Toilet Day focuses on sustainable sanitation and climate change.

As per UN Water, sustainable sanitation begins with a toilet that effectively captures human waste in a safe, accessible and dignified setting, which then gets stored in a tank, which can be emptied later by a collection service, or transported away by pipework. The next stage is treatment and safe disposal.

Safe reuse of human waste helps save water, reduces and captures greenhouse gas emissions for energy production, and can provide agriculture with a reliable source of water and nutrients.

📣 Express Explained is now on Telegram

According to UN figures, open defecation leads to the deaths of 1,000 children every day globally from diarrhoea related to poor sanitation and contaminated water sources. Safe sanitation, water supply and better hygiene can save the lives of 3.5 lakh children in a year.

According to the website “Our World in Data”, part of Oxford University, “an estimated 775,000 people died prematurely as a result of poor sanitation in 2017. “This was 1.4% of global deaths. In low-income countries, it accounts for 5% of deaths,” it states.

The state of sanitation in India

The chart below explains the annual number of deaths by risk factors in India. “Poor sanitation, unsafe water sources, and no access to hand washing facilities” are among the top factors in the country; the list being topped by high blood pressure, air pollution, high blood sugar and smoking. The chart below shows how the share of deaths due to unsafe sanitation has changed over the years. In India, this share has been higher than its neighbours such as Bangladesh and Pakistan. The reason why so many die from unsafe sanitation is that, in India, a high proportion of the population does not have access to “improved sanitation”. Improved sanitation is defined as facilities that “ensure hygienic separation of human excreta from human contact”. This includes facilities such as flush/pour flush (to piped sewer system, septic tank, pit latrine), ventilated improved pit (VIP) latrine, pit latrine with slab, and a composting toilet.

In 2015, 68% of the world population had access to improved sanitation facilities. In other words, almost one-third of people did not have access.

In India, only 40% of the population had access to improved sanitation. This is much lower than its next-door neighbours such as Sri Lanka (95%) and Pakistan and Bangladesh (both over 60%). At 40% access, India is clubbed with countries such as Zimbabwe and Kenya, and is below countries such as Zambia and Senegal.

The economic impact of poor sanitation

According to the World Bank: “A lack of sanitation also holds back economic growth. Poor sanitation costs billions to some countries”.

Don’t miss from Explained | What is the economic cost of being ‘filthy India’?

In India’s case, the most oft-quoted study is a World Bank one from 2006 when such costs were pegged at $53.8 billion or 6.4% of India’s annual GDP. Even if this percentage (of GDP) has stayed the same, at current-day GDP, the losses (a rough approximation) would be close to $170 billion (or Rs 12 lakh crore).

According to the World Health Organization, “every dollar spent on sanitation yields about $9 in savings on treatment, health-care costs and gains from more productive days”.