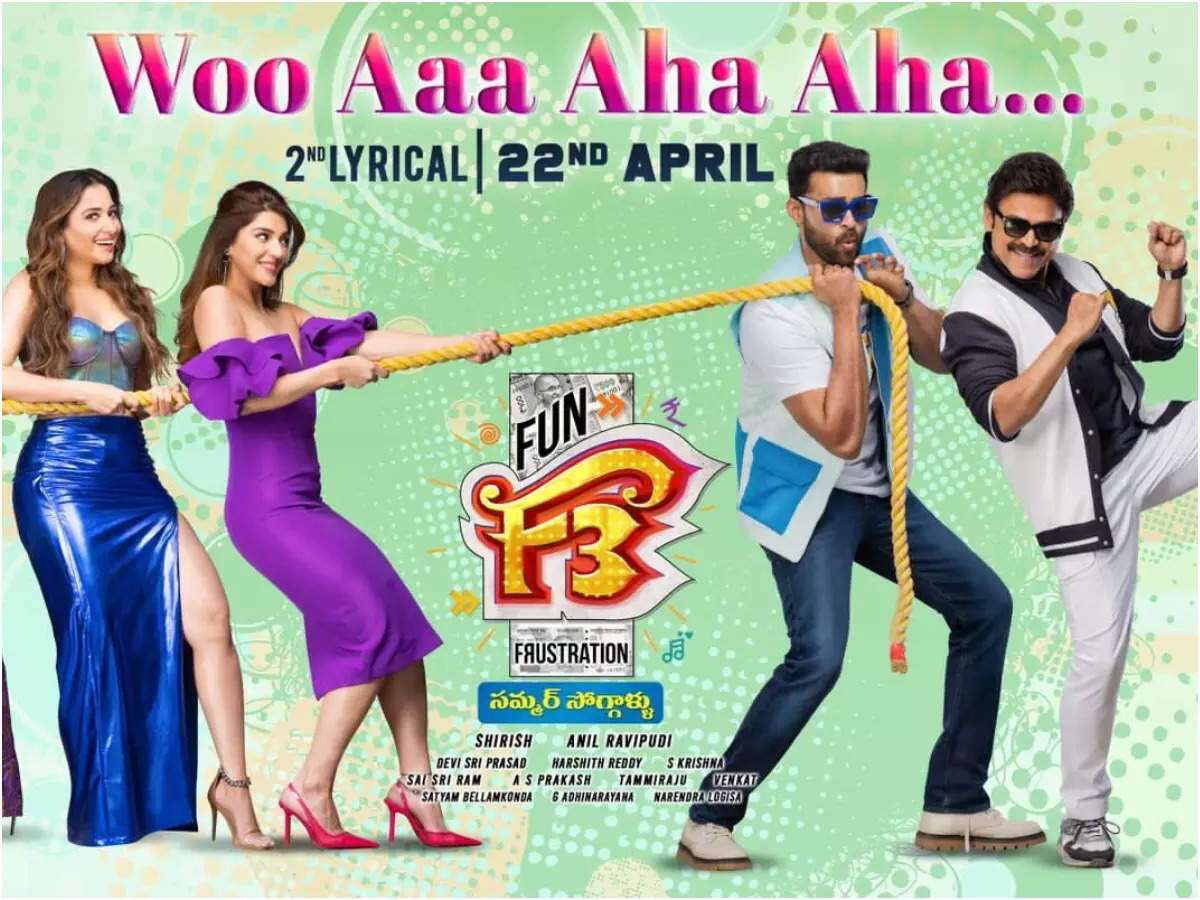 F3 USA Box office Collections:  F3 is a comedy caper drama which is winning the hearts of the movie lovers, The makers of F3 have claimed the movie is already a blockbuster. The film, starring Venkatesh  Daggubati and Varun Tej  Tej in the lead roles, opened in cinemas last Friday to mixed reviews. However, the  movie helmed by Anil Ravipudi seems to have found takers in USA. Now according to the traders report, F3 has crossed $1 Million mark in USA. And it is the 3rd million dollar film of Venkatesh after SVSC and F2  whereas Varun Tej’ 4th million dollar film after romantic drama Fidaa, Tholi Prema and F2. F3 is the 3rd consecutive one for  the director Anil Ravipudi.

The comedy movie which has Mehreen Pirzada and Tamannah Bhatia as the leading ladies,  doesn’t have much competition at the box office till Friday, giving it a one-week free window to make gains. Next week,  F3  will face competition from Tamil superstar Kamal Haasan and Vijay Sethupathi starrer  Vikram and actor Adivi Sesh’ Pan India film Major. Both are big-ticket films releasing on a large number of screens across the country in multiple languages.

F3 also has   Ali, Pragathi, Pradeep, Raghu Babu, Sonal Chauhan, Sunil, Murali Sharma, Annapurnamm and others  in the supporting roles.  It is produced by Shirish and presented by Dil Raju. Devi Sri Prasad has composed the music for this flick.