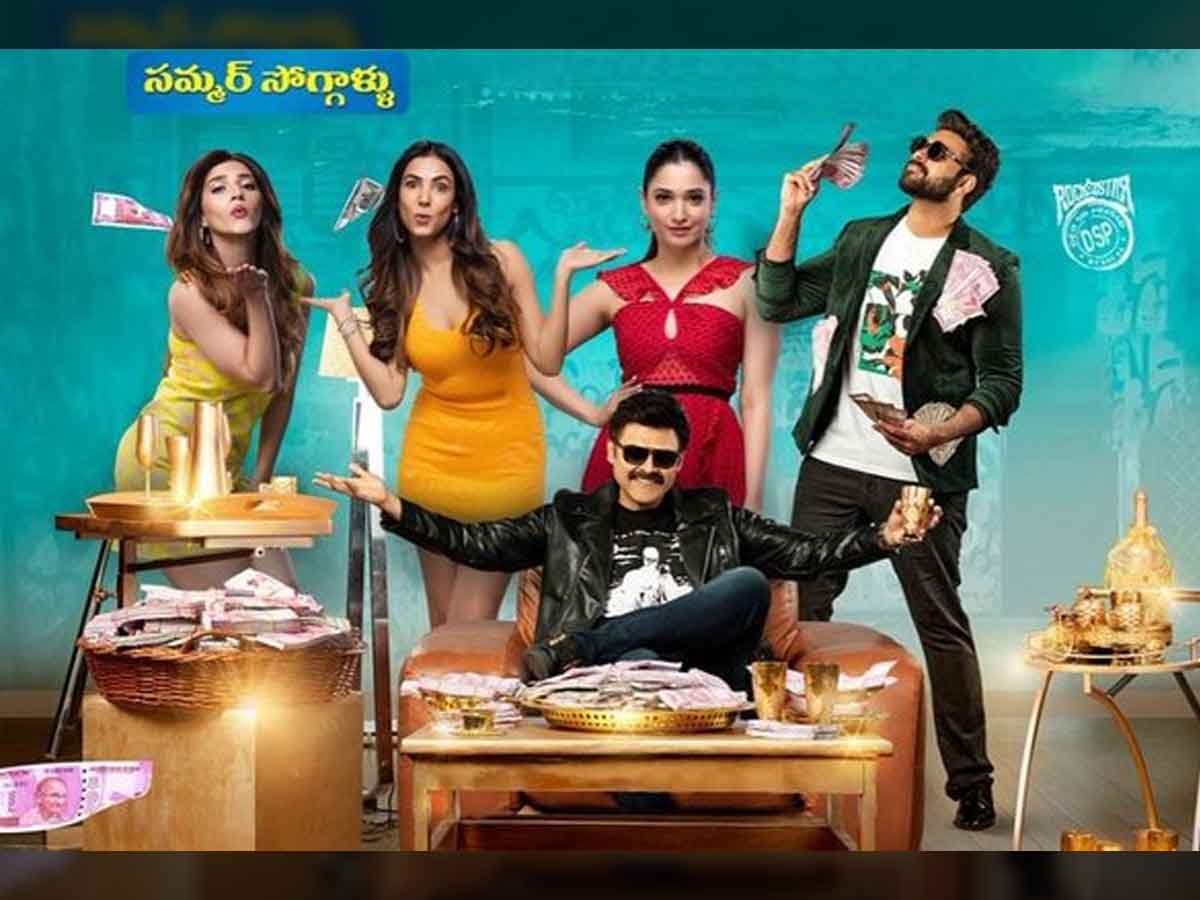 F3  Box office Collections: Telugu film F3 starring  Venkatesh Daggubati and Varun Tej, is not slowing down at the box office collections. The Anil Ravipudi directorial  venture has minted huge collections domestically and internationally.  The comedy entertainer which has Tamannah Bhatia and Mehreen Pirzada as the leading ladies,  produced by Shirish and distributed by Sri Venkateswara Creations, had a dominating show in its first week. The movie which was released on 27th May has now entered the second week. Now according to the latest report, F3 has joined Rs 100 Cr club. The movie has grossed Rs 102 cr gross at the global box office.

The team is happy with the grand success of F3. Apart from the lead actors, F3 also has Sunil, Ali, Sonal Chuahan, Murali Sharma, Vennela Kishore, Pragathi and others in the important roles. Anil Ravipudi is winning accolades for the fun filled writing and proficient taking, both  lead actors Venkatesh and Varun Tej played their parts adeptly.

Since there was no big competition for the movie in its first week, F3 collected big numbers in domestic as well as overseas markets.  F3 has also has joined the million-dollar club. Anil Ravipudi has now made 3 consecutive million-dollar films, with  Mahesh Babu starrer Sarileru Neekevvaru and F 2 grossing $2.28 million and $2.13 million, respectively.