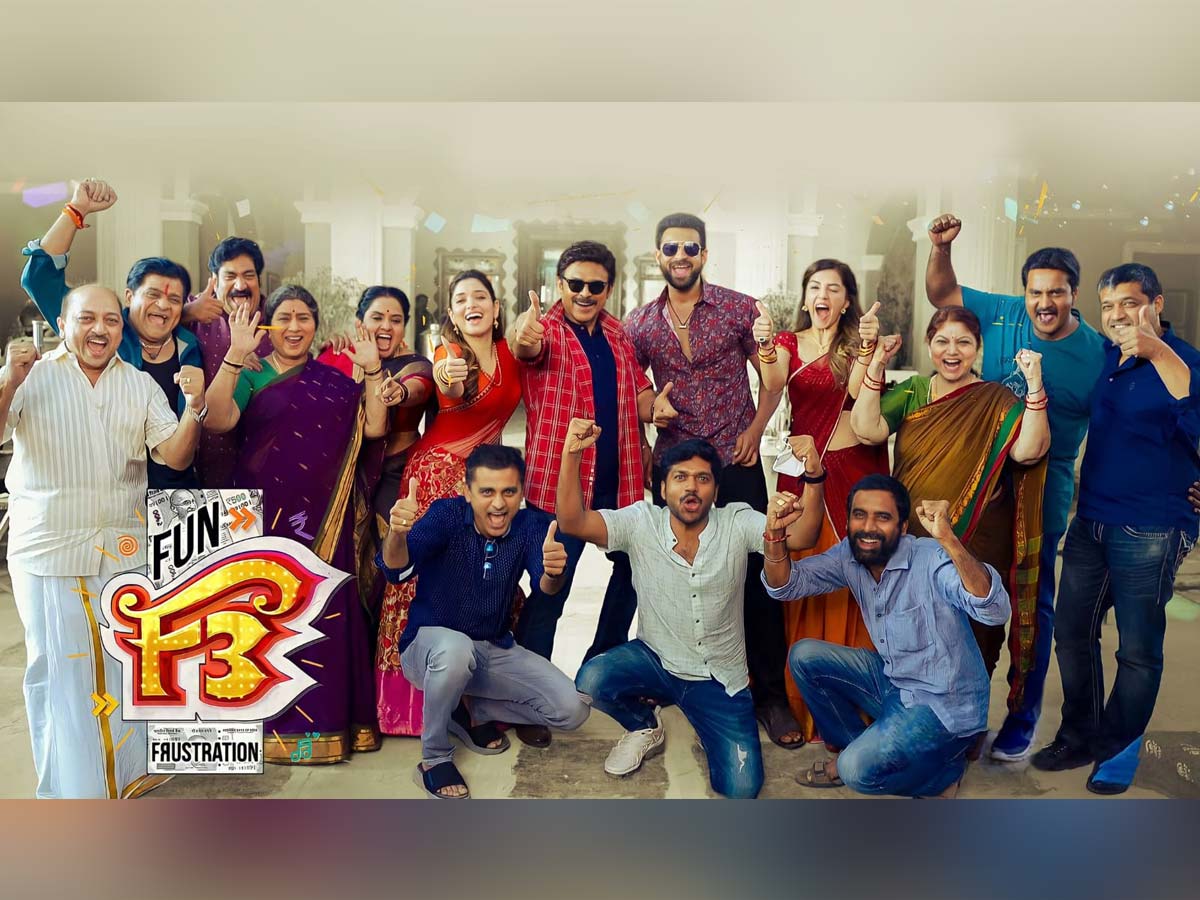 Venkatesh and Varun Tej   starrer comedy caper F3 helmed by Anil Ravipudi has finally arrived at the theaters today and is receiving positive response by the movie lovers and critics from each corners. The Telugu-language  comedy entertainer  F3 was a much-anticipated project of the year ever since the makers dropped the trailer of the film.  Now according to the latest report, the digital streaming rights of F3 are bagged by the leading OTT platform, Sony LIV, for a whopping price. So, Anil Ravipudi’ magnum opus F3  will stream in a month or two post the theatrical release on Sony LIV . F3 is a sequel to blockbuster movie F2.

In addition to the existing cast who reprised their respective roles from F2- Tamannaah Bhatia, Mehreen Pirzada , Pragathi, Raghu Babu, Rajendra Prasad, Y Vijaya, Annapoornamma, there are other actors like Sonal Chauhan, Sunil, Ali and others have been part of F3.

Dil Raju produced the movie F3  that has Devi Sri Prasad as the music director.

On the otherside, Varun Tej is teaming up with Parveen Sattaru for his next   which is an action thriller set in London backdrop.  The upcoming film will be  entirely shot in London. Varun Tej is set to commence shooting for the film with Praveen Sattaru very soon. Mega Prince is also in talks with Venky Kudumula for a project.