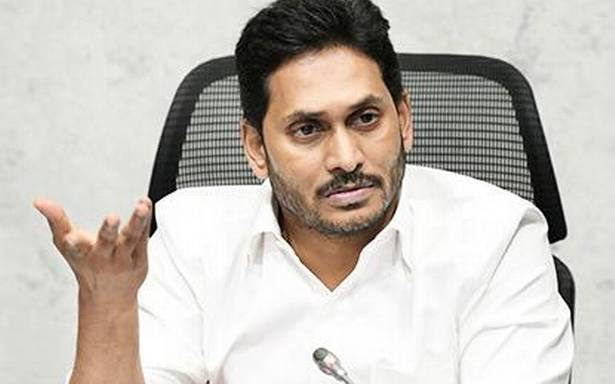 CM Y.S Jagan Mohan Reddy has written to Union Minister for Jalasakthi, Gajendra Singh Shekhawat, putting forth the violations of the Andhra Pradesh Reorganisation Act-2014 by the Telangana government.

Farmers in Krishna Western Delta (KWD) and Nagarjuna Sagar ayacut are harried a lot as Telangana showed no signs of abating from its stand on power generation at Srisailam, Nagarjuna Sagar and K.L Rao Pulichintala multi-purpose projects. The indiscriminate drawal of water by Telangana had hurt the farmers of the lower riparian State of Andhra Pradesh and had thrown the plans of the Andhra Pradesh government to release water into Krishna Western Delta on July 1 and water into Nagarjuna Sagar Right Canal on August 15.

Chief Minister Y.S Jagan Mohan Reddy has written to Union Minister for Jalasakthi, Gajendra Singh Shekhawat, putting forth the violations of the Andhra Pradesh Reorganisation Act-2014 by the Telangana government, causing distress to the farmers in the State and wasting precious water. Mr. Jagan Mohan Reddy in a letter written on July 5, said that Telangana continued to generate power through power is incidental to the irrigation needs and Telangana started drawing water from Srisailam from June 1 when the reservoir water levels are below +834 feet (Minimum Draw Down Level) without raising any indent with Krishna River Management Board.

So far, Telangana had utilised 19 TMC of water from Srisailam reservoir out of 26 TMC of inflows since June 1, thereby making it near possible to reach the water levels of +854 feet. The MDDL is essential for drawing water through gravity for the schemes dependant on Pothireddypadu Head Regulator, which could severe distress to drought prone regions of Rayalaseema, Nellore, Prakasam districts.

With Telangana stepping up of power generation at full steam at all reservoirs, outflows at Prakasam Barrage increased to 8,000 Cusecs flowing into Bay of Bengal.