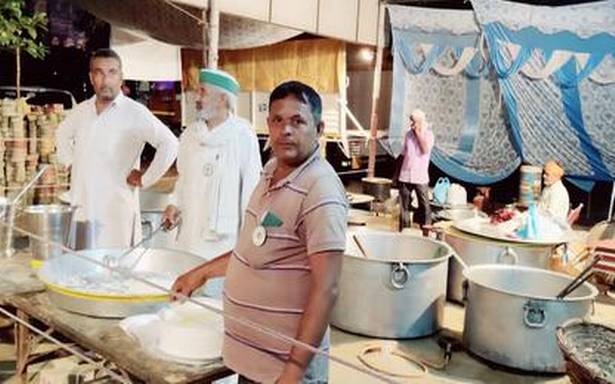 Ahead of the September 5 mahapanchayat in Muzaffarnagar against the contentious farm laws, the Bhartiya Kisan Union (BKU) said on Friday that the gathering would be historic and see the participation of farmer groups from across the country.

BKU national spokesperson Rakesh Tikait said farmers and workers were linking the mahapanchayat to their dignity. He pointed out that this would be the first time that he would be going to his home district since the agitation had started in November 2020. “I had pledged bill wapsi nahin to ghar wapsi nahin (not to return home unless bills are recalled),” he said.

Mr. Tikait said it was the call of the Samyukta Kisan Morcha (SKM), the umbrella body of the various farmers’ unions protesting against the laws, that compelled him to return to Muzaffarnagar. He, however, underlined that he would not go to his residence.

It would also be the first time that the Tikait brothers will share the stage in Muzaffarnagar since the agitation started.

Mr Malik said around 5,000 volunteers will work with the police to ensure smooth movement of traffic as more than a lakh of farmers are expected to reach the Government Inter College maidans on Sunday.

“We have issued identity cards to our volunteers. Hundred medical camps are also being set up. Mobile langars (kitchens) have already started functioning to feed the farmers. We have appealed to locals to treat the farmers coming to participate in the mahapanchayat as their guests and ensure that they don’t face any difficulty,” said Mr Malik. He alleged that some acolytes of government were spreading rumours that the panchayat had been postponed but such measures would not work.

The Uttar Pradesh government is gearing up to deal with the situation with senior officials arriving in Muzaffarnagar. Police officers who have served in Muzaffarnagar in the past have been called in to support the local police.