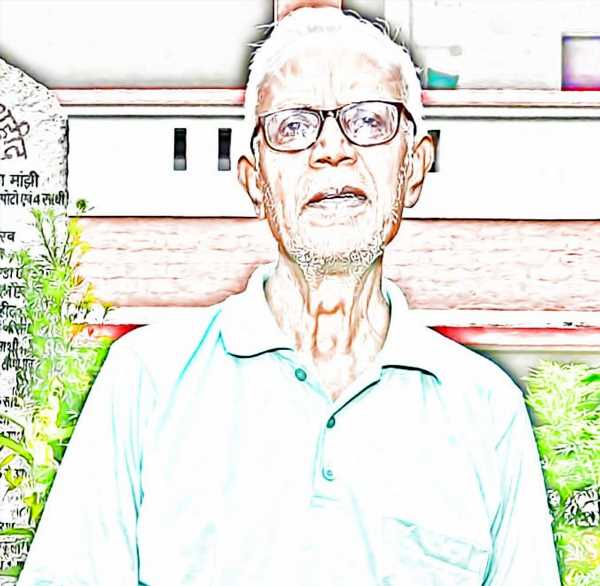 ‘After Father Stan Swamy’s death one thing has become very clear, that if you fight for justice in India you will be called a Maoist by the State’

“Father Stan Swamy was not anti-development. He was against the grabbing of Adivasi land. He was against displacing people in the name of growth and development,” human rights activist and writer Gladson Dungdung tells Syed Firdaus Ashraf/Rediff.com as he recalls his long association with the 84-year-old activist, who passed away on Monday in a Mumbai hospital while waiting for interim bail on medical grounds in the Elgar Parishad-Maoist links case.

When I was a college student in Pune in 2002, I read his articles on human rights and was very impressed by his writings.

After completing my studies in Pune, I met him in Ranchi. At that time, he was the only human rights activist in Jharkhand.

He was very happy to see me because I come from a tribal background and wanted to learn about the human rights issues faced by us.

He was already over 60 years in age and imparted his wide knowledge on tribal issues and mining companies which were displacing Adivasis from their land.

He trained many youngsters like me on human rights and Adivasi issues. 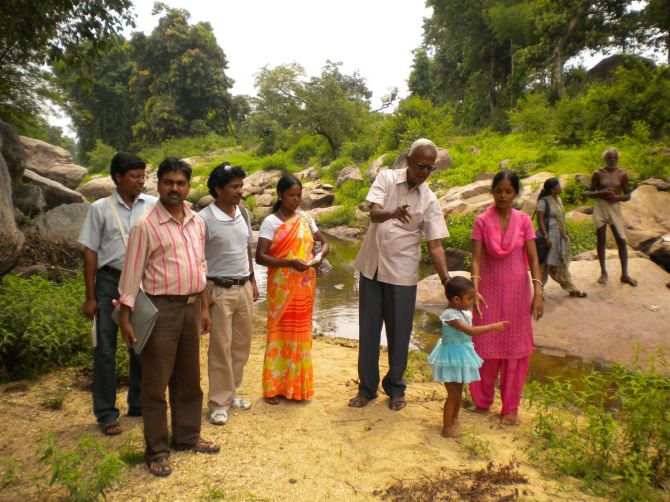 He built a centre in Ranchi known as Bageecha. It is a place where activists from remote areas of Jharkhand can come and stay in Ranchi.

Often these activists come to Ranchi for various legal issues and they have no accommodation. Father Stan Swamy has built a permanent shelter for such people in Jharkhand.

Another thing he will be remembered for will be his study on Adivasi detainees in Jharkhand state.

In his study he found out that there were 6,000 Adivasis held by the state government on different charges when they protested against their displacement.

These 6,000 Adivasis were arrested after Operation Green Hunt (launched by the Manmohan Singh government in 2009). He filed a PIL on this issue and the case is still going on.

He wrote many articles on these issues in different publications. He participated in almost every displacement movement or protests of Adivasis in Jharkhand.

Father Stan Swamy will always be remembered for giving a voice to the Adivasis. 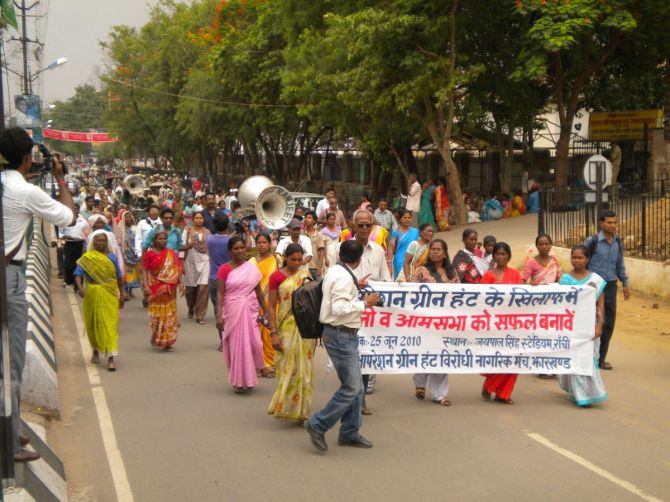 The last time I met him was when his name cropped up in the police investigation in the Bhima-Koregaon incident.

I met him that time in Ranchi with many other activists. In that meeting, I found out that he was sure he would be put behind bars. He was not afraid of jail and was ready to go to prison. He was a peace-loving person.

He was a very open person by nature and hid nothing about himself. And most importantly, he was passionate about the rights of Dalits and Adivasis.

He was arrested under false charges.

Father Stan Swamy’s death was a State-sponsored brutal killing. It is not a simple death. He did not get bail when he applied for it (because the National Investigation Agency opposed it).

Had he got the bail, he would have not run away.

He did not face any case in life before as far as I know and I fail to understand why an 84-year-old man could not get bail?

It looks like now the State had other ideas.

They considered him as a Maoist or terrorist, which is nonsensical. Father Stan Swamy’s opponents accused him for converting Adivasis to Christianity. I was surprised to hear such allegations against him after his arrest.

As a Catholic priest, he never attended mass. In my 20 years of association with him I never saw him at any church mass. How could this man be involved in conversions?

He was called Father Stan Swamy because he was a Jesuit and there are many Jesuits who are not involved in religious activities, but more involved in social causes.

The young generation of Indians will remember him as a peace lover and a person who fought for justice for the poor.

After his death one thing has become very clear, that if you fight for justice in India, you will be called a Maoist by the State.

And this fact, everyone knows in India today.