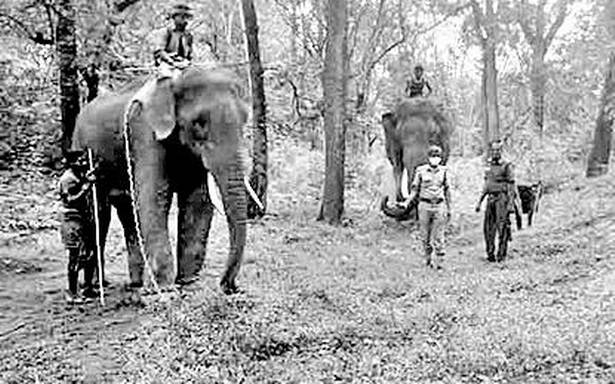 The fence along a private estate at Pandalur, on a crucial elephant corridor, is forcing the mammals to take a detour through the nearest town.

The AMV estate at Pandalur, near Devala, lies along a key corridor used by elephants to move between the Mudumalai Tiger Reserve (MTR) and Nilambur in Kerala.

The owner of the property, Jabarullah, put up an electric fence around the estate around two months ago, officials said.

Forest Department officials said that since the fence was erected, elephants were forced to cut through the town of Devala and Devalahatty and surrounding settlements, leading to problematic human-elephant interactions.

“The estate lies along a crucial elephant corridor, and each year, elephants use this estate to migrate. Since the fence was set up, elephants are being forced to move through surrounding towns and settlements,” said a top Forest Department official at Gudalur.

The area has become a hotbed of human-elephant conflicts over the last few months, with elephants damaging houses while moving through the settlements.

Two ‘kumkis’ from the Theppakadu Elephant Camp in the MTR were deployed to chase away elephants that stray close to human habitations.

When contacted, Mr. Jabarullah said he had been instructed to remove the fence, and added that he had disconnected power to the fence but was yet to remove it.