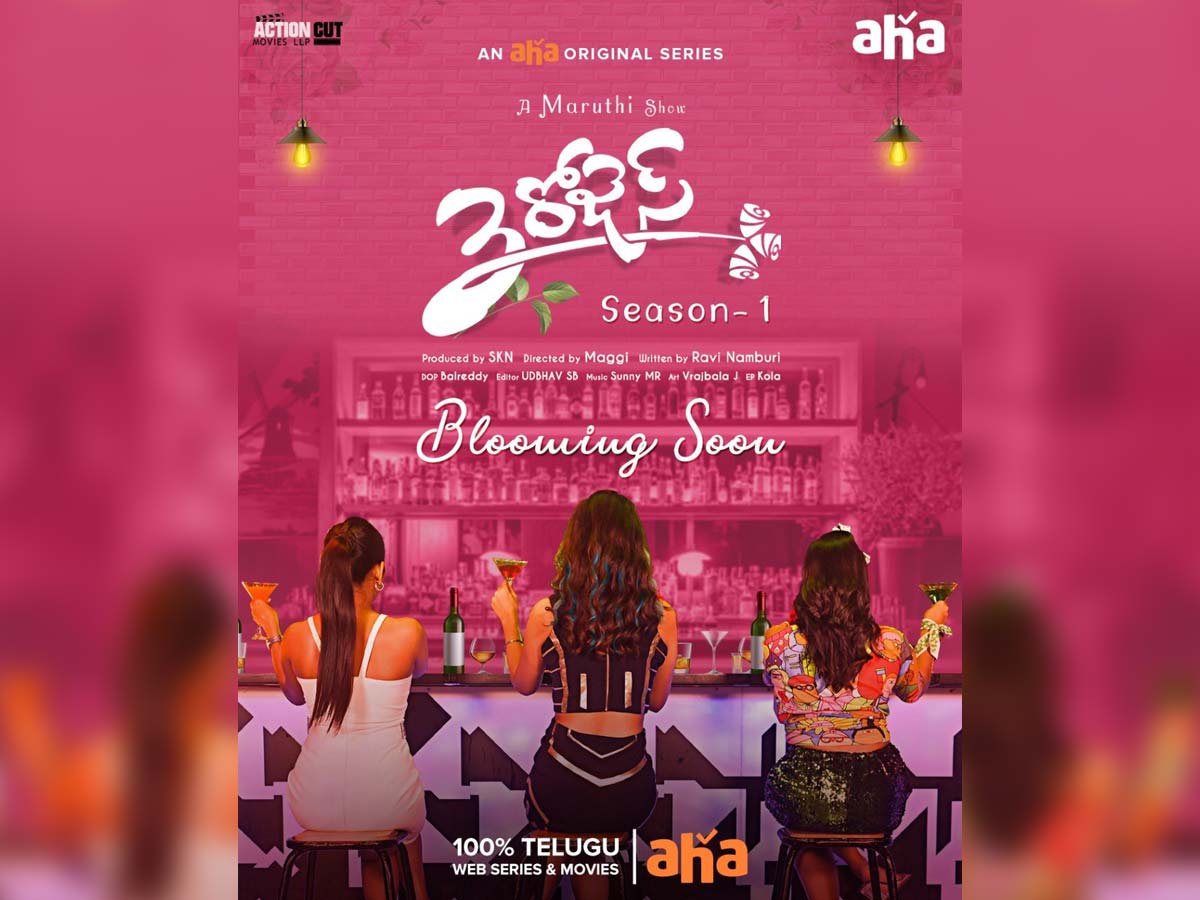 We have already reported that the noted director Maruthi has announced that he is ready to produce films or web series and support the upcoming film makers. He had also said that he would encourage the fresh talents be it actors, directors etc. Now according to the latest update, Maruthi’ web series has been titled 3 Roses and today the makers released the first glimpse of this web drama.

The web drama 3 roses is directed by a debutant Maggi. While Concept and dialogues are provided by Maruti himself. As the name suggests three beautiful actresses are playing the lead roles. The web series is touted to be contemporary romantic and comedy. And it is  focusing mainly on youth.  The official announcement regarding the series’ cast and crew members details will out soon.

Maruthi is well-known for directing low budget films like Ee Rojullo and Bus Stop. He is associated with Maruthi Talkies, a film production house in Telugu Film Industry.

On the otherside, he is currently busy in his upcoming Telugu directorial venture Pakka Commercial, which is produced by UV Creations and GA2 Pictures. The film features  Jil fame Gopichand and World Famous Lover fame Raashi Khanna in the lead roles.