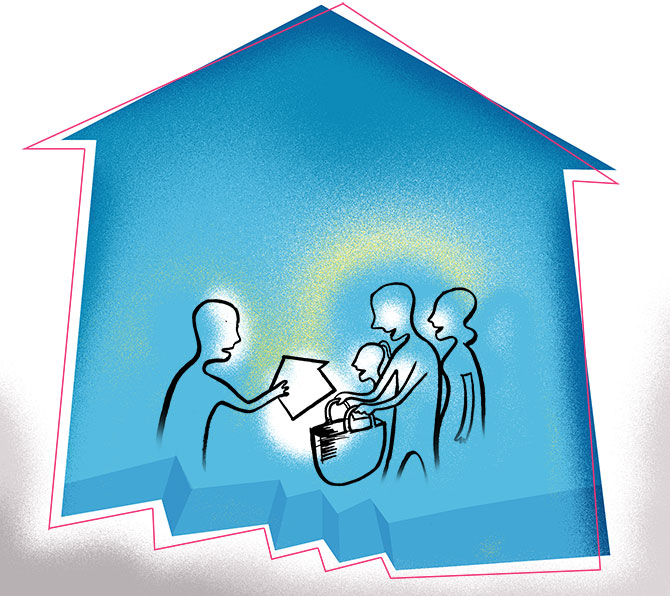 The real estate market has seen a decline in affordability due to the recent rise in median loan rates as a result of the 50 basis points (bps) hike in repo rates by the Reserve Bank of India (RBI). A cumulative increase of 0.95 per cent in median home loan rate has impacted the purchase affordability and purchase decisions of homebuyers, according to the Affordability Index by Knight Frank.

The Affordability Index tracks the EMI (equated-monthly instalment) to income ratio for an average household.

The index highlighted that the cumulative rate hikes decreased home purchase affordability by 2 per cent across markets and increased EMI load by 7.4 per cent.

“Home affordability, due to the rise in median loan rates, has worsened in 2022.

With the need for homeownership still being strong, homebuyers will largely make compromises.

They will be considering lower-priced housing units rather than deferring their purchases as expectations of further price increases will discourage deferment, Baijal said.

According to a nine-month assessment by Knight Frank, Ahmedabad continues to remain the most-affordable housing market among the top eight cities.

It has an affordability index of 22 per cent followed by Pune at 26 per cent and Chennai at 27 per cent.

On the city-wise data, the report said Mumbai remains the most expensive residential market in the country.

Mumbai is the only city whose affordability index is improving at the rate of 4 per cent — from 53 per cent in 2021 to 57 per cent in the third quarter of this year.

With the advent of the pandemic in early 2020, the affordability index further improved and currently stands at 31 per cent.

NCR ranks third in terms of the most-expensive residential market in the country during Q3 of 2022.

The city’s affordability index has been fluctuating year on year.

Ahmedabad has consistently been the most-affordable city in India since 2019.

Moreover, the affordability index further improved to 20 per cent in 2021.

This index of the city currently stands at 22 per cent during this quarter.