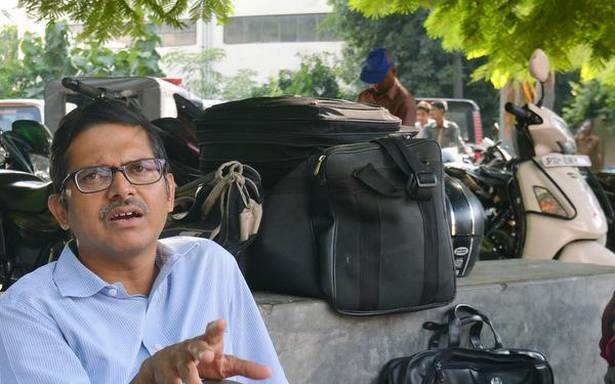 “The proposed name of his new outfit is Adhikar Sena,” he said and requested his supporters to suggest more names along with purpose, mission and structure of the party.

Ahead of the 2022 Uttar Pradesh Assembly elections, former IPS officer Amitabh Thakur on Friday said he will float a new political party soon.

“After consulting my supporters and well-wishers, I have decided to float a new political party,” Mr. Thakur said in Lucknow.

“The proposed name of his new outfit is Adhikar Sena,” he said and requested his supporters to suggest more names along with purpose, mission and structure of the party.

The government had issued an order for Mr. Thakur’s premature retirement on March 23 this year, saying he was “not found fit to be retained for the remaining tenure of his service”.

Earlier this month, Mr. Thakur’s wife Nutan Thakur had announced that he would be contesting the coming Assembly elections against Chief Minister Yogi Adityanath.

“Adityanath took many undemocratic, improper, suppressive, harassing and discriminatory steps during his tenure as Chief Minister. Hence, Amitabh shall be contesting the election against Adityanath from wherever he contests,” she had said.

An officer of Uttar Pradesh cadre, he would have retired in 2028.

In 2017, Mr. Thakur had urged the Centre to change his cadre state.

The officer was suspended on July 13, 2015, days after he had accused Samajwadi Party patron Mulayam Singh Yadav of threatening him.

A vigilance enquiry was also initiated against him.

However, the Lucknow Bench of the Central Administrative Tribunal stayed his suspension in April 2016 and ordered his reinstatement with full salary with effect from October 11, 2015.