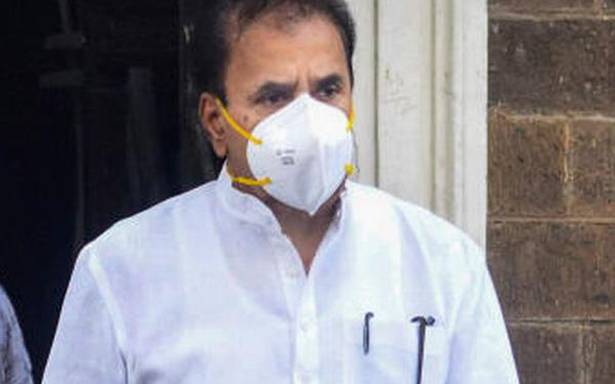 The former Home Minister of Maharashtra Anil Deshmukh on Tuesday filed for bail in a money laundering case against him.

Mr. Deshmukh, 71, currently lodged at Arthur Road Jail, filed for statutory bail on the grounds that no cognisance of the chargesheet was taken by the Prevention Of Money Laundering Act Court.

He was arrested by the Enforcement Directorate (ED) on November 1 after being questioned for 12 hours. He was sent to the agency’s custody till November 6.

On December 29, the ED filed a supplementary chargesheet against Mr. Deshmukh and his two sons.

The letter alleged instances of Mr. Deshmukh directing suspended police officer Sachin Vaze and others to collect ₹100 crore over a month from bars and restaurants.

On April 21, an FIR was registered against the former Minister under Section 120 B (criminal conspiracy) of the Indian Penal Code and Section 7 (public servant taking gratification other than legal remuneration in respect of an official act) of the Prevention of Corruption Act.