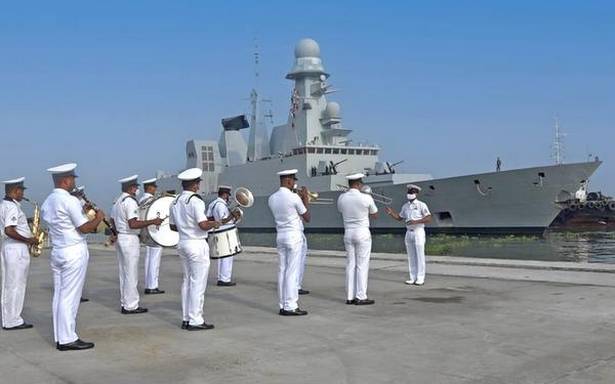 The ship arrived at the Cochin Port Trust on Thursday where it was received by Commanding Officer, INS Sagardhwani, along with traditional fanfare by the Southern Naval Command’s naval band.

Capt. Antoine Vibert, the Commanding Officer of the French ship, called on Rear Admiral Antony George, Chief of Staff, Southern Naval Command, and operational issues of mutual interest were discussed. The French Naval ship will be departing Kochi on November 30.

The visiting ship is home-ported at Toulon, Southern France. She was operating in the Indian Ocean Region and arrived at Kochi after visiting Mumbai from Djibouti after participating in various anti-piracy and anti-smuggling operations.