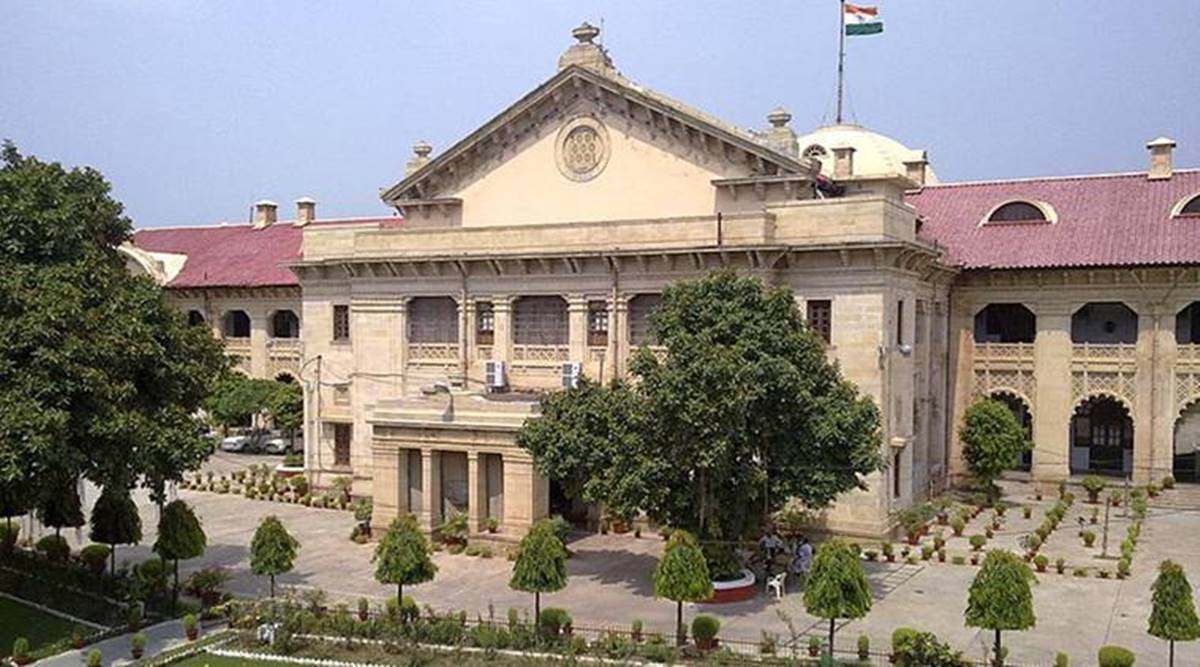 On April 27, the High Court had ordered that judicial officers be appointed to the state's nine worst-hit districts, who will work as nodal officers and report to the court every weekend about the Covid situation in the state. Hearing a PIL on Uttar Pradesh’s handling of the Covid pandemic, the Allahabad High Court on Tuesday issued a string of directions to the state government — from giving 48 hours to set up a three-member grievance committee in each district, to seeking a roadmap from the state and Central government on how they plan to vaccinate “illiterate labours and other villagers” in the 18+ category “if they are not able to register online for vaccination”.

A two-judge bench of Justices Siddhartha Varma and Ajit Kumar also took note of discrepancies in death figures submitted by the government in its affidavit to court, saying they don’t match with what the court-appointed judicial officers have submitted.

“We further find that figures of death have not been shown date wise between 19th April, 2021, and 2nd May, 2021. If we consider the report of Nodal Officers of Gorakhpur, Lucknow, Prayagraj, Gautambudh Nagar and Kanpur, the scene emerges otherwise than the picture shown with figures of deaths,” the bench said, adding that it would take up the matter “after considering our nodal officers’ report on the next date”.

On April 27, the High Court had ordered that judicial officers be appointed to the state’s nine worst-hit districts, who will work as nodal officers and report to the court every weekend about the Covid situation in the state.

In its order that was uploaded late Tuesday night, the court also said that if a person, who is admitted to hospital with influenza-like infection dies while his test report is awaited, the death must be treated as Covid death and all protocol followed.

Directing the state to set up a three-member ‘Pandemic Public Grievance Committee’ in each district, the bench said the committee would include the “Chief Judicial Magistrate or a judicial officer of similar rank to be nominated by the District Judge”. The court ordered that the committees should come into existence within 48 hours of passing of the order.

The court also asked the government to reconsider the amount of compensation to be given to families of polling officers who died of Covid while on duty during the just concluded panchayat elections, saying the amount “must be at least to the tune of Rs 1 crore”.

On May 7, the state government told the court that it had decided to give a compensation of Rs 30 lakh to the families of the deceased polling officers.

Saying the amount was too less, the court observed that it was a “deliberate act on the part of the State and State Election Commission to force them to perform duties in the absence of RTPCR support”.

Tarun Agrawal, counsel for the State Election Commission, had told the court that 77 polling officers had died in 28 districts and that reports from other districts were still awaited. On Tuesday, Agrawal sought more time to bring in details.

Saying the government affidavit filed in compliance of its April 27 order didn’t have the information it sought, the bench said the affidavit showed that the “number of testing has been reduced gradually”.

“Even the details regarding oxygen production in the State qua 22 hospitals have not been given,” said the court.

The court also directed the state and Central government to place before it their plan by which “they would vaccinate those illiterate labours and other villagers between the age group of 18 and 45 years if they are not able to register online for vaccination”.

Sun Hospital was among several hospitals where reports of oxygen shortage had been taken note of by the court.