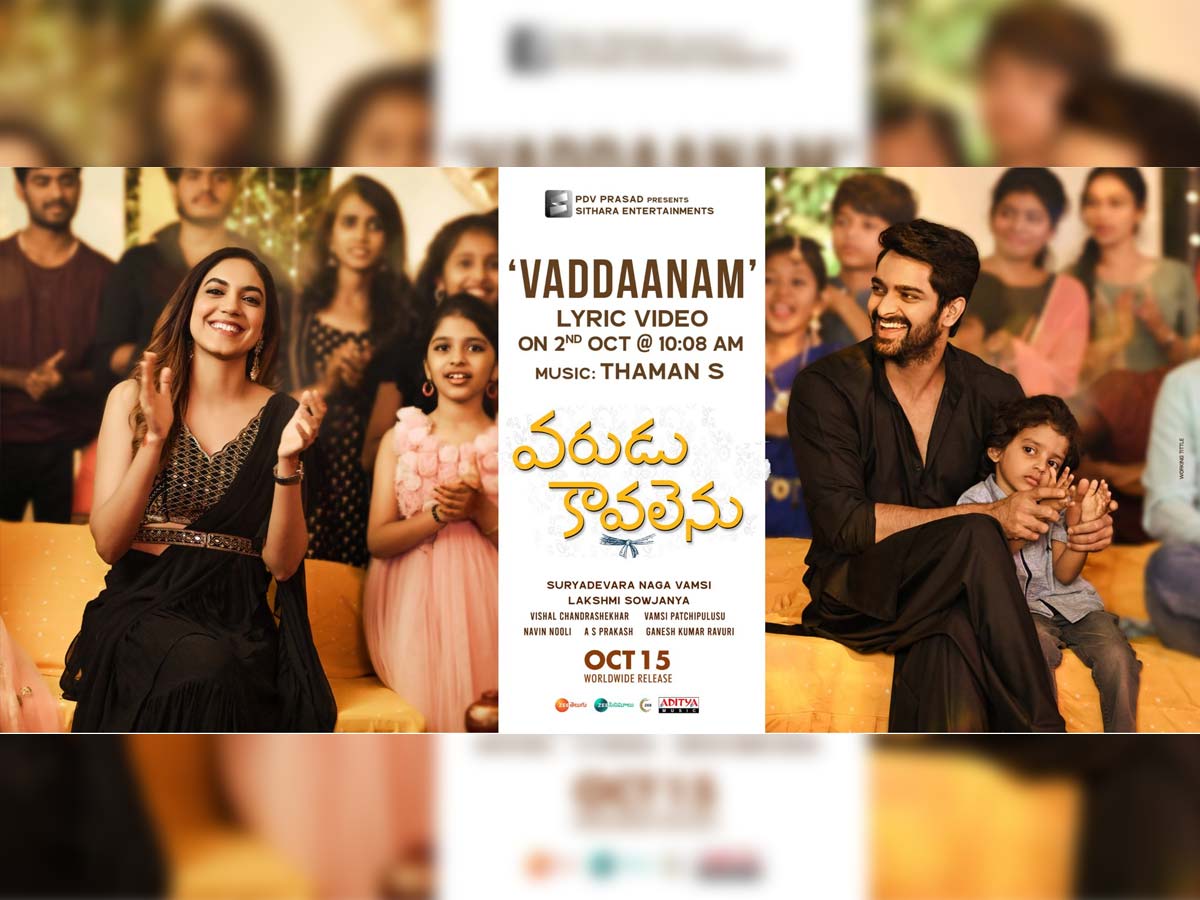 Varudu Kaavalenu starring Naga Shaurya and Ritu Varma, is an upcoming Telugu romantic and comedy movie which is directed by debutant Lakshmi Sowjanya and is produced by Suryadevara Naga Vamsi under the banner of Sithara Entertainments.  As the shoot of this film has been wrapped up, the makers are busy in the promotional activities of the film. Now according to the latest update, the makers of Varudu Kaavalenu  are going to release a fun and peppy number Vaddaanam tomorrow on 2nd October at 10.08 am.

Vamsi Patchipulusu is handling the camera work of this romantic drama Varudu Kaavalenu whereas and Vishal Chandrashekhar is the music director.

On the work front, Ritu Varma who was last seen playing the female lead in Natural Star Nani starrer family drama Tuck Jagadish, will be next seen in Oke Oka Jeevitham whereas Naga Shaurya is waiting for the release of Lakshya.   The  young actor Naga Shaurya also has Phalana Abbayi Phalana Ammayi, co-starring Malavika Nair, another film which is titled Police Vaari Hecharika which is helmed by KP.