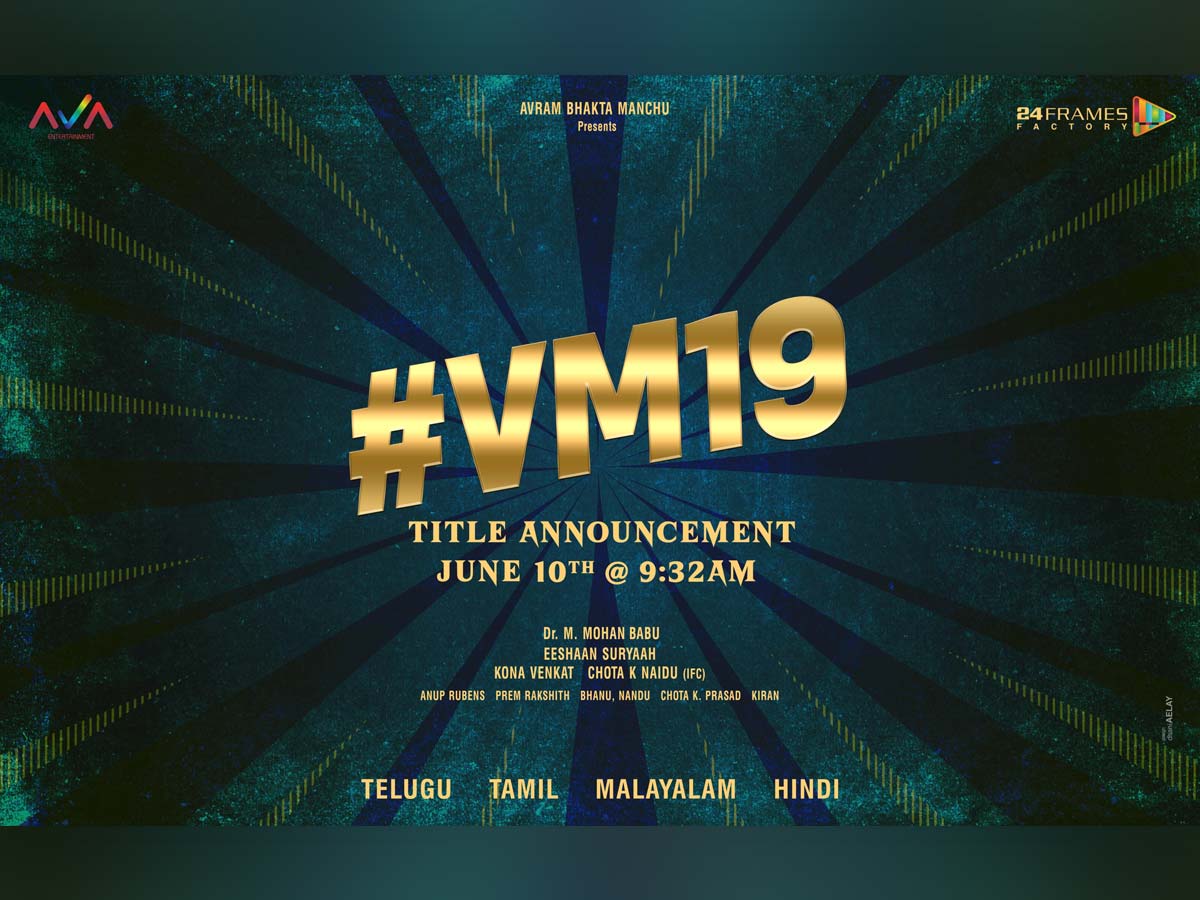 Manchu Vishnu, who is the president of Movie Artists Association (MAA), hasn’t been seen in the films for a year. His last movie was Mosagallu, which was a 2021 film. Now, the handsome actor is making his comeback with his upcoming tentatively titled film VM19.

Eeshaan Surya wielded the megaphone for the film. It has Payal Rajput and Sunny Leone as the female leads. It has been heard that the team is ready to reveal the official title of the film tomorrow at 9.32 am on social media.

Today, the leading light Manchu Vishnu took to Twitter to drop the news that the official title will be revealed tomorrow. In the film, Vishnu will be seen as Gaali Nageswara Rao. Vishnu, he himself is producing the movie under his own banner AVA Entertainment, and he is also looking to expand it further.

Additionally, he is also said to be opening AVA Music and AVA Studio under his production company. He decided so, to inspire and welcome new talent, support innovative ideas, recognize and be reachable to aspirants. Vishnu is going to make digital films, feature films, docu-series and web series through AVA.