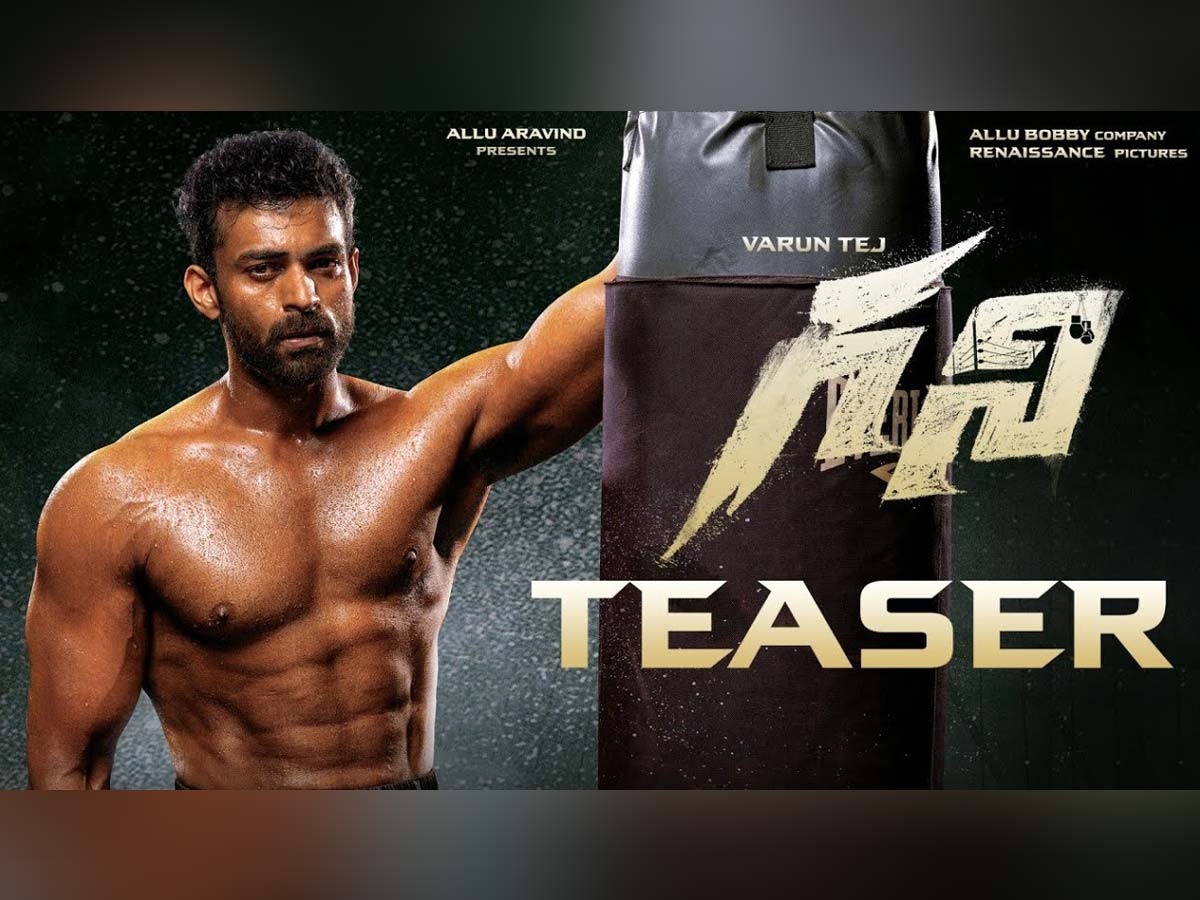 Ghani is one of the  most prestigious film  in which mega prince Varun Tej is playing the lead role. The young actor has got a complete makeover with this film  in which he is essaying the role of a boxer. Today morning the makers of Ghani released the teaser which has  Mega power Star Ram Charan’ voice over. Varun Tej’ body, his look and boxing setup are highlighted. The movie lovers are sharing their review on Ghani teaser which is as follows:

The teaser showcases Varun Tej in a never before seen avatar and is loaded with the race scenes.

Ravi  Chaveli: Charan’s voice … ufff!! Hope he narrates in the film as well

Hari Prasad: Charan’s voice over made a magic on screen

The movie also has Suniel Shetty, Upendra, and Naresh in the crucial roles.  It is helmed by Kiran Korrapati  and has the music by Thaman.