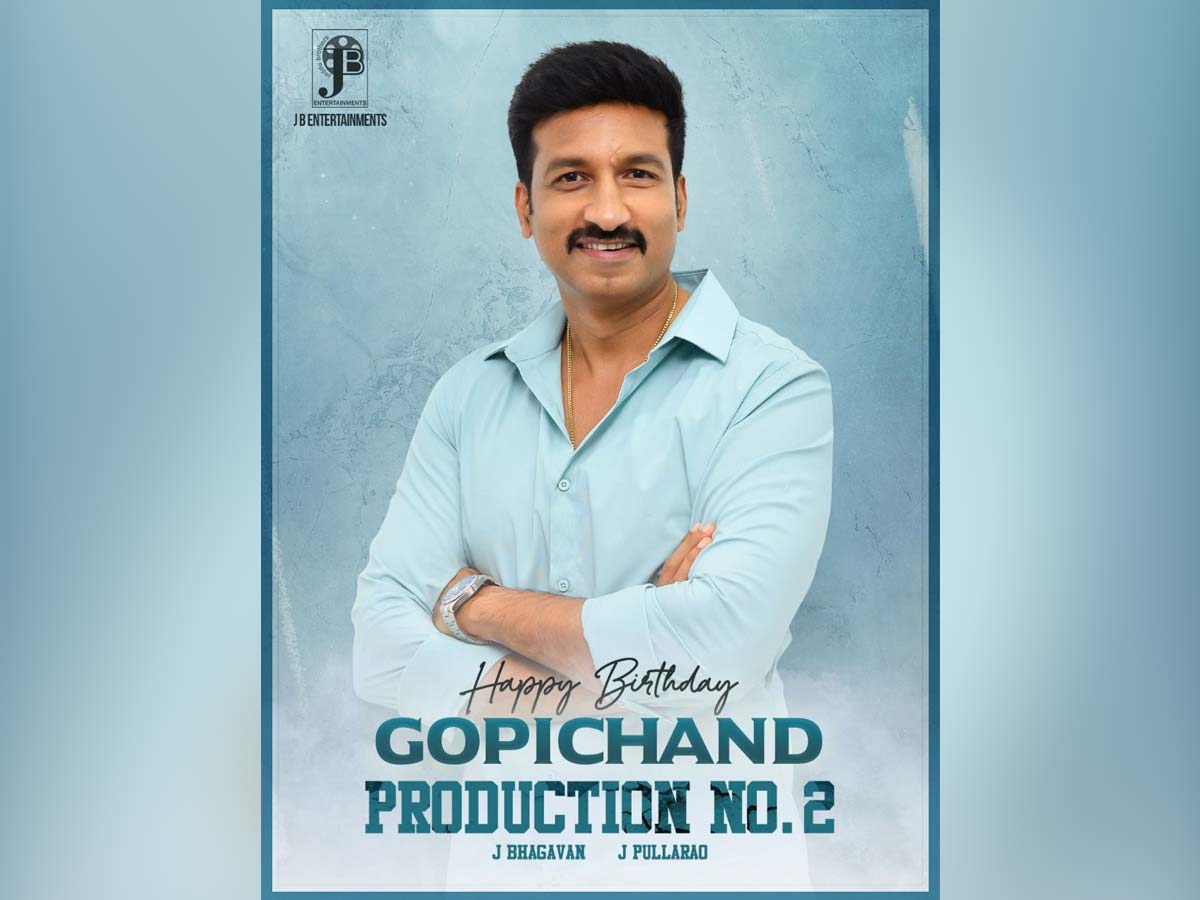 Gopichand, who rose to fame through his antagonist roles in movies like Varsham and Nijam, later went on to play the hero in several movies. Today on the occasion of his birthday, Tollywood hot hunk Gopichand made official announcement regarding his next project. Gopichand will act in a yet to be titled film which will be produced by J Bhagavan and J Pullarao. The producers have already made few movies,  Sankam and Goutham Nanda  with Gopichand. Now once again they are going to work together for a project.  Gopichand has been previously seen in films like Oxygen, Pantham, and Chanakya.

The upcoming action drama will be directed by a popular whose name will be revealed soon. The film will go on floors, after Gopichand wraps up his ongoing projects.

On the otherside, Gopichand is currently working for  Pakka Commercial  which is being helmed by director Maruthi, who is known for his previous hit Mahanubhavudu among others. The commercial entertainer is being funded jointly by Geeta Arts and UV Creations. The movie has bubbly girl Raashi Khanna acting as the female lead.