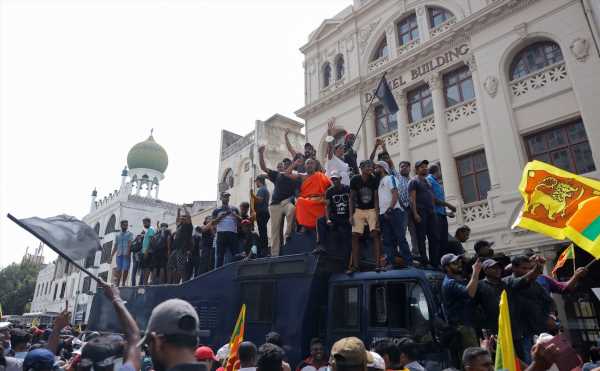 ‘There is fear that the president and prime minister are dragging their feet and won’t resign.’

A senior researcher at the Centre for Policy Alternatives that aims at strengthening civil society contribution to public policy, Ms Fonseka has a bachelor’s degree in law from the University of Bristol in the UK, a master’s in law from Denver University in the US and a master’s in public administration from Harvard.

“The Rajapaksas are still around and there is anger towards Wickremesinghe for allowing the Rajapaksas to continue,” she tells Rediff.com‘s Archana Masih in a telephone interview from Colombo. The first of a two-part interview:

What accounts for the large mass of humanity that turned up at the president’s house? Was it a coordinated mass protest? Or was it spontaneous?
Were you taken aback by the number of people who turned up?
What was the final provocation for this mass upsurge?

The protest was planned to mark three months of the people’s protest at the Galle Face site in Colombo demanding President Gotabaya Rajapaksa’s resignation.

The message to everyone was that this was going to be the big protest that would lead to his resignation. There was a tagline in Sinhala calling everyone in Sri Lanka to descend on Colombo.

It wasn’t clear how many would turn up because people aren’t able to travel by vehicles due to the fuel crisis.

Those who couldn’t come were protesting in their own local areas.

There were weeks of massive protests in Colombo and smaller protests outside the capital.

What took everyone by surprise was the sheer number of people who participated. 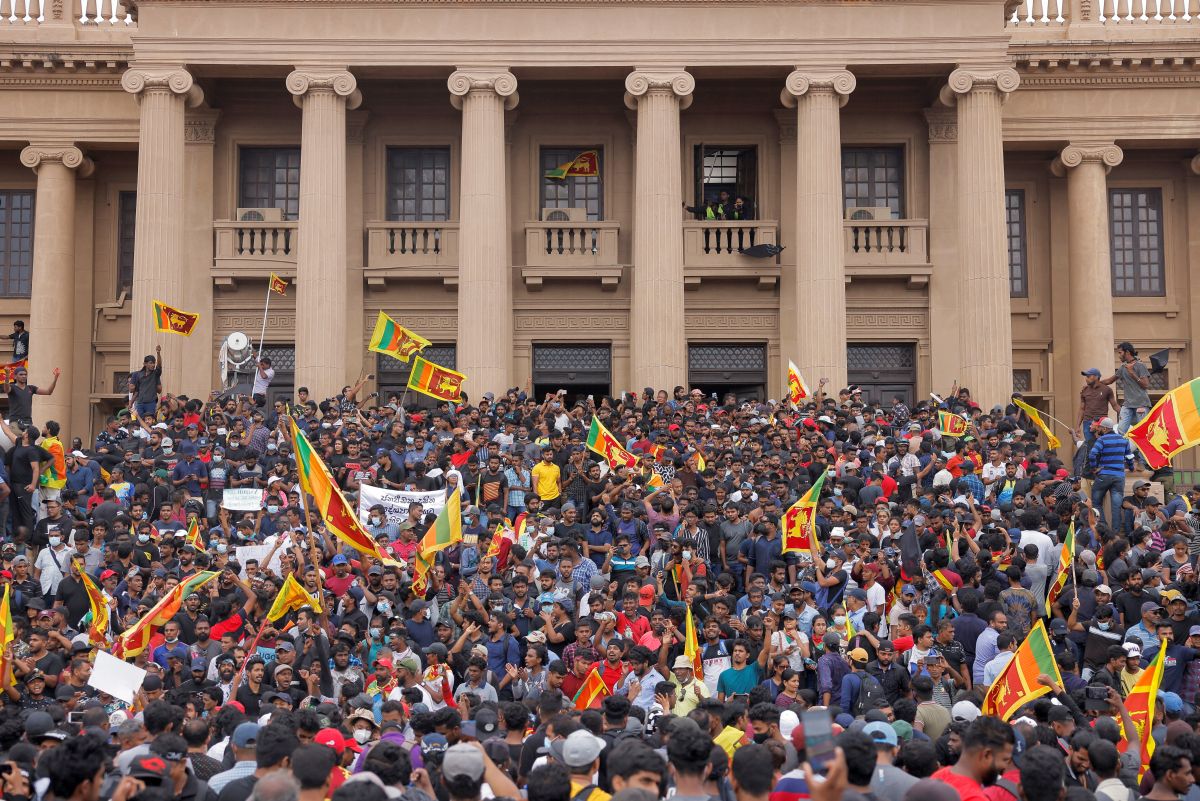 Even I was very surprised seeing the numbers who came out, despite all the challenges they faced to get there.

What now? Do you believe President Gotabaya Rajapaksa will leave office by Wednesday, July 13? Or is it just a feint to wait till the anger dies down?

The president and the prime minister have yet to resign. There is a fear that they are dragging their feet and won’t resign.

There is a real danger and fear that that may happen.

The prime minister has said he will resign when an all party government is formed.

The president has said he will resign on Wednesday, July 13.

But many are questioning the delay when the clear demand is that they should resign immediately.

Therefore, there’s a lot of uncertainty as to what will happen. The Opposition and different political parties are meeting to look at options to see what kind of interim arrangement is possible.

There are a lot of developments, but there’s this great fear that the president and the prime minister may not resign.

Whatever government comes in, what can this government do to resolve the economic crisis?

The next government is going to have a massive task because Sri Lanka is facing both a political and economic crisis. The situation has deteriorated in the last few months and there is also a humanitarian crisis now.

Whoever is the next president will have to usher stability and ensure that Sri Lanka doesn’t completely collapse economically, and that people don’t face starvation and have the basic necessities.

It sounds like an impossible task. I think even the Opposition parties are very aware that whoever takes it on, may not be able to address these problems.

There is also the call for fresh elections and whoever takes over will be blamed with this crisis. So, it’s a difficult time, in many respects, but what is most urgent at the moment is to address the political vacuum and ensure stability. 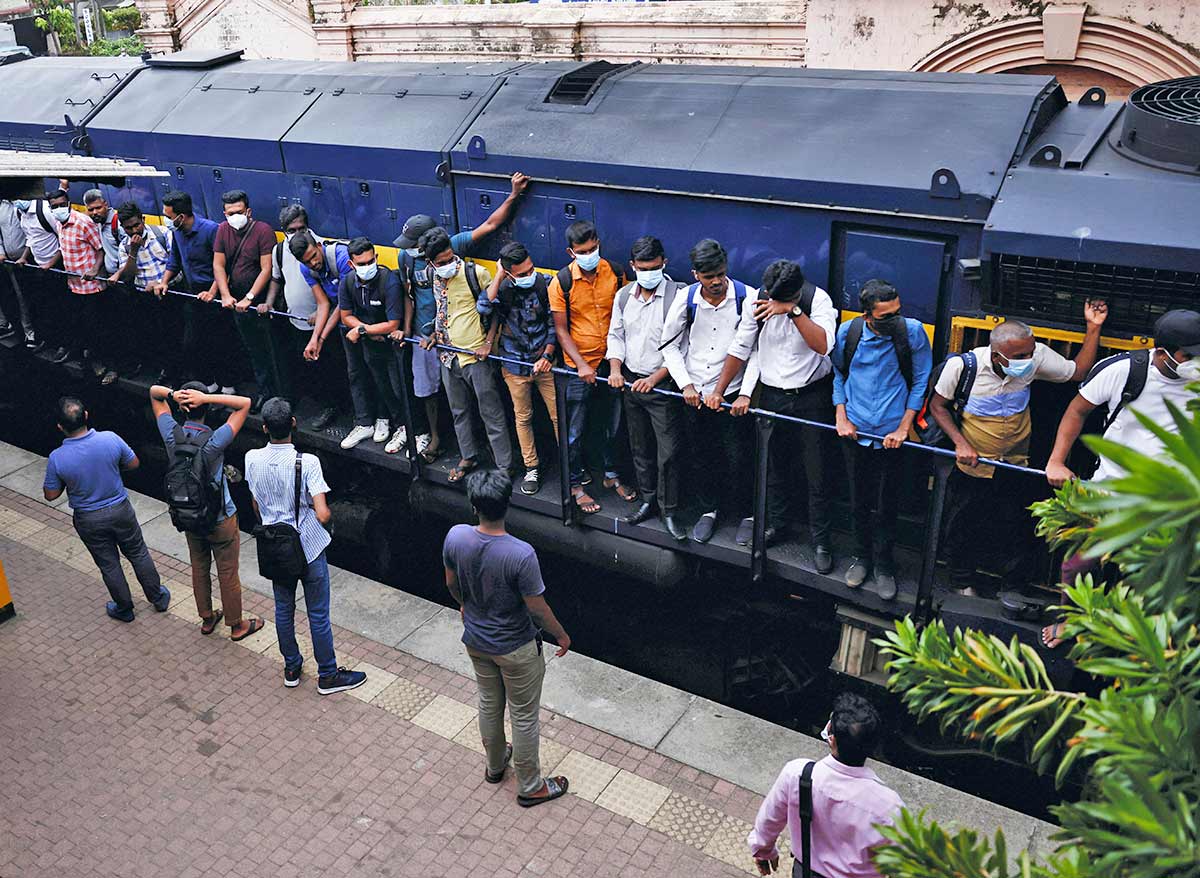 How do you account for the anger against Ranil Wickremasinghe and the burning of his private residence? Why are people so angry with him? Is this anger directed at all politicians?

The anger is towards most politicians. People feel that all politicians have failed and have not addressed the crisis. The anger towards the Rajapaksas is the greatest because the crisis is directly attributed to their mismanagement.

Ranil Wickremasinghe is also blamed because he took over as prime minister saying he is going to turn things around, but people feel nothing changed during his premiership.

There are others who feel that as prime minister, he gave a lifeline to the Rajapaksas because they may have left or resigned in May, but the president continued in office, and the others went into hiding and returned.

That said, it is very unfortunate that his personal residence was destroyed because that is not what the protesters have stood for.

There are also questions as to who was behind that attack because the protesters at the Galle Face site who went into the presidential official residence and the office, didn’t destroy property.

Questions are now being raised as to whether there were other actors involved in the destruction of Ranil Wickremasinghe’s residence. 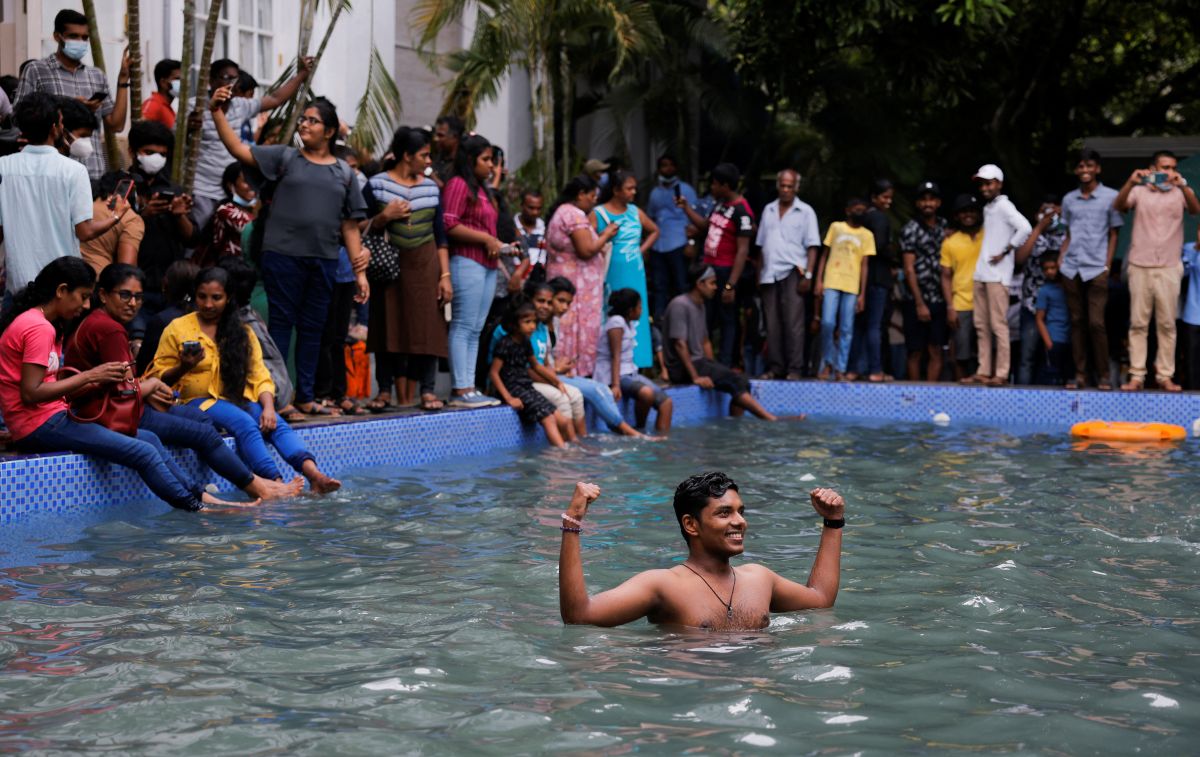 Do you think President Gotabaya will resign?

If he listens to the demands of the people, he should resign. But the fact that he hasn’t resigned so far shows that he is going to do everything to hold onto power.

We are facing a situation where an individual is refusing to go home, regardless of the months of people’s demands.

There is a real worry that this person who enjoys a very powerful office may resort to anything to hang onto power. 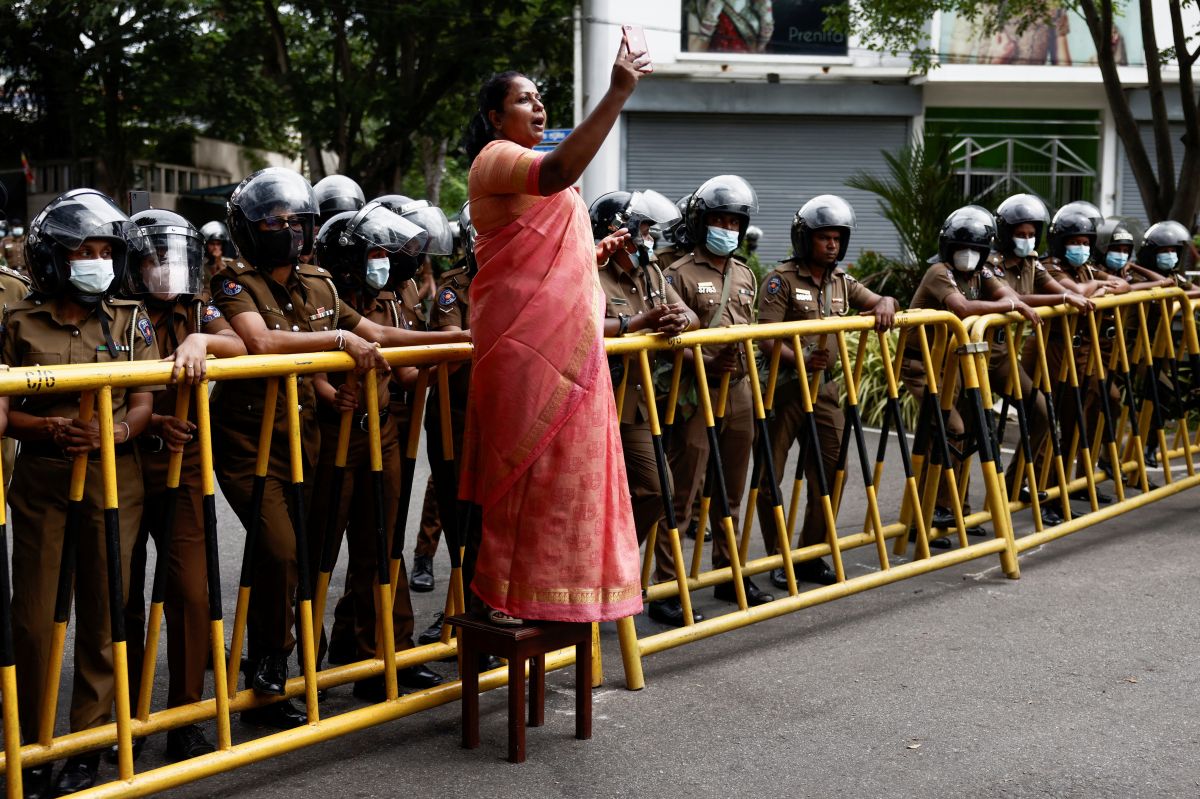 Do you feel hardline leftists elements like the JVP (Janatha Vimukthi Peramuna) are taking advantage of the anger against the current political establishment to achieve their own political objectives?

All political actors are looking at the crisis to address their own objectives. They are looking at whether it serves their interests and their agendas to come in and form the government.

They are also looking at the next election whenever that happens. It is just not the JVP and others, but all the political actors are looking at what is likely to be in store and how that would work best in their interests.