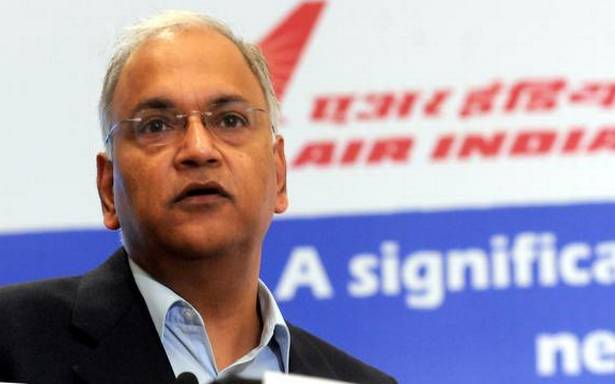 It was alleged that Mr. Jadhav had constituted illegal/irregular promotion panel to recommend suitable candidates for promotion to the post of General Manager (Operations)

The CBI has closed a case against former Air India CMD Arvind Jadhav and others over alleged corruption in the appointments of General Managers after the Central Government refused to grant its sanction to prosecute him, officials said.

The agency had booked Mr. Jadhav, then General Manager L.P. Nakhwa (now retired), and then Additional General Managers A. Kathpalia, Amitabh Singh and Rohit Bhasin after a year-long preliminary enquiry, they said.

It was alleged that Mr. Jadhav had constituted illegal/irregular promotion panel to recommend suitable candidates for promotion to the post of General Manager (Operations), they said.

The Department of Personnel and Training had asked the CBI to send a fresh proposal for seeking sanction against Mr. Jadhav which was sent to it on December 19, 2019, officials said.

The DoPT conveyed to the CBI on June 9, 2021 that the Civil Aviation Ministry has denied the sanction saying “there seems to be a irregularity/administrative lapse in the constitution of selection committee, but that itself does not amount to offence under Sections of IPC and the Prevention of Corruption Act, 1988."

"Further, there was no violation of rules in granting of vigilance clearance in respect of three candidates who were selected as GM (Operations), as vigilance clearance could not have (been) denied to them as per extant rules," it said while denying the sanction.

The CBI in its final report recommended the alleged offence cannot be investigated "in bits and pieces" because the accused in the FIR allegedly played their individual roles.

The agency said in the absence of permission to prosecute Mr. Jadhav and others it would not be possible to link the chain of evidence in fragmented manner by excluding the criminal act of the main executors, Mr. Jadhav and Mr. Nakhwa.

The CBI said it will not be justifiable to carry out the investigation in the instant matter against the remaining three accused.