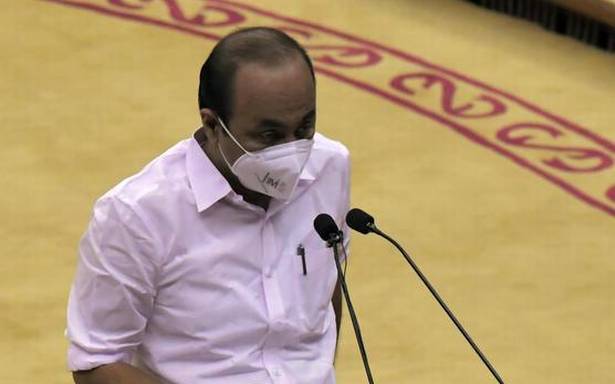 He alleged the CPM had always opposed development projects in the State, including the Vizhinjam port project, which was later willingly adopted by the CPM-led government

The Opposition leader in the State Assembly V.D. Satheesan said on December 27 that the government led by Pinarayi Vijayan was shying away from revealing the details of the semi-high speed rail line (Silverline) project. Even after demanding a two-hour discussion on the project in the State Assembly, the government had not been forthcoming with the details, he said at a press conference in Kochi.

He also said the Opposition had asked the government to make public the detailed report on the project. But that had not been done so far.

He alleged the CPM had always opposed development projects in the State, including the Vizhinjam port project, which was later willingly adopted by the CPM-led government. The Vizhinjam project was derided by the CPM as a real estate project.

The Opposition has raised five questions about the Silverline project, which include the questions on the financial strength of the state to implement the project. The project has not seen any study on its social and environmental impacts, he added. The Indian Railways has so far not given its permission to carry out the project and no proper survey has been conducted before implementing the project, he added.

The project cost, though now projected as ₹65,000 crores, is expected to go up to about 1.33 to two lakh crore rupees and it would not be affordable for the State, he said.

Mr. Satheesan also accused the Chief Minister of trying to provide space for the Bharatiya Janata Party through his efforts to weaken the Muslim League. He said extremist forces would gain from the weakening of the Muslim League and the government led by Mr. Vijayan was paving the way for the strengthening of these extremist groups.