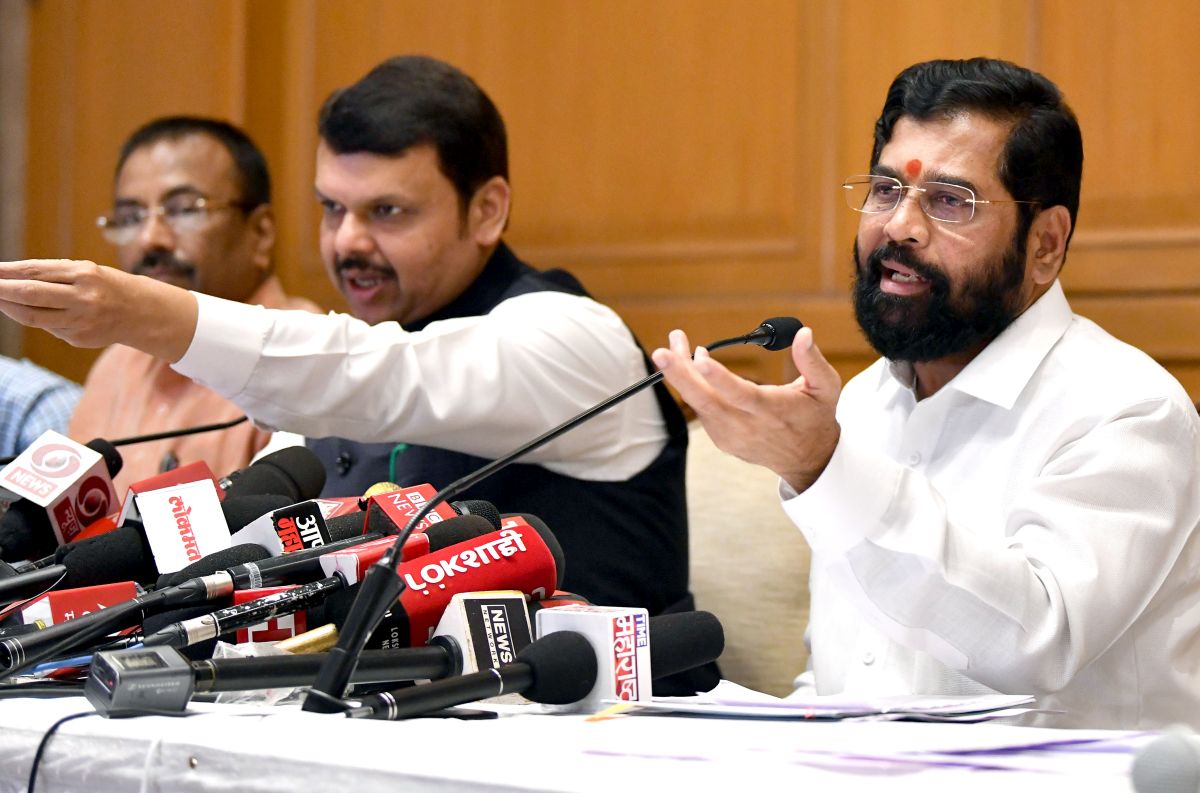 When the Maharashtra government’s Marathi language committee announced the Yashwantrao Chavan Literature Award 2021 to author Anagha Lele for her translation of Maoist ideologue Kobad Ghandy’s book Fractured Freedom: A Prison Memoir, little did it realise it would be soon in the eye of a political storm.

This award to Lele, for translation of Ghandy’s book, by a committee appointed by the state government came in for criticism and backlash on social media owing to Ghandy’s alleged Maoist links.

The Maharashtra government on December 13 withdrew the award announced on December 6 and scrapped the committee that made the decision.

As a mark of protest author Anand Karandikar, who was also selected for tYashwantrao Chavan Literature Award 2021 in the general category for his Marathi book Vaicharik Ghusalan, returned his award and the prize money of Rs 1 lakh to the Maharashtra government.

“Returning the award is an individual’s way to oppose the undemocratic acts of a government which wants to control what people read or write,” Karandikar tells Prasanna D Zore/Rediff.com.

Why did you return the Yashwantrao Chavan Literature Award 2021 to the Maharashtra government?

I have returned my award and the prize money in protest against the Maharashtra government’s decision to withdraw an award given to another Marathi author Anagha Lele for translating Maoist ideologue Kobad Ghandy’s book Fractured Freedom: A Prison Memoir claiming that Ghandy was a Naxalite and giving a price to his book is against government policy.

My point is the author (Lele) was given the price for quality of translation; if you don’t like the book and if you think the book preaches anti-national or anti-social ideology, then there is a process to ban it.

But when the book is not banned and is available freely and the committee that you appointed judges it to be well-translated and then you cancel the prize is against all norms of decent democratic decision-making; you are trying to curb the freedom of expression.

Such an undemocratic act is not acceptable to me and my conscience, so I have returned the award and the prize money back to the government.

Is there likely to be a collective movement of authors against, as you call it, the Maharashtra government’s ‘undemocratic act’?

Sharad Baviskar, who has written an autobiography Bhura, has also returned his prize yesterday (December 13). Two of the committee members have resigned from their positions and this is what the situation now is.

What message is the Maharashtra government trying to send to authors by such ‘undemocratic acts’?

They first announced the prize and then announced its cancellation.

Why does the government want to control people’s choices when it comes to reading a certain book?

This government belongs to political parties which themselves don’t have a good ideology or thoughts to preach, so they don’t want anybody else to propagate their thoughts.

This is a trial balloon they (this government) have floated by raising the bogey of Naxal thought being propagated through the translation of Lele’s book.

As far as I have read the book it doesn’t give a call to hinsa (violence) or using violent means to overthrow elected governments.

Still if you want to ban the book, please do so by following all the legal procedures. But the government knows that it cannot (legally) challenge the decision taken by a committee of prominent people appointed by the same government.

With such undemocratic acts the government wants to pave the way to have absolute control over freedom of expression and thought.

Is a legal effort likely from like-minded people who don’t agree to the government’s cancellation of the award to author Anagha Lele?

No, there is no such effort. I am not in touch with anybody nor I am not trying to form any collective to do so.

Returning the award is an individual’s way to oppose the undemocratic acts of a government which wants to control what people read or write.

As an author I have a moral conviction and I exercised it when I returned the award.