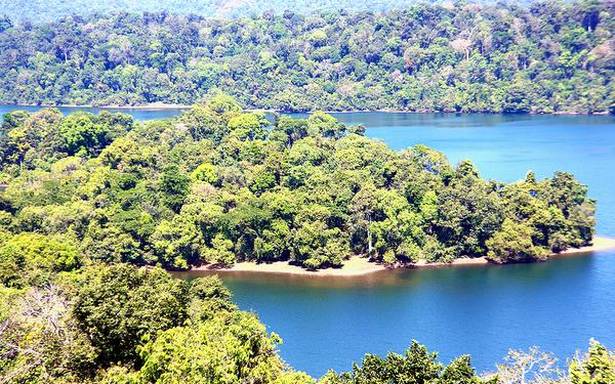 Environmental organisations in the State have asked the political parties to come up with a detailed report on the state of the Western Ghats, involving scientists from institutions such as Kerala Forest Research Institute and other experts, within one year of their coming to power. The demand is part of a manifesto to check climate change submitted to the political parties ahead of the Assembly polls.

The forum of environmental organisations cited the deterioration of the Western Ghats as the reason for the two great floods the State encountered in the recent past. The Western Ghats played a major role in determining the climate of the State and endangering the ghats was destructive, the forum said. It also demanded that the report prepared should be discussed widely and that an action plan be formed for the protection of the ghats.

The manifesto demanded restricting mining, be it granite, laterite or sand, to the public sector. A resource audit of natural resources, repeal of the KMMC rules and passing of a new law to ensure ecological balance were also demanded. The forum called for encouraging electric vehicles to improve the air quality of the State. Mobile units, in addition to the permanent facility in every district to monitor air quality, a law against burning of plastic, encouragement to non-polluting industries, facility for e-waste management and proper implementation of the organic farming policy have also been demanded. The forum said that the State Climate Action Plan of 2013 was inadequate and that it needed to be revised after discussion with experts across the State.

A separate project has been suggested for the coastal area of the State which often faces sea erosion. Permission should be given to new projects, be it public sector or private sector, only after considering their carbon footprint. Climate resilience should be ensured in sectors such as agriculture and water management, the manifesto said.