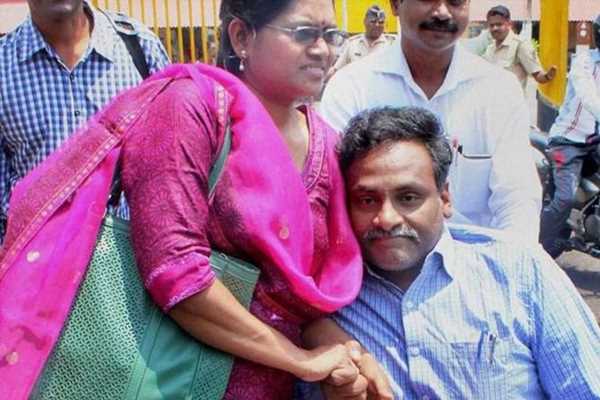 The Nagpur bench of the Bombay High Court acquitted Saibaba on Friday and ordered his immediate release from jail.

A division bench of justices Rohit Deo and Anil Pansare also allowed an appeal filed by Saibaba challenging a 2017 trial court order convicting him and sentencing him to life imprisonment.

Saibaba, who is wheelchair-bound, is currently lodged at the Nagpur central prison.

“We had faith that he would be acquitted because he did not do anything wrong. There was no crime and no evidence. I am thankful to the judiciary and all those who supported us,” Vasantha Kumari told PTI over phone.

In March 2017, a sessions court in Maharashtra’s Gadchiroli district convicted Saibaba and other people, including a journalist and a Jawaharlal Nehru University student, for alleged Maoist links and for indulging in activities amounting to waging war against the country.

The court had held Saibaba and the others guilty under various provisions of the stringent Unlawful Activities (Prevention) Act (UAPA) and the Indian Penal Code.