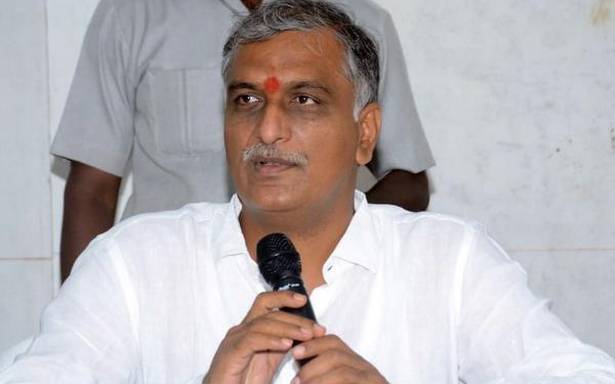 Asks officials to focus on vaccination of 15-18 age group

The Minister on Friday conducted a teleconference with officials concerned at grassroot level on Friday to check the preparedness for the third wave.

He wanted the officials concerned to focus on completion of vaccination, especially for youth in the age group of 15-18 years which started recently. Reminding that youngsters would visit their homes during the Sankranti festival, he said officials should focus on educating them on the need for taking vaccination to avoid exposure to the virus.

At the same time, officials should focus on covering the total population with two doses of vaccination. Officials should also be prepared for administering booster doses to people aged above 60 from January 10. Steps should be taken to ensure that people with co-morbidities were identified for administering two doses of vaccine as well as booster dose. Accredited Social Health Activists should motivate people to get inoculated so that there were no leftovers in vaccine administration in the areas allotted to them.

The State government, for its part, had ensured availability of one crore home isolation kits and two crore diagnostic kits and these were positioned at all the district health centres as well as sub-centres. Steps should be taken to check people with symptoms and ensure isolation in cases of people who needed it.

Health condition of people susceptible to the virus should be tracked on a daily basis and officials should ensure that people with symptoms were moved to the nearest health centre for timely treatment. Mr. Harish Rao said though there were reports that the spread of the third wave was faster, studies suggested that threat to life was lower.

Accordingly, people should be educated to see that they took adequate precautions and avoid incurring huge expenditure on account of visiting private hospitals. Government hospitals were equipped with all facilities to tackle the pandemic and efforts should be made to see to it that people approached the State-run medical centres.