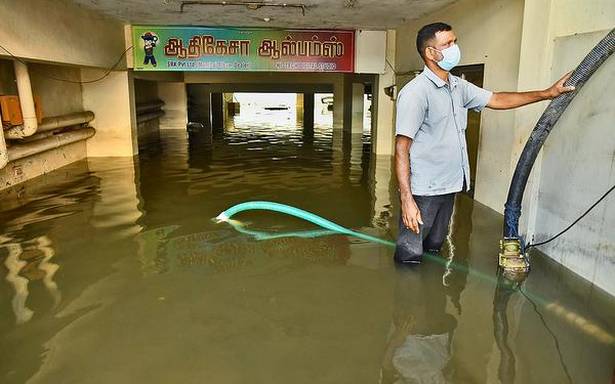 Water level at the Bhavanisagar Dam crossed 93 feet against the full reservoir level of 105 feet on Monday. Public Works Department officials said that at 8 a.m., the water level stood at 93.13 feet, while the inflow was 2,389 cusecs and the discharge 200 cusecs in River Bhavani and 800 cusecs in Arakkankottai and Thadapalli Canals.

Due to flooding at the underground car parking area at a complex near Ramakrishna road, the parked cars submerged.