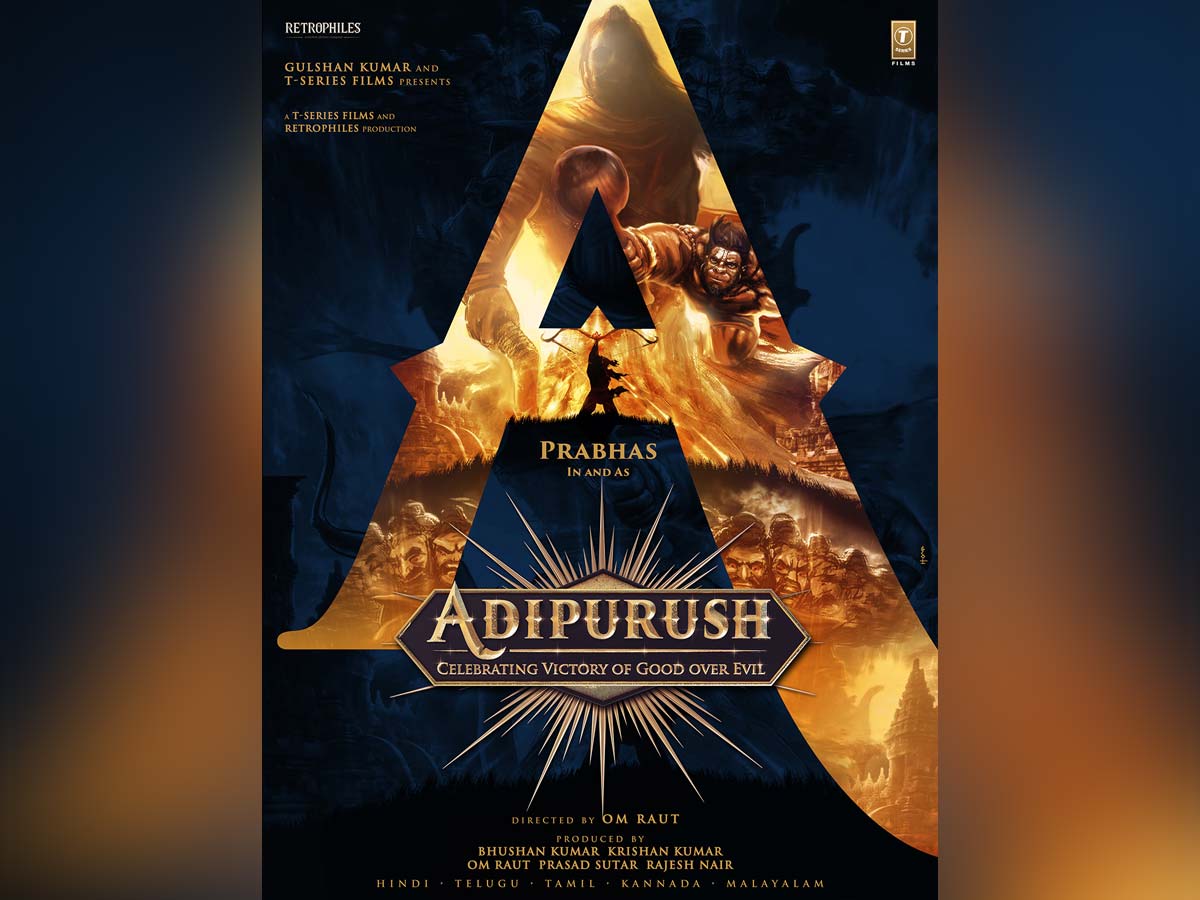 The director Om Raut has invested all his energies in adapting Ramayana for the big screen with Adipurush in which Young Rebel star Prabhas is playing the lead role and he is essaying Lord Ram.  Currently the  film is in the post production stage.  As Prabhas’ previous offerings Saaho and Radhe Shyam turned out commercially flop at the box office, he is pinning hopes on Adipurush.

Prabhas’s fans are not too pleased with the promotions of this upcoming big budget saga Adipurush. They have been urging the makers to start the promotional activities as soon as possible.  The movie lovers are eagerly waiting for the first look poster of Prabhas from Adiprush. But instead of sharing any update regarding the first look poster, Om Raut is doing his own arrangements.

Recently Om Raut interacted with media revealed, “Adipurush is mega epic action drama and the movie will leave the pan India audience spellbound.  The entire shoot of this film has been already completed and  We are occupied with the post production now  which is progressing at a brisk pace.”

Om Raut concluded it by saying  he has his team are super confident about Adipurush’s success.

Apart from Adipurush, Prabhas will also be seen in Salaar, Spirit and Maruthi’ film.