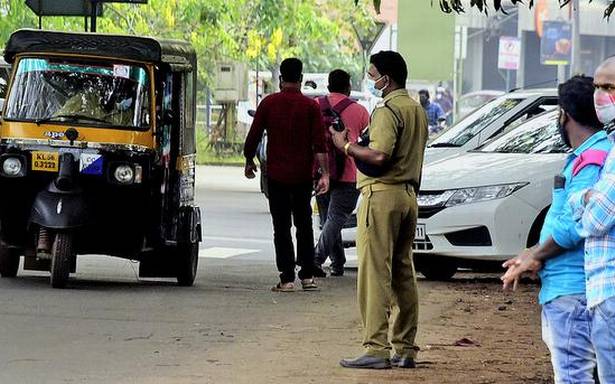 They mostly do traffic-related duties in district

Nearly 400 home guards currently assisting the police and the Fire and Rescue Services in Kozhikode district have called for a reasonable revision of their daily wage and other eligible allowances. Leaders of Kerala Home Guards Welfare Association say guards are now getting ₹780 a day which is not an adequate remuneration considering the eight hours of duty and the strenuous nature of work under many police stations.

The lack of any other major allowances, leave benefits, insurance support and other treatment aid prompts many to support the call for a better daily wage that can help them survive the impact of the inflation. Many of them continue in the field because of their passion for service after retiring from the armed forces. The remuneration is yet to match the actual skills and work experience of the guards and many manage living expenses by clubbing it with their pension amount.

“There are retired honorary captains and subedar majors with long years of experience who work with the police and fire service in various humble roles here. They turn up for the demanding job mainly to keep themselves engaged and do whatever service possible to the uniformed forces. We feel that they can be honoured with a better wage equal to that of a civil police officer,” a functionary of the Kerala Home Guards Welfare Association said. He also made it clear that no guard would resort to any street protest or demonstration to win the cause as they all wanted the revision as a token of appreciation from the government.

The association functionaries said they had already submitted their pleas to all the higher authorities concerned for a favourable action at the earliest. If approved, nearly 3,000 home guards, including women, would get its direct benefits and perform better in their service, they pointed out.

In Kozhikode district, the police have been mostly employing home guards for traffic-related duties. Considering the strenuous nature of the job, the working hours for those on traffic duty is six hours.

On completion of three-hour duty, they are given three hours rest time before resuming the second shift at the assigned spot. For others, eight hours’ duty is mandatory to get the full daily wage.