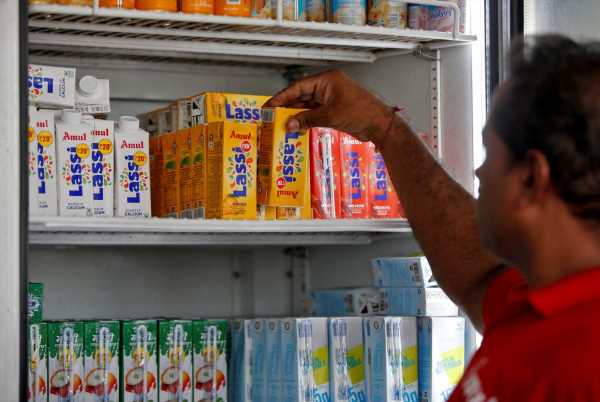 The adage “necessity is the mother of invention” fits well for brand Amul, which is owned and marketed by the Gujarat Cooperative Milk Marketing Federation (GCMMF).

During the Covid-19 nationwide lockdown, which lasted for several months from March 2020, the leading dairy cooperative brand ensured seamless supply of milk and milk products across its markets.

At a time when other food and beverage (F&B) brands took a hit during the lockdown, Amul was on a product-launching spree.

From immunity boosting milk in variants of turmeric, ginger and tulsi to Indian sweets like mohanthal, barfi, kaju katli and laddoo, Amul made the most of the lockdown by launching around 33 products and variants then. Till date, Amul has launched more than 100 products across dairy and non-dairy categories since Covid.

The latest one is frozen french-fries produced by its member dairy Banas’s newly-commissioned potato processing plant.

The dairy major is transforming into a full-fledged F&B and fast moving consumer goods (FMCG) player.

Yet, for Amul, this is not a deviation from its core strengths, rather building on them.

“Primarily, most of the new product launches are milk based but to help double the income of our farmer members, non-dairy products have also been launched. They include honey, atta (flour), and potato-based products, among other things,” said Jayen Mehta, chief operating officer (COO), Amul.

According to Mehta, Amul is expanding its horizons into non-milk-based food categories keeping its focus on doubling the income of the federation’s 3.6 million farmers. It procures around 28 million litres of milk per day from them.

“Keeping the milk business as the backbone, other food categories are being inducted to help our own farmer members. Thus, we are heading towards becoming a well-rounded food and beverage company. The brand connection becomes stronger, both with the producer as well as the consumer,” Mehta added.

A dairy farmer member of Amul is encouraged to engage in as many ancillary farming activities with the assurance of Amul’s brand and market.

As such, Amul has a strong base of 3.6 million milk producers across 18,600 villages of Gujarat. These people are members of its dairy cooperatives.

According to GCMMF managing director (MD) R S Sodhi, the lockdown only expedited the dairy major’s move to build its product portfolio in dairy and non-dairy packaged products.

“During the lockdown, consumers have been opting for packed foods and went for trustworthy brands. With all the launches, be it immunity-boosting milk variants or bakery products, we have stuck to our core values of offering quality and affordable products. Of course, milk continues to be our main focus,” Sodhi had told Business Standard earlier.

Its product-launching spree is set to continue even as Amul looks to add organic agriculture produce in more staples like atta, rice and pulses.

It would also roll out high-protein products like protein shakes, protein water, protein chocolate, protein ice-cream and protein yogurt in the next few months.

Also on cards are more milk packing plants across India to cater to the growing milk demand. Around 8-10 milk packaging stations of at least 100,000 units capacity each are getting added each year.

The expansion plan is also being executed at the distribution level with Amul adding more distributors in towns less than 10,000 population. It is expanding its branch network to more than 78 branches across the country.

“We have also expanded our Amul parlour network to over 10,000 now. Amul distribution network and supply chain worked in an uninterrupted manner during the pandemic and that has made our business more lucrative,” said Mehta.