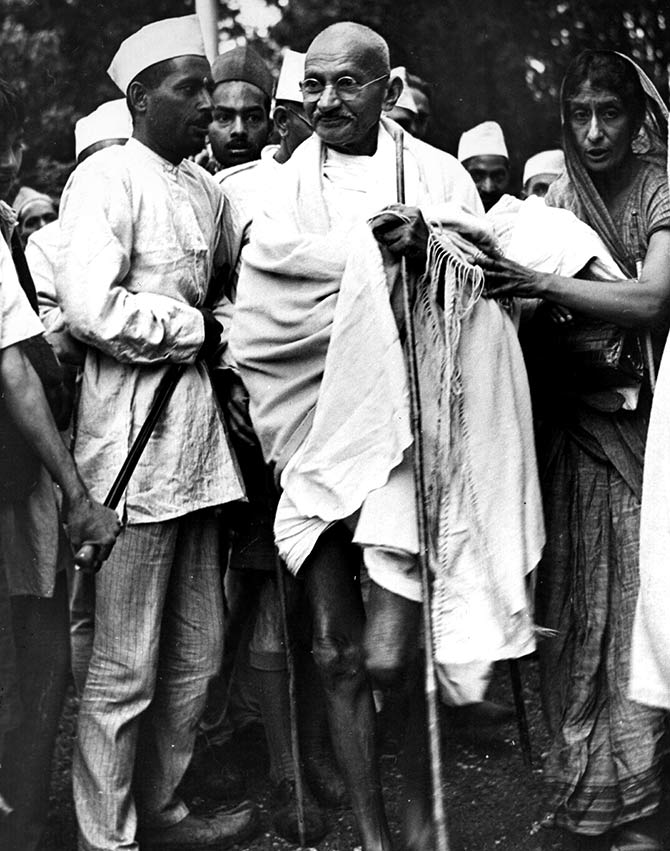 It was a unique celebration; there is no other instance where Harijans were feted to celebrate India’s Independence, reports Prakash Bhandari. Mohandas Karamchand Gandhi understood the evil of untouchability and the tragic travails that the so-called untouchables faced.

It was a scourge that he wanted to eradicate, through education and non-violent means, from Indian society.

He began by calling them Harijan in 1932, recounts historian Ramachandra Guha on his Web site (external link).

In the same year, Gandhi founded an organisation, the All India Harijan Sevak Sangh. Its main aims were:

In 1933, he renamed his weekly newspaper — till then called Young India — as Harijan, an English weekly which focused on the problems faced by the suppressed classes of society. He also published the Harijan Sevak in Hindi and Harijan Bandhu in Gujarati.

Praveen Chandra Chhabra, a 93-year-old journalist and a Gandhian, recalls, “Seth Sohan Lal Dugar, who was in the business of speculation and belonged to Fatehpur village near Jaipur, was such a great philanthropist that he was called ‘daanveer (the generous one)’.

“Dugar was childless, but had adopted two of his nephews as his sons. He ran a business from Jaipur and Kolkata.

“Though he earned lakhs of rupees, he would only keep the bare minimum that he needed to take care of his family; he would donate the remainder of his earnings to open schools, dispensaries, libraries and other social causes.

“Dugar was a true follower of Gandhiji. When Gandhiji started the Harijan Sewak Sangh, he supported the organisation by funding it. He admired Gandhiji for his attempt to eradicate untouchability.” 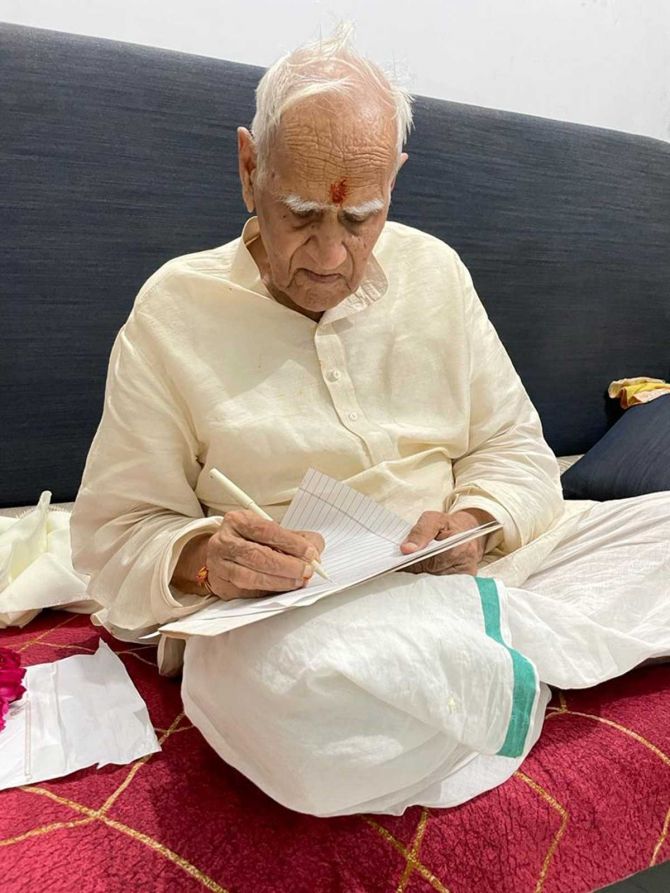 India’s Independence in 1947 was celebrated with great joy across the country.

Jaipur, which was then a principality with a population of around 250,000 people, was ruled by Maharaja Sawai Man Singh II.

There were many in the principality who demanded freedom under the banner of the Praja Mandal, which was founded by Arjun Lal Sethi and Kapur Chand Patni. It was not part of the Congress but followed the Congress’s agenda.

“Dugar funded the Praja Mandal secretly to enable it to continue its show,” recalls Chhabra, who was a teenager then as was another well-known journalist, Milap Chand Dandia.

Kumar, who was an active member of the Praja Mandal, is a living witness of India’s freedom struggle. “As a follower of Mahatma Gandhi, Dugar believed that scavengers were not ‘untouchables’ and there was no high or low caste.

“On the evening of August 15, 1947, he decided to celebrate India’s Independence by organising a jeonar (grand feast) for the Harijans. He invited 500 Harijan men and women. The grand feast was organised on the rooftop of the Bullion Building at Jaipur’s Johri Bazar’s Haldiyon Ka Rasta.

“Jaipur celebrated India’s Independence like it celebrated Diwali; the city was lit up and the youth came out on the streets with the Tricolour in their hands. Slogans rent the air,” he recalls. Chhabra says Dugar’s decision to organise the jeonar for the Harijans surprised everyone, including the Praja Mandal leaders.

Many from the higher castes were critical of this feast. They issued a warning — those who attended the feast and fed the Harijans would face a social boycott.

But Seth Dugar did not care. Not only did Dugar ask the Praja Mandal leaders to serve his guests food, he also asked them to sit and share in the meal which they readily did.

“Seth Dugar presented coins worth Rs 5 to each Harijan. In today’s terms, that would be about Rs 2,500. He also distributed clothes to his Harijan guests.

“Hari Shankar Siddhant Shastri was a Harijan and a freedom fighter, yet the members of Praja Mandal would at the most drink tea with him. But, on that day, the Praja Mandal members sat with the Harijans and enjoyed the feast.

It was a unique celebration; there is no other instance where Harijans were feted to celebrate India’s Independence. 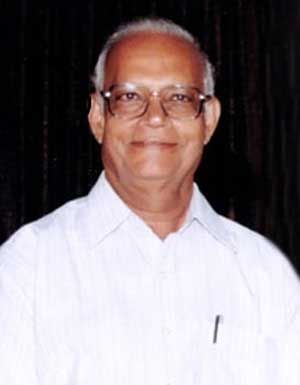 “We were in school then,” recalls veteran journalist Milap Chand Dandia.

“The schools were run by the maharaja under his education department. Our school had both Hindu and Muslim students. We were given a packet of laddoos by the school management.

“Prime Minister V T Krishnamachari (he was the prime minister of Jaipur from 1946 to 1949) led a procession to celebrate India’s Independence.

“In the evening, we were surprised to see groups of Harijans singing and dancing and going towards the Bullion Building where Seth Dugar has organised the grand feast.

“A large number of people, mostly businessmen, had assembled to see the large gathering of the Harijans being feted by a true Gandhian.” 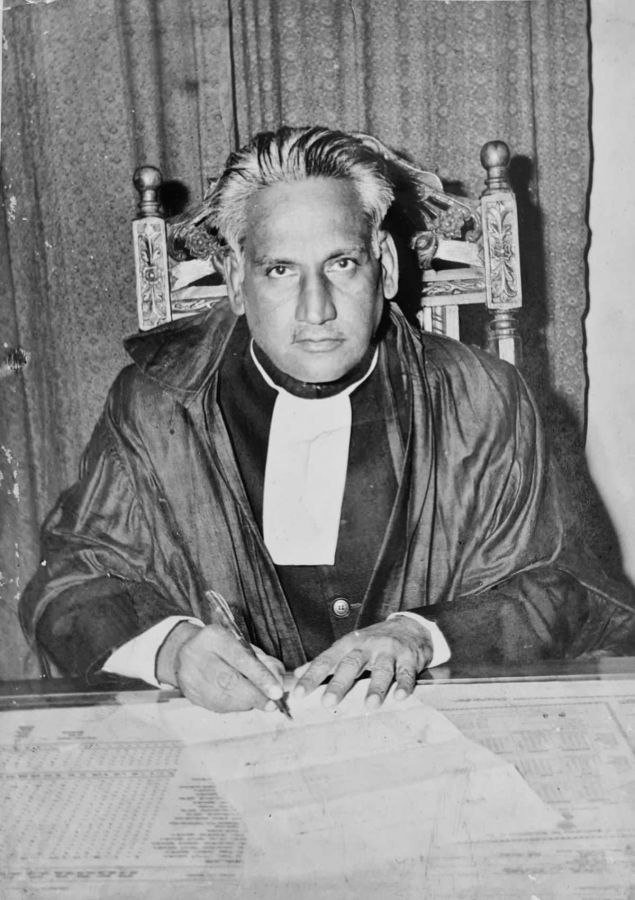 When Gandhiji came to know about this grand feast organised by Seth Dugar, and about the cash and clothes he gifted the Harijans, he was touched. He asked Dugar to come and meet him in Delhi.

“In 1952, my father Daulat Mal Bhandari — who was a Praja Mandal leader and later a Congress leader — asked him to contest India’s first Lok Sabha election as the Congress candidate from the Jaipur constituency.

“Seth Dugar smiled and replied that he was a speculator who was interested in earning money and evaded paying income tax. ‘Would you field a person who hides his income and does not pay income tax as the Congress candidate?’ he asked my father.

“Later, my father contested as the Congress candidate from Jaipur. Seth Dugar funded his election campaign and he emerged as the winner to become Jaipur’s first Lok Sabha member.” 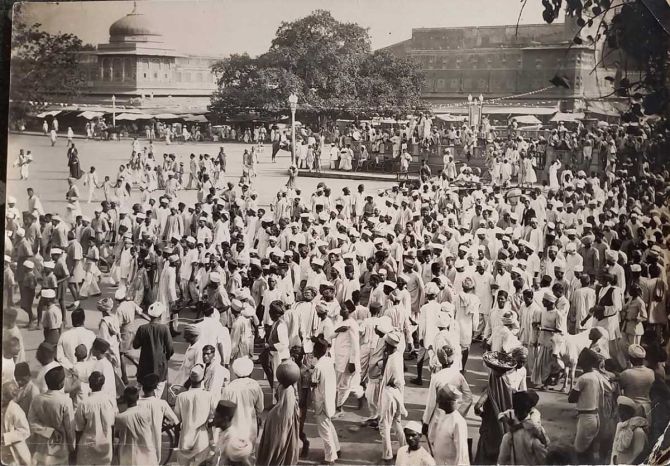