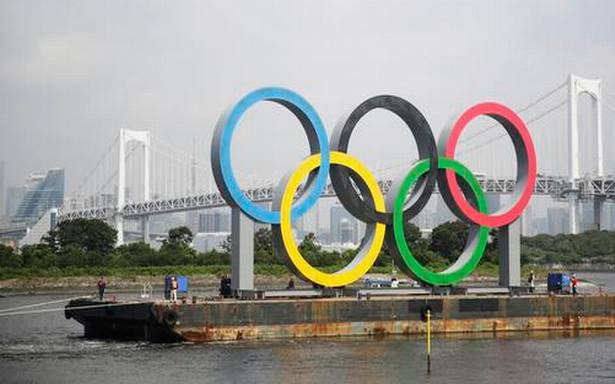 Goodwill, friendship, and competition … this is what I stand for.

Who am I: The one event that brings people of the world together in a spirit of fun and competitiveness: the Olympics. This time it’s being held in Tokyo, after being postponed for a year due to COVID-19.

Back in time: My story begins in 776 BCE, more than 2700 years ago, in Olympia, Greece. The village was named after Mount Olympia, the home of the Greek Gods and Goddesses. Every four years, athletes from the different city-states participated in sports as varied as fencing, chariot-racing, and other field events. It is believed that my last appearance as a sporting event of the ancient world was held around 396 CE.

My spirit: The Olympic Games represents goodwill, friendship, and competition among the Greek city states. This spirit would take another 1500 years — and one man’s vision, Baron Pierre de Courbetin — to be reborn. Courbetin founded the International Olympic Committee and made possible my revival in the modern era with the Olympics in Athens in 1896!

Since then: I have travelled the world every four years. More than anything else, I stand for sportsmanship. It’s this spirit that has produced heroes.

Heroes: One of the earliest in ancient times was Koroibos, a cook from the city of Elis, who won the stadion race, a foot race 600 feet long! In 1896, a water carrier, Spyridon Louis won the marathon, a distance of 26.2 miles, when it was introduced. Paavo Nurmi, the Flying Finn, set records in long-distance races of the 1920, and 1924 Olympics. Emil Zatopek, the ‘Czech locomotive’ emulated him in 1952 by setting records in the 5000, and 10000 metre races. Jesse Owens, the African-American athlete won four golds in the 1936 Berlin Olympics as the fascist dictator, Hitler, watched. From India, hockey star Dhyan Chand, who as a child played hockey in the moonlight, was part of the gold-medal winning Indian team in 1928, 1932 and 1936. The team would win gold in hockey again in 1948, 1952, 1956, 1964, and 1980: the most successful hockey team in the games. The list goes on!

Fun fact: The Olympic mascot reflects the cultural heritage of the host country. This became a practice from the 1932 Los Angeles Olympics. Both summer and winter Olympics — hosted two years apart — have their own mascots. The mascot this year in Tokyo is a robot called Miraitowa. The 2022 Beijing Winter Games will have a giant panda called Bing Dwen Dwen.