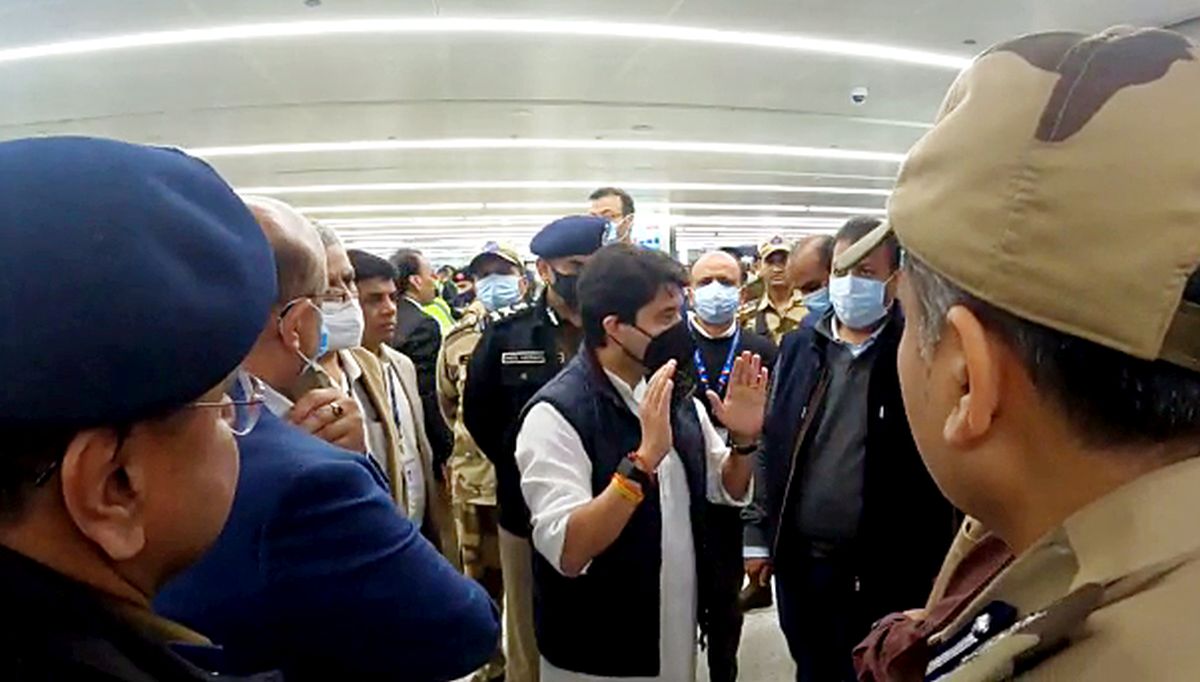 ‘Airports must look at their maximum capacity to handle passengers.’ 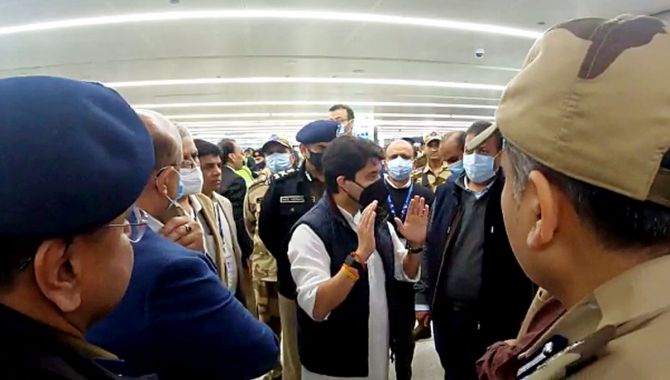 Later, in an interview with Deepak Patel/Business Standard, Scindia spoke about the steps being taken to deal with congestion, no decision about selling the Airports Authority of India’s stakes in major airports, and the divestment plans for Alliance Air and other two units.

Congestion at major airports such as Delhi, Mumbai, and Bengaluru has been an issue for the past few days…

We are going through the peak season. The fact is that pre-Covid, our highest domestic passenger numbers were roughly about 407,000 a day, and we crested that last Monday and reached 413,000. So, there is a huge desire among people to fly. Having said that, it does lead to a situation you described as congestion.

Last Wednesday, in a meeting with airport operators and other stakeholders, we analysed where the bottlenecks are on the critical path, starting from the point a passenger arrives at the airport to when he boards the flight. And we devised solutions looking at those bottlenecks.

Mainly, a lot of this congestion is today taking place in Delhi and to a certain degree in Mumbai, but not so much in other airports.

First, what we must do is a proper planning of arrivals and departures of aircraft, especially during peak hours, based on the capacity to handle passengers from the point of their arrival at the airport to boarding the plane, as distinct from the other way around. I have instructed the airports to look at that process.

Second, I’ve spoken to customs, immigration, the CISF (Central Industrial Security Force), and the airport operators and told them we must ensure all the landing cards (which are a must for international passengers arriving in India) are distributed inside the flights. Therefore, queuing up doesn’t happen when you come out of the plane.

Third, one must look at the security check procedure — the number of lanes that we have for security checks, hand baggage clearance, frisking, etc — and augment capacity there.

Fourth, in terms of both immigration desks and the CISF security personnel, we’ve looked at these three or four main airports.

The first point means rearranging flights during peak hours based on the capacity of the airports to handle passengers during those peak hours.

Correct. So, for example, an airport has X flights taking off and landing because it wants to maximise the utility of its peak hours. But it doesn’t have the ability to process the passengers, so that’s a faulty exercise.

The landings and departures should be decided based on the airport’s ability to process passengers through this chain consisting of points such as the terminal entry, check-in counter, and security check. So, the airport must look at its maximum capacity to handle passengers across all of these points.

Based on that, it should schedule how many landings and take-offs it should allow and not the other way around.

So, have the airports agreed to rearrange their flights based on their passenger handling capacity?

It has started. For example, Delhi has rearranged its peak hour landings and take-offs and they are taking some flights from the T3 terminal to the T1 terminal. All this process has started as I have been on it for the last two days.

AAI holds significant stakes in major airports in Delhi, Mumbai, Bengaluru, and Hyderabad. Have you deferred the plan to sell the stakes? Or is the process still on?

No decision has been taken about (selling stakes at) these airports. We look at the passenger throughput on a per day basis. So, if you look at passenger traffic, we are looking at a very high growth rate over the next couple of years. So at this point of time we’ve taken no decision.

Eleven airports have been cleared to be leased to private players. Can you give the status?

We’re looking at a 50-year lease for these airports, very much like the earlier lot that went out. We are also looking at the same modus operandi (for bidding process). This means that the AAI will get two cash flows.

Cash flow number one is for the investment that has already been made in these airports. The second cash flow will be from the per passenger fee, which will be the basis for bidding.

Can you tell us in what stage the divestment process is in Alliance Air, AI Engineering Services (AIESL), and AI Airport Services (AIASL)?

Will they be privatised together?

These three companies have approximately 19,000 employees. Like Air India, will the government have a lock-in period of one year for these employees?

It is not a cookie-cutter approach. I think the key to understand is that it must be a win-win exercise for all stakeholders. You have seen with the Air India transactions that we have our ear to the ground.

There is a process and we will follow it to ensure that the divestment is a successful transaction for all parties and all stakeholders concerned.

According to your estimates, when will Jet Airways resume operations?

It is not in my control, but an NCLT (National Company Law Tribunal) issue. And it (Jet) has to resolve issues with its lenders as well as lessors.

I am hopeful by the middle of next year we will see the rebirth of Jet Airways.