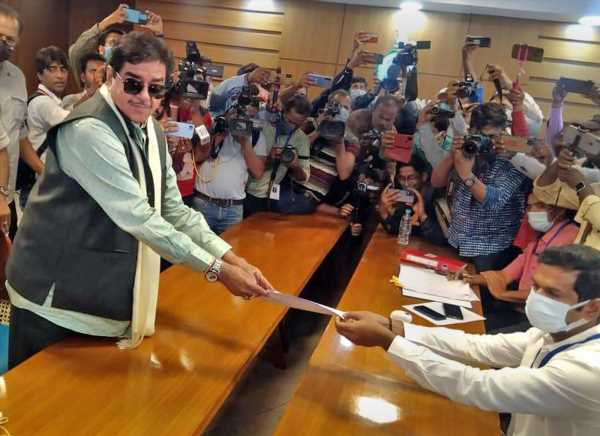 ‘I had to get back into Parliament. Mamata has given me that opportunity.’

Shatrughan Sinha takes time off from his campaign in Asansol to explain to Rediff.com Senior Contributor Subhash K Jha why he accepted Mamata Banerjee’s invitation to join the Trinamool Congress and contest the by-election for the Lok Sabha from Asansol.

Shatruji, I’ve been trying to track you down the whole day,

I know. I got all your messages. But I’ve been on the move in the interiors of Bengal. There was no network. This is the first opportunity I have had to call you, and here I am. Ask me anything.

Thank you Sir. Everyone is talking about Shatrughan Sinha crossing over to Mamata Banerjee’s TMC. Just some months ago you had joined the Congress.

Haan Subhash. Kya karen? Do you know Mamata? Do you think anyone can say no to her? She has always been very fond of me. So when she tweeted about Shatrughan Sinha joining her party…

You mean she announced your entry into the TMC without asking you?

Yes, she tweeted first, then I was told. With so much love and affection. Then my mentor Yashwant Sinhaji also got into it. I was left with no choice, but to say yes.

But it all seems so sudden.

Sudden, maybe. But not without thought. I don’t jump into anything without thinking.

But yes, Mamata is someone I’ve always admired. I have known her for many years and admired her for her selfless governance.

Her love for the people is unconditional. Her spirit, her spunk and her grit… She will not bow down to any pressure.

She won’t be bullied by anyone. But above all, I love her simplicity, her saadgi

I believe she still wears sarees that cost Rs 200.

And chappals that cost even less. Mamata is a people’s person, a yaaron ka yaaron dushmanon ka dushman, just like me.

When she tweeted that I was joining her party I was like, ‘Aap kahen aur hum na aaye aise to haalaat nahin.’ There is another major factor that came into play in my decision to join Mamata. 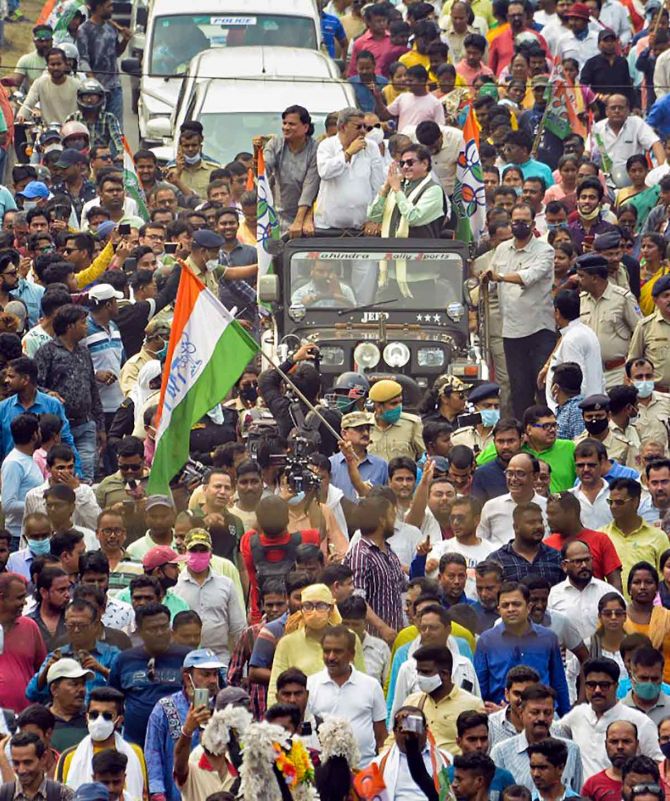 Settling of scores. I had to settle scores with the ruling government for the way they treated me during the last election. It was very humiliating for me.

I had to get back into Parliament. Mamata has given me that opportunity and I am grateful to her.

The crowds here have to be seen to believed. People are just flocking to my campaign speeches. Winning seems inevitable.

The thing now, is by what kind of margin will I win?

How are your relations with the Congress now?

I wouldn’t like to say anything on that. It isn’t proper or decent to pull down what is already a troubled party.