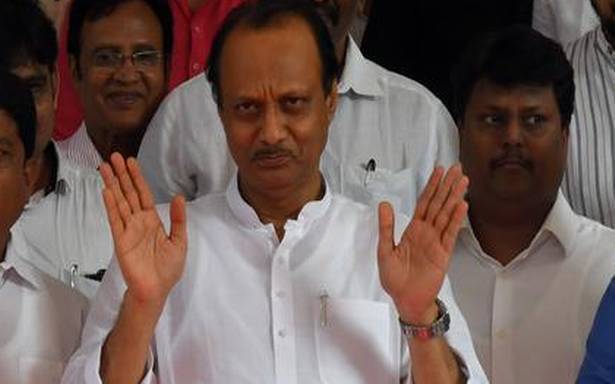 The premises linked to as DB Realty, Shivalik, Jarandeshwar Sahkari Sugar Karkhana and businesses linked to Mr. Pawar’s sisters are being covered under the ongoing operation.

They said the searches are being conducted in Mumbai, Pune, Satara and a few other cities of in Maharashtra and Goa.

The premises linked to business groups such as DB Realty, Shivalik, Jarandeshwar Sahkari Sugar Karkhana (Jarandeshwar SSK) and businesses linked to Mr. Pawar’s sisters are being covered under the ongoing operation, the sources said.

Some documents have been recovered and are being studied, they said.

Jarandeshwar SSK was in the news recently after the Enforcement Directorate (ED), in July, attached over ₹65 crore worth of land, building, plant and machinery of its sugar mill at Chimangaon-Koregaon in Satara under the anti-money laundering law.

The ED had claimed that the cooperative-run sugar mill was linked to Mr. Pawar and his family.

"The assets (of Jarandeshwar SSK) are currently held in the name of Guru Commodity Services Pvt Ltd (an alleged dummy company) and leased to Jarandeshwar Sugar Mills Pvt Ltd," the ED had alleged in a statement.

Mr. Pawar had then denied any wrongdoing.

The ED action was part of its probe into the Maharashtra State Cooperative Bank (MSCB) scam case where it is alleged that SSKs were fraudulently sold by the then officials and directors of MSCB at throwaway prices to their own relatives and private people "without following" due procedure prescribed under the SARFAESI Act.

The ED said that MSCB conducted auction of Jarandeshwar SSK in 2010 at an "under-valued price" and without following due procedure.

"Ajit Pawarwas one of the prominent and influential members of board of directors of MSCB at the relevant time." "The SSK was purchased by Guru Commodity Services Pvt Ltd and was immediately leased to Jarandeshwar Sugar Mills Pvt Ltd, which is presently operating the Jarandeshwar SSK," the ED claimed.

The "major part" of the funds utilised towards purchase of the said SSK was received from Jarandeshwar Sugar Mills Pvt Ltd which received the same from Sparkling Soil Pvt Ltd, a company related to Ajit Pawar and his wife, the agency alleged thus linking the NCP politician to the case.

The ED claimed that the attached sugar mill was "actually controlled and run" by Jarandeshwar Sugar Mills Pvt Ltd.