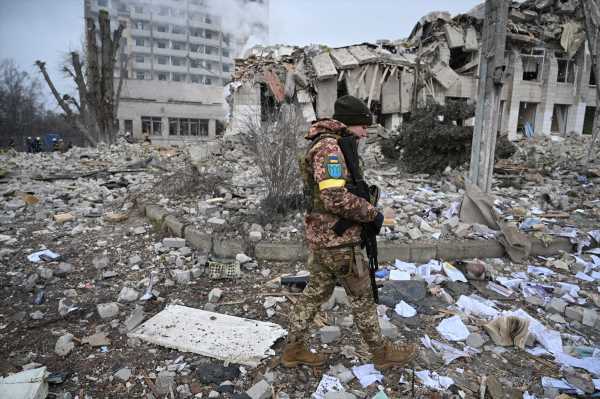 ‘Heroes are weak; they are cowards; they cry; they betray their fellow soldiers; they lie to their wives so that they can fight for their country and yet have their conscience devour them with guilt.’

Alfonso Masoliver, a reporter for the Spanish newspaper La Razon, based out of Madrid, who has been reporting from Donbas, Kyiv and Lviv, sent voice notes to Prasanna D Zore/Rediff.com that depict lives and times of three Ukrainians who have had a lasting impact on him.

Alfonso sent these voice notes — a cheaper way to communicate from a battle-torn nation — as he was scouring the streets of Lviv in search of stories.

“It’s not easy to talk about scenes one comes across in a war zone. Apart from the devastation, destruction, the human misery that vagaries of war wreak, wars also wreck lives and souls,” says Masoliver narrating the most powerful message of this brutal conflict. I was at the Donbas Front a week-and-a-half ago. There was heavy shelling (from the Russian side) and my car broke down in the middle of the battle. It was a very difficult moment because there was shelling all over the place; fire shots, the chaos all around. I had my bulletproof vest on and just hid behind a car and was waiting for those moments to pass because I am not a photographer or a cameraman.

I write for the newspaper (La Razon) so I don’t have the need to risk myself more than is necessary. I risk myself, of course, being here, but in the battle I don’t need to take unnecessary risks.

After a few days in a war zone, you kind of get used to continuous shelling and bombing. I have been in (covered) other conflicts in Africa but this is a very different kind of conflict and I’ll tell you why.

It is mostly about the weapons.

In Africa you can get shot, a grenade can hit you bad and that is mostly that. They don’t have better weapons (in the African continent) but here we are talking about the Russian army and they have high technology precision weapons and destructive artillery, which makes this conflict even more dangerous to cover. But as I told you, you actually get used to it. 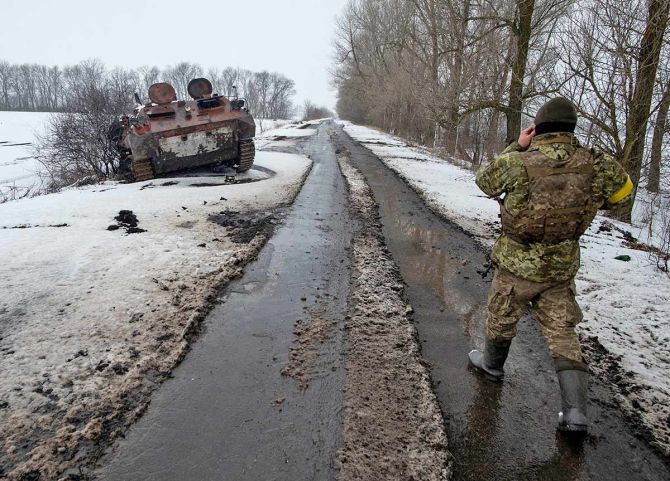 When I heard the alarms for the first time here, people would want to seek refuge and people are scared, but as time passes people understand that if every time you hear the alarms, you have to run away; you cannot go on with your life and you cannot interrupt your everyday life by running away (to hide in bunkers or safe shelters).

This night (Alfonso sent the voice notes on the evening of March 4) for instance, the alarms went on and on and on the whole night and it takes only a moment when you are like instead of being afraid are just fed up and wonder why don’t you (the Russians) attack at 9 pm or 10 pm or a more reasonable time.

Of course, it is not possible because the war has no logic or reason, but your feelings of fear are muted, feelings of anger even (are muted) and this is something that happens to everybody.

When it happens the first time, as I told you, people were scared, they were running away but now you know what they are going to bomb.

Here in Lviv, the scene is full of refugees and it’s from all over the country; it’s not just Ukrainians, it is Egyptians, Spanish and everybody else and there is, of course, no point of bombing this place. They obviously bomb military targets like airports, etc, but it is pretty calm here.

In Kyiv it is crazier, my friends there tell me.

I was in Kyiv a couple of days ago and when I was there we had bombings, but they were mostly outside the city. Now they are bombing older parts, urban areas of the city and my friends tell me people there don’t run, they just stay at home. 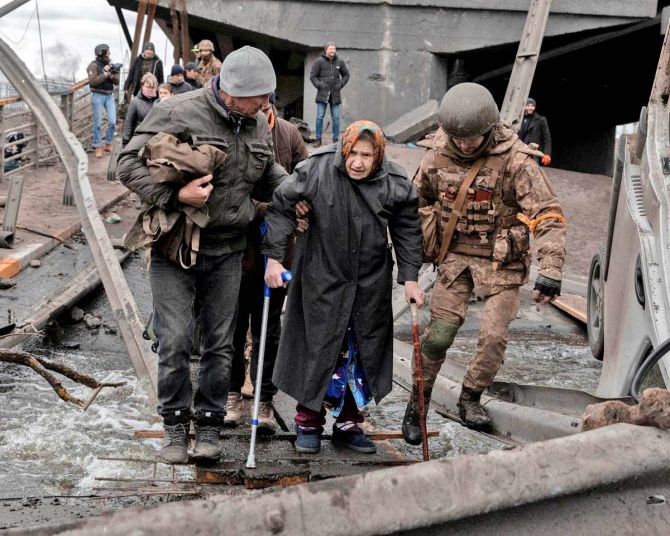 But I must tell you this incident which had a deep impact on my life when I was at Donbas.

As I told you, my car broke down in the middle of the battle it wasn’t an easy moment. As the fighting continued I heard this noise of a sawing machine and I was like ‘Who the hell is cutting wood at this moment?’

When the fighting went a little bit further (away from where I was), I knew I had to get help before dark because I was in one piece and if I stayed there in the middle of the border at night I didn’t know what was going to happen.

So I just followed the sound of the machine and I saw this very old man, with almost no teeth, cutting wood in his garden.

I went to him and I asked him from help, but I also asked him why was he cutting wood while they were dropping bombs and shooting guns just outside his door. He gave me this amazing answer which obviously will go with me for the rest of my life — a perfect example of the choices (human beings make) and the bravery of Ukrainians not just now (in 2022) but since 2014.

He told me the day I cannot cut wood in my garden even when my wife asks me to do so, then that is the day I know I have to leave my home.

That I think was a very powerful message — that bravery, that recognition of importance of everyday life to keep on going. 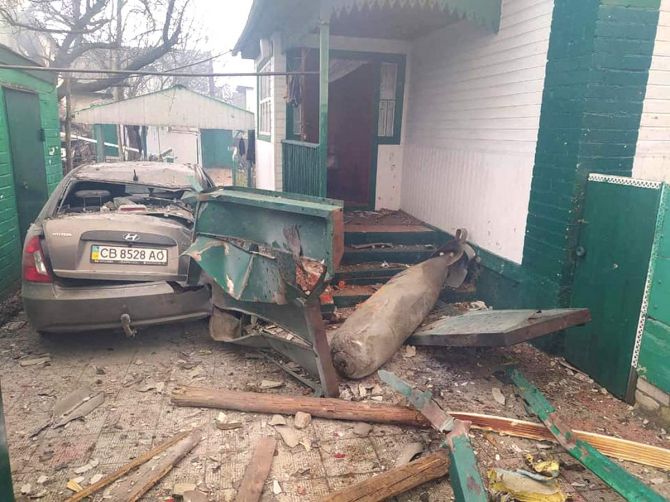 Another lesson this battle has taught me is the difference between being a coward and brave.

I was with a Rastaman (people who believe in peace) in the street a couple of minutes ago before I started sending voice notes and he believed he would die the moment he took a gun in his hand.

I asked him what was wrong with him, what happened to him. And he said, ‘I ran away from the battle; I am a deserter.’

He was fighting in the (Ukrainian) Army and then he just ran away. He told me, ‘I want to die (because of the guilt of betraying his army unit, his fellow brothers, his country), but I’m afraid of death man (the harsh reality of existence and being human).’

To empathise with him, I told him I wouldn’t like to be in his skin because I know it is very easy to judge people and tremendously difficult to wear shoes of somebody who was in the situation that this ‘deserter’ soldier was. I know this feeling of shame and guilt would remain with him for the rest of his life.

Maybe, this man was a happy man a week ago; he was a self-confident man a week ago and now he was just a shadow of his own self, a grey personality, a lost person. I could not stop pitying the situation he was in. 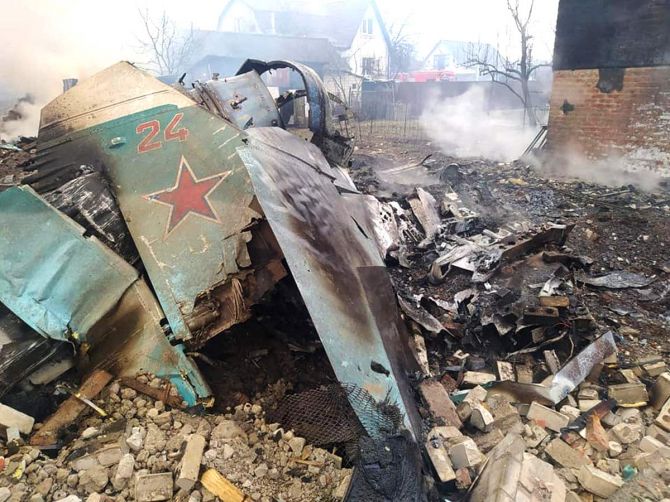 Then you have the other side of the story… you have the men and women (Ukrainians who have settled down in other countries), but mostly men, that are coming here from other countries too to respond to (Ukrainian President Volodymyr) Zelenskyy’s call (to come back and join the resistance against Russians).

I was with this man, a Ukrainian truck driver, settled in Poland with his wife and kids. I asked him why he was being so crazy to come to Ukraine from Poland to fight. I asked him if he was not worried about his wife and children because I know for sure if he entered this battle the chances of him going back to Poland are bleak, to say the least.

When I asked him the reason for his uncontrollable weeping he told me he was feeling terrible because he told his wife that he was going on a long trip with his truck and that he would be away for some time.

The wife didn’t suspect anything (amiss) as he would often go on long trips but this time he took his truck to the Polish border and left it there. He then crossed into Ukraine to fight and chances are he may die and his wife thinks he is in Germany or in France working for his family’s better future. 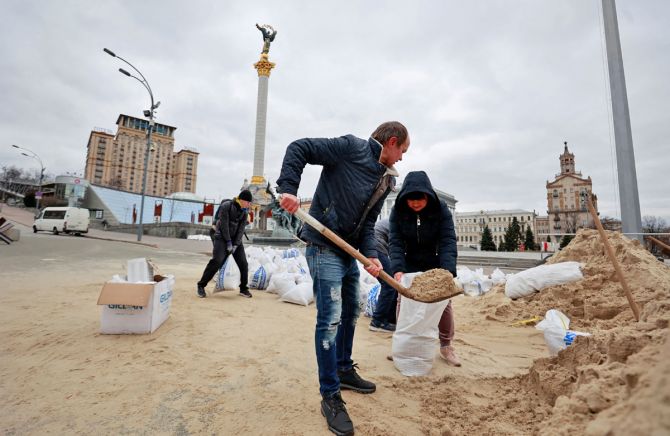 It’s not easy to talk about scenes one comes across in a war zone. Apart from the devastation, destruction, the human misery that vagaries of war wreak, wars also wreck lives and souls.

I would never get to see bravery and cowardice in such grey hues and still feel pity, pride and empathy for all the three Ukrainian men who were fighting for their survival, sanity and soul.

In movies they show boys (soldiers) as strong-headed Rambos who don’t cry, never feel weak, but that is not true man when one meets people like I met in an actual war situation. That is not true.

Heroes are weak; they are cowards; they cry; they betray their fellow soldiers; they lie to their wives so that they can fight for their country and yet have their conscience devour them with guilt.

This is the most powerful message of this war so far for me.