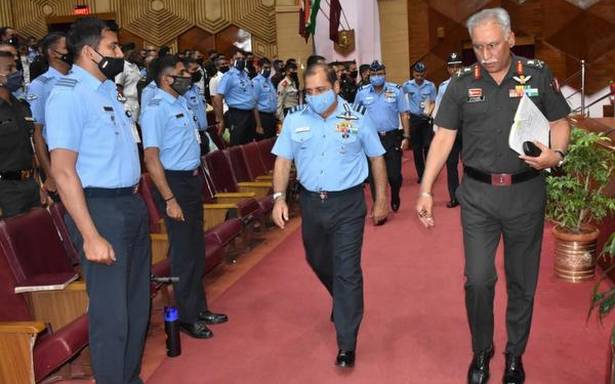 Sharing photos of ACM Bhadauria’s visit to the DSSC, the Indian Air Force tweeted that he addressed the faculty and the officers of the 76th Staff Course on the overall threat appreciation, leadership challenges of the future, and ways to reorient operational capability.

IAF also tweeted that the Chief of the Air Staff met the Air Officers Commanding and interacted with personnel of a Base Repair Depot (BRD) and an air base in the area of responsibility (AoR) of the Southern Air Command.

The tweet featured a photo of the IAF chief in the cockpit of an aircraft and another one of him inspecting a defence facility.

A defence spokesperson confirmed that the air base mentioned in the tweet was Sulur. The IAF chief arrived at Sulur Air Base in an AIF aircraft on Wednesday morning and left for Wellington. He returned to the Air Base and visited the 5 BRD before flying back to Bengaluru, the spokesperson said.